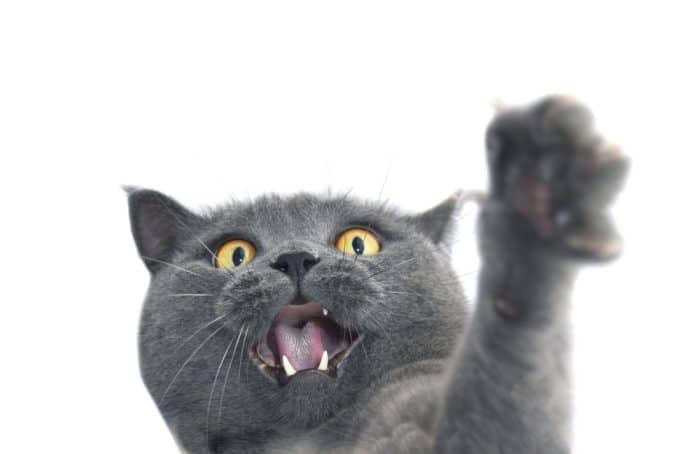 Are you thinking about getting a cat that gets along with everyone?

Is a British Shorthair, your first choice?

Are you wondering if they can be destructive or aggressive?

Fret no more, by the end of this article; you will have the answers to all your questions.

Do British Shorthair cats act aggressively? The straight-forward answer to this question is no. British Shorthairs are known to be laid-back and calm. It is not in their personality to act destructively. The passivity of this breed makes them the ideal house pet. However, there are some cases where a British Shorthair might get a little aggressive when it comes to their natural instincts.

Despite their peace-loving nature, there are some incidents where a British Shorthair can bite or excessively scratch furniture. Read further and learn more about the dark side of a British Blue. 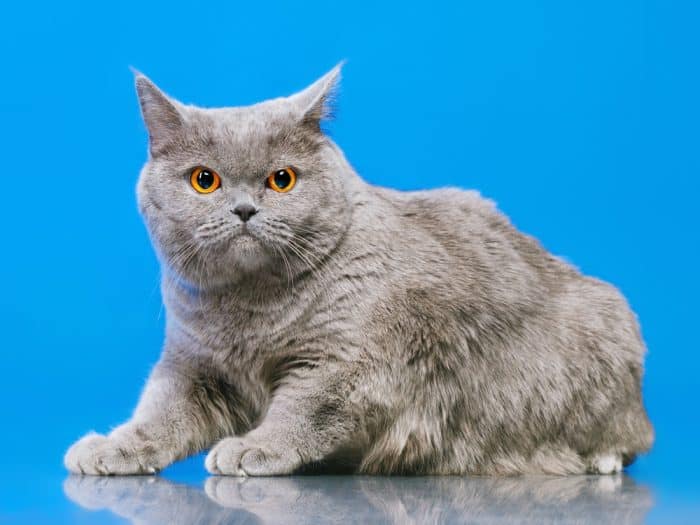 The British Shorthair cats are pleasant house pets that usually keep to themselves, and unconditionally loves their owners. The only usual scenario where you would need to worry about a British Shorthair’s temper is if you are a bird or a mouse.

The very self-behaved British Shorthair rarely gets aggressive. When it does lose that temper, they won’t scratch your eyes out.

It would simply walk away to recollect itself.

How will you know if they are infuriated? Well, like every other cat, this adorable feline creature will let you know with a hiss, bite, or a claw coming towards you.

What Can Cause Your British Shorthair To Get Destructive?

Cats are a lot like humans; in fact, research shows that a cat’s DNA is 90% similar to humans. As a human that can get provoked by some things, so can a cat.

The question arises, what are those things that can provoke a cat? What makes a British Shorthair get destructive?

For starters, the most obvious candidate is prey.

Let Mother Nature take its course and watch your cat aggressively prey on those small pets.

In other cases, you might notice that the British Shorthair is acting aggressively towards another pet, child, or someone else. This occurs when someone is knowingly or unintentionally provoking the cat.

We strongly urge you to look into this and find a way to make a safer and happier home for your cat.

Lastly, injury, health illness, and even dementia could be the reason behind their aggressive attitude. It can be challenging to figure this out, so we would recommend seeking help from a vet.

Nearing the end of their natural lifespan, cats could develop dementia, which is the reason why some generally calm cats become aggressive.

Alternatively, if you feel like nobody is bothering the cat, but it still acts aggressively, something else is wrong.

If you think the cat is still acting aggressively, it could be due to a number of other reasons. For instance, if your British Shorthair is a rescue pet, chances are they weren’t raised properly. They could have been abused or neglected.

In such cases, you just need to stay patient until these issues go away, or you could find someone that can help you resolve these issues.

Is Your British Shorthair Biting?

They are famously nicknamed the teddy bear cat, that should tell you how cuddly and loving this breed is.

However, at times, cats tend to nip at you playfully not knowing that it hurts you. You can tell the difference between a playful nip and an aggressive bite. They would bite you aggressively when they are provoked. You can go through what we discussed earlier to know what may provoke them and avoid being bitten.

Aggressive British Shorthairs and Other Pets or Children 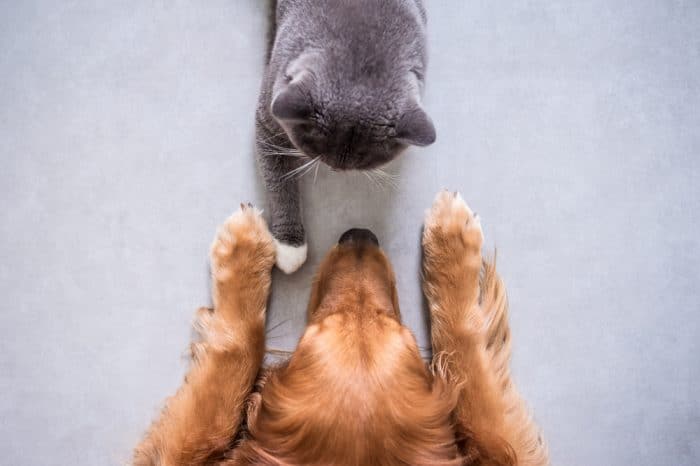 British Shorthairs will lash out only if they are provoked. They usually get along with other pets and children alike.

If they act aggressively towards another pet or one of the children, in particular, there are high chances that they are provoking the cat.

Small children or toddlers have a tendency to play with small pets by hugging or grabbing them. As a result, the cat could get accidentally or unintentionally hurt. So, if you see the cat hissing or scratching at the children, they are just trying to protect themselves.

Similarly, when there is a larger pet in the house, such as a dog. When they try to play with the cat, it might scare them.

Your British Shorthair cat will feel like a larger animal is invading her space. As a result, it could act out in an attempt to defend herself. When you get a British Shorthair, and there are small children at your place, keep an eye on them.

Give them some time to adjust in their new home, and having larger pets or small children around. Once they develop that bond with them, you will see them get along.

This could be an excellent opportunity to teach them how to treat the cat with a gentle touch and respect.

What To Do If Your Cat is Aggressive?

By this point, you know the things that can provoke a cat. Now, we will help you figure out how to avoid provoking them. If the children or another pet are provoking them, just stay vigilant and give them all time to adjust to each other.

When they are injured or ill, you should contact a vet. British Shorthair cats that are just generally aggressive may deal with some deeper issues.

As a kitten, if they didn’t get a chance to mingle with other cats or people, it could result in depression. Though British Shorthairs like their space, it is to an extent. They also yearn for interaction and socialization.

When they are depressed, they can get a little more aggressive. To fix this, you can work with a vet to give them proper treatment. Their intervention could help reduce anxiety and depression in the cat.

Some other ways to tackle their aggressive behavior includes;

Kittens are aggressive regardless of their breed. However, with time, as they grow into adults, they simmer down.

Some adult cats remain a little aggressive. This isn’t a result of provocation because, in the cat’s mind, they are just playing. Generally, cats that play aggressively unintentionally hurt you. And, the screaming and running away is perceived as a reward, which is why they do it again.

A responsible pet parent will have to create an environment that encourages appropriate playing. To do this, you can encourage them to play with puzzles, scratching posts, and toys they can climb. Doing this will also reduce their aggressive behavior.

British Shorthair cats make great pets. They have a laidback and loving attitude.

They would happily live inside or play outside. Additionally, they don’t obsessively seek your attention and remain as affectionate as every other cat.

British Shorthairs are one of the few breeds that rarely nip or bite. They have a good reputation for being stable, even-tempered, and friendly.

Do British shorthairs get along with cats?

By the time you and your British Shorthair have bonded, it is going to love you unconditionally. At times, you would find them following you around as well.

If you have other pets like a dog, cat, or rabbit, you can rest assured knowing that your British Shorthair is likely to go around making friends.