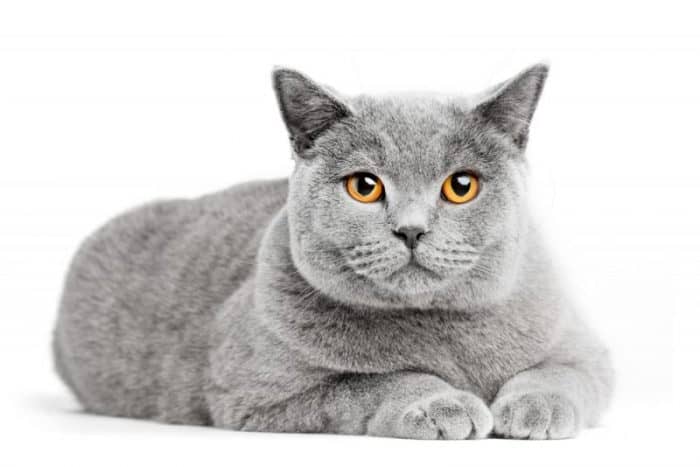 As a cat owner, you constantly worry about the health of your eccentric little fluff ball, and terms like Brachycephaly sure do sound scary.

Still worrying about the health of your British Shorthair? Here is why you don’t really need to worry. 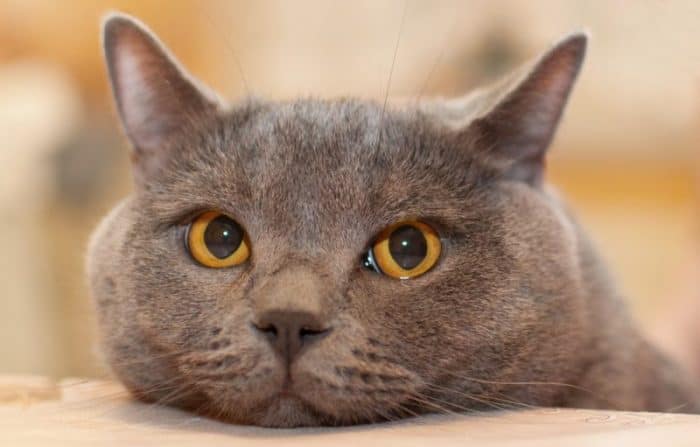 Yes, to a certain extent. British Shorthairs are brachycephalic, but it’s not that bad.

British Shorthair have a shortening of the skull along the vertical axis; this condition is called Brachycephaly. This is what gives British Shorthair their iconic round face, and that adorable turned-up nose!

Here is the deal about British Shorthair:

They have a smaller skull size than normal cats, that is just how they are born!

Now, most cat owners worry about the health of their British Shorthair when they find out that they are brachycephalic. A number of cat owners also worry about moral issues, as in, whether breeding of a congenitally unhealthy animal is ethical.

The answer is pretty simple:

British Shorthairs are healthy and sound!

They are actually one of the least disease-prone cats out of all cat breeds.

British Shorthair do have two health conditions; however, they are extremely rare and have nothing to do with them being brachycephalic. They do not suffer from any breathing problems or eye diseases. Most brachycephalic animals have extreme health conditions related to breathing problems and eye diseases, like Persian cats. British Shorthairs are not that way. They are burly little fluff balls with almost no diseases or complications.

Brachycephaly: What You Need To Know

Brachycephaly is also called the Flat Head Syndrome. This condition is genetic and occurs due to the premature fusion of skull bones. Several cat breeds like the Persians, Exotic Shorthairs, Himalayans have a “flat face.” Brachycephaly is actually found in cats as well as dogs.

Pugs, Boston Terriers, and Bulldogs, they all are brachycephalic.

While their small, flat faces are adorable, this condition creates several complications for these animals.

These breeds are known to have severe skin problems around their muzzles and tails. They also develop chronic eye lesions due to the shortening of their tear ducts. In addition to this, they also have chronic breathing problems.The three syndromes associated with Brachycephaly can be observed in full effect in Persian cats, The Himalayans, Pugs, and Bulldogs.

Their tear ducts are not shortened genetically, so their eyes are not prone to any eye infections or lesions.

In addition to this, British Shorthair do not have any skin irritation or infections. You just need to brush them once a week, and they will have a clean coat for the whole week.

They don’t have problems eating either; instead, it is hard to keep a British Shorthair from overeating!

Clearly, they have a normal digestive tract and a healthy digestive system.

British Shorthairs, our sturdy fellows, are known to lead a healthy and long life, provided that they are de-wormed, vaccinated, and taken care of.

Brachycephaly and Its Effects on Health and Lifespan of British Shorthair 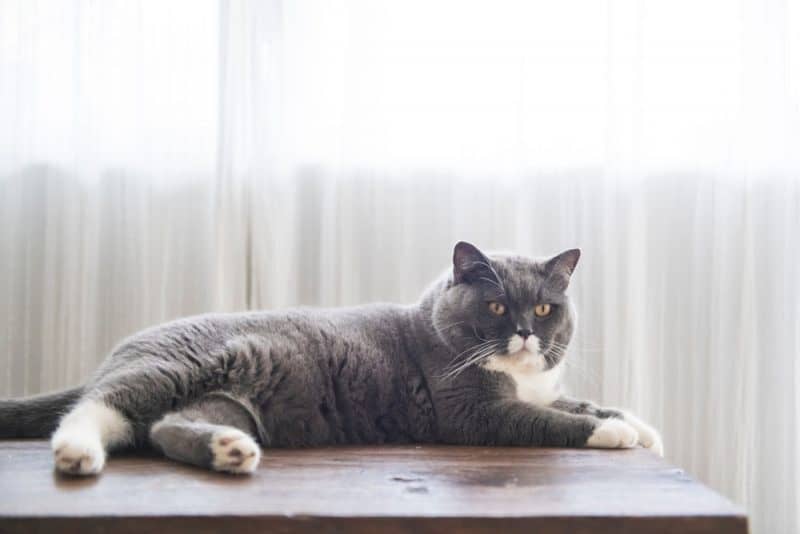 You are probably worried that Brachycephaly will make your British Shorthair suffer from diseases or compromise on its life.

Well, you don’t have to worry at all!

Sure, a number of pedigree cats have chronic diseases, and they suffer throughout their lives, but that is not the case with British Shorthair.

British Shorthairs are resistant to most diseases. They have a strong immune system, and they remain healthy throughout their life.

Skilled and experienced breeders are careful not to breed two closely related British Shorthairs as it might lead to a heightened risk of appearance of detrimental genetic traits, including certain diseases like Hemophilia.

Even if this happens owing to a miscalculated move of an inexperienced breeder, the resulting kittens must be neutered and never bred again.

It is already established that British Shorthairs are disease resistant, healthy cats. With that being said, some British Shorthairs do have chronic genetic diseases. These diseases are very rare, and they don’t crop up that often. If you get your cat checked regularly, your vet can pick up the early signs of any genetic disease that might be creeping up in your cat.

Hemophilia is a condition whereby blood is unable to clot, and hence, wounds aren’t able to heal correctly. This disease can be detected through blood tests. Typically, the cats carrying genes for Hemophilia are deemed as ‘inactive’ and are not bred further. This makes this disease ever more rare in these cats.

One thing that you actually need to worry about (that is not a genetic problem at all) in your British Shorthair is their laziness. They like to stay curled up in their cozy spot all day long. Adult British Shorthairs tend to get physically sedentary since these sturdy little creatures leave their old childish habits behind.

This, combined with their love for food (British Shorthairs overeat a lot), can negatively affect their health in a number of ways. So, encourage your British Shorthair to stay active by involving them in various interactive games.

British Shorthairs are very friendly and affectionate.  They enjoy attention but mostly like to keep to themselves. This doesn’t make them any less of a loving pet – on the contrary, they are tender, warm-hearted, and very calm creatures.  They will have occasional bursts of energy and activity before going back to their calm and mellow self, and they will love you through all of it.

British Shorthairs do not precisely love cuddles, but they will tolerate them.

They are friendly and like to interact with their owner-family; however, they don’t like being picked up. They also don’t enjoy snuggling like other cats do.   British Shorthairs are not exactly big on physical affection.

Can British shorthair cats go outside?

British Shorthairs can be taken for a stroll or a walk in the park; they can also be taken out in the streets for some exercise.

However, you need to keep a constant eye on them.  These cats are not very athletic; they can’t jump and climb as efficiently as other cats. So, they might be in danger if left all alone outside.