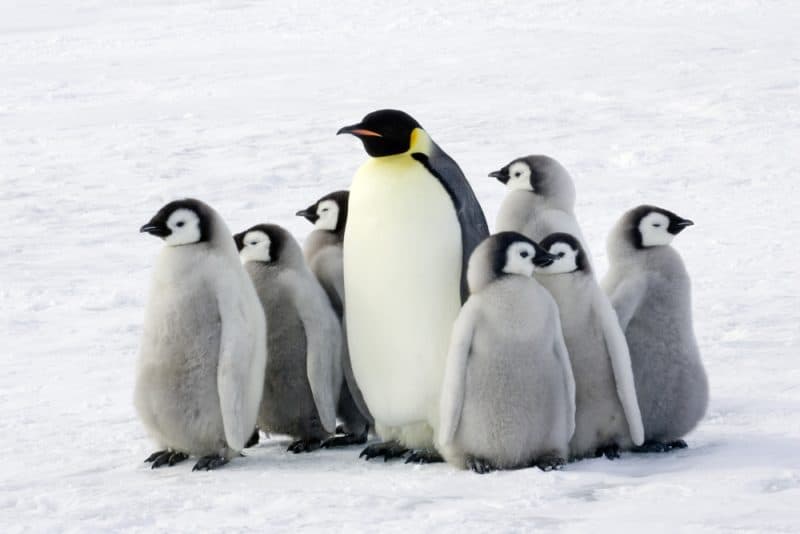 How much do you really know about penguins?

For most people, these black and white creatures are just birds that can tap dance (Thank you Happy Feet!), but when it comes to their biology, most of us are clueless.

Are Penguins Birds, Fish, or Mammals? Penguins are fight-less birds that lay eggs, have feathers, wings, and the female penguins do not produce milk for their young. They are no more closely related to mammals than any other bird like ostriches, hummingbirds, or chickens.

Continue reading to find out more.

When we think of birds, we always imagine a flying animal, and that’s why maybe most people do not consider penguins to be birds, but the truth is that Penguins, although they cannot fly, are classified as birds in zoological terms.

Penguins are merely black and white, seabirds that cannot fly and belong to the family Spheniscidae, which is commonly found in the Antarctic; however, there are many species that live more temperate regions as well.

Penguins are actually only one out of 40 species of birds that do not fly, more commonly known as flightless birds. Other flightless birds include kiwis, rheas, cassowaries, ostriches, and emus. Most birds that cannot fly live in the Southern Hemisphere.

The real question here is what animal classifies as a bird. All birds from chickens to hummingbirds to penguins-have certain qualities in common:

There are some characteristics that are common among mammals, amphibians, reptiles, fish, and birds. For example, mammals, as well as amphibians, are vertebrates, just like birds. Reptiles and fish lay eggs just like birds, and hatch their young from the eggs. The only critical difference is that birds have feathers.

Penguins have flippers instead of wings. Their feathers gradually adapted to their swimming lifestyle and became flippers, which help them to swim. The feathers, on the other hand, are short as well as stiff in comparison to other birds. Penguins have feathers that overlap closely to produce a smooth, thick layer that helps to trap air and so it provides the penguins with insulation from the harsh climate.

Just like all birds, penguins also have beaks. The shape of their bill depends on what they eat. If a penguin species feed on krill, then their beaks are much wider than that which feed on smaller animals. Penguins do not have teeth; instead, they have a fleshy structure that helps them to swallow fish that is still alive. They use their beaks to grab and hold wiggling prey.

Related Article: Do Penguins Have Knees?

Common Fallacies about Penguins Being Mammals 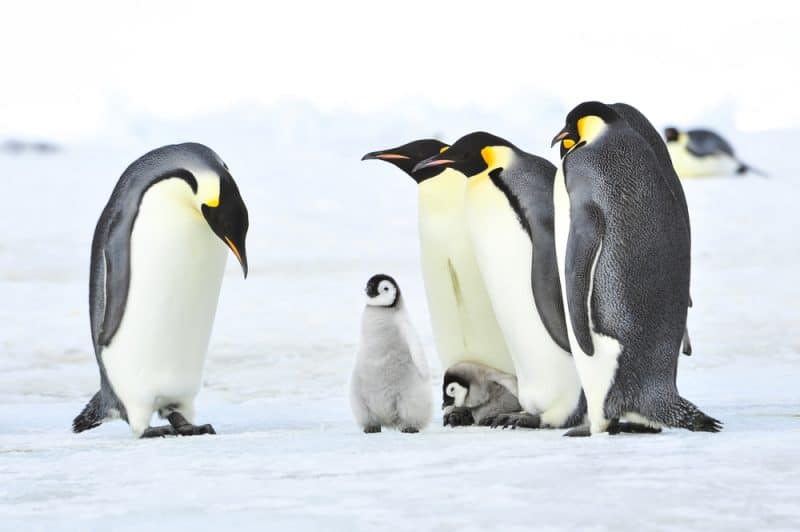 Many people think that penguins are mammals and not birds; this is a very common misconception. There are actually a number of reasons that gave power to these misconceptions about penguins being mammals.

One of the reasons is that penguins and especially baby penguins huddle together in order to stay warm in the freezing months of the Antarctic. Penguins usually protect their young and keep them in the middle section of the huddle for maximum protection. This is a behavior that is rather common in mammals; mammals are very protective of their young. Penguins are highly social birds. Even at sea, penguins tend to swim and feed in groups. Some of the penguin colonies in Antarctica are humongous, and they can contain close to 20 million or more penguins at different times of the year. The King Penguin can form nesting colonies, which can contain up to 10,000 penguins. Each penguin actually keeps his neighbors an exact but very close distance.

Another major reason for this misunderstanding is the upright position of the penguins on land. Penguins swim at great speeds underwater, but they tend to waddle across the land instead of walking. Their amazing agility in water is due to their magnificent streamlined bodies, and they also use their flippers for acceleration as well as steering. Penguins do not really have many predators on land, and so they do not really require a super-fast pace; however, in the water, they are at risk of getting eaten by several animal species such as Orcas.

Another difference between mammals and birds is that mammals have fur, while birds have feathers. The feathers on penguins are sleek and short, plus they closely overlap one another. This gives the impression that penguins have fur when, in reality, they actually don’t. The trapped air in the air does not only provide the penguins with the insulation they need but also provides buoyancy in water. The confusion is further fuelled by the fact that baby penguins have fur, but they shed the fur as they grow older, and the fur is then replaced with feathers.

Penguins actually spend hours and hours preening and caring for their feathers. If penguins do not do this or keep their feathers well maintained, their feathers end up not being waterproof anymore. For further protection, penguins tend to spread oil on their feathers. The oil is produced by a special gland that is close to their tail feathers.

Penguins also molt once a year, which means that they lose their feathers. A molting penguin is definitely not a pretty sight. Penguins always molt on ice or the land; until they grow new waterproof coats, they do not go underwater. Molting is a rather long process, and it can take weeks, and most of the penguins even lose half their body weight during this time. Molting usually takes place at the end of the breeding season.

The black and white feathers also help to protect the penguins from predators. The white on their bellies make them invisible to the predators below them in the water, and the black on top camouflages them from the predators above them. Penguins are usually not sexually dimorphic, which means that physically the male and the female penguins look alike. They have the same colors as well as the markings. It’s hard to tell them apart.

How does a penguin launch itself from the sea?
(Video)

Related: Do Penguins mate for life?

Other Facts About Penguins

Related Article: Can you keep a penguin as pet? 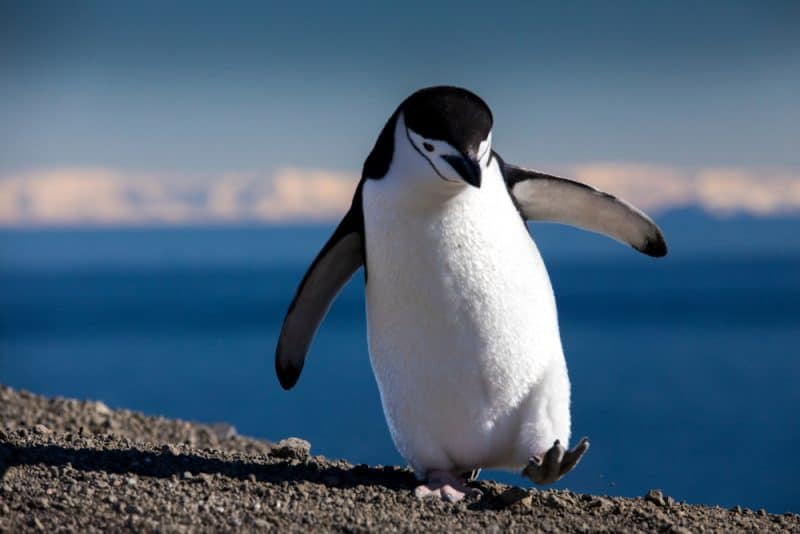 According to research, penguins have actually lost the ability to taste certain flavors of fish. The researchers have concluded that these black and white creatures can only taste salty and sour flavors.

Penguins actually sleep quite a lot. Sleeping helps them to conserve energy. Penguin species such as Emperor Penguins can easily sleep 20 to 22 hours a day. This actually increases the chances of survival of the baby penguins and helps the penguins conserve their food supplies.

Penguins do not really fear humans as they do not have any land predators in Antarctica. They are even known to easily approach groups of people.

Do Penguins have knees?

Yes, Penguins do have knees—the leg of a penguin compromise of a short femur, tibia, fibula, and a knee. The upper bones are not really visible as they are covered in feathers, which makes penguins seem rather short-legged.

https://www.youtube.com/watch?v=O8qilxaBR20
Contents show
Are Penguins Birds? (Video)
Common Fallacies about Penguins Being Mammals
How does a penguin launch itself from the sea? (Video)
Other Facts About Penguins
FAQs
All About Penguins