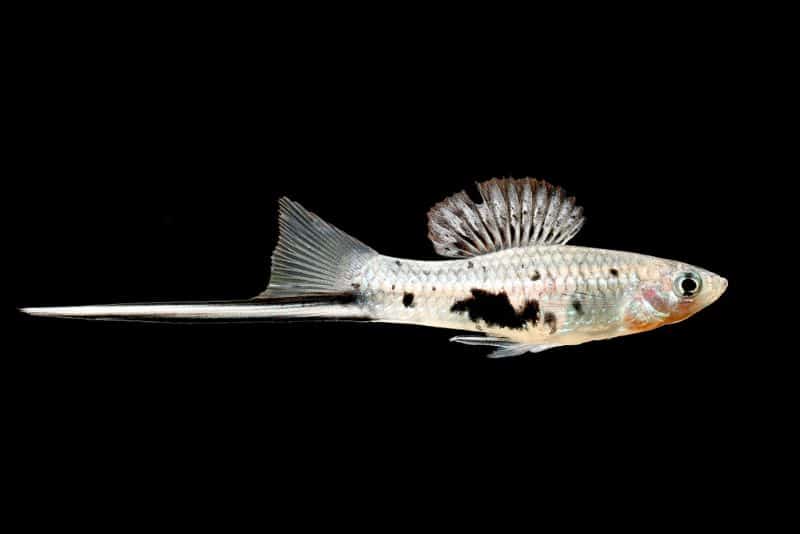 Swordtails are one of the most beautiful and playful freshwater tropical fish. This fish belongs to the list of the best pet fish for beginners, but a lot of amateur aquarists are confused about the swordtail’s nature.

Are swordtail fish aggressive? In normal and healthy situations, no! Swordtails are not at all aggressive. In fact, these fish are one of the most peaceful hardy fish that you can easily take care of. However, if you keep more males in the aquarium than the females, they can exhibit aggression. Moreover, sudden changes in the water parameters can also play a key role in swordtail aggression.

If you are curious to find out some more reasons that can contribute to the aggression among your swordtail fish, then keep reading this article. I am sure you will get the answers that you are looking for.

It can be really confusing and frustrating when your aquarium is all peaceful one day and the next day the fish are tearing each other apart. Bullying among the fish can occur for a number of reasons. Some of those reasons are easy to identify while others; not so much.

All of the tropical fish may seem peaceful but it won’t be wrong to say that each of them has the potential to bully the other tank mates. One of the common reasons for aggression among the tropical fish is territorial issues. The strongest fish claims the territory of the aquarium and rips everyone apart that invades it.

Also, you cannot confuse aggression with the size of the fish i.e. it is not always true that only large-sized fish bully the small ones. For example, Tiger Barbs are a small fish and can bully fish of any size if they are extremely aggressive.

If you ever notice a fish with glaring fins who is chasing other fish, then that is your cue to take action before the situation worsens. The aggressive behavior of one fish in the tank can directly or indirectly affect the health of other fish in the aquarium.

Whenever a fish starts bullying other fish, chances are that the weak fish may experience stress and therefore, will be more prone to diseases. In the worst-case scenario, the bully may injure the weak fish which can catch infections and ultimately die.

Reasons for Aggression in Aquarium

There can be a number of reasons that can contribute to the aggressive behavior of Swordtails or any other fish in the tank. Some of the most common reasons include;

Overcrowding is one of the most common causes of aggression among the fish. Whenever you put more fish in the aquarium than its normal capacity, your fish may experience stress. Also, the strong fish will start claiming their territory and will bully every other fish that comes in their way.

In order to provide a healthy habitat to your fish, you must provide enough hiding spots to them. Hiding spots work as a home and safe place for the fish whenever they detect some danger. If there are little or no hiding spots in your aquarium, the stress among them may increase and ultimately it will lead to aggression.

Pregnancy also plays an important role in elevating aggression in the aquarium. Although swordtails have no maternal instincts and will eat their fry after giving birth; during the period of pregnancy, the female may show aggression towards others due to stress.

Like any other pregnant tropical fish, swordtails also want to stay alone. So, whenever some other fish bothers them, the females may show aggressive behavior and harm the other fish. The best course of action, in this case, is to separate the bully and after it gives birth, you can put it back with the others.

The most famous and common cause of aggression among the tropical fish is improper male to female ratio. Most of the beginner fishkeepers don’t take into account this factor and overpopulate their tank with male fish.

When the male fish reaches sexual maturity and grows the famous “sword” (which is only found in the male counterpart and is absent in the female), they can show aggressive behavior towards each other. If this problem is not treated in time, the dominant fish may chase, injure or even kill the weak fish in the tank.

How to Combat Aggression in Swordtails?

The first step to reducing the aggression in the aquarium is to look for the reasons behind it. Once you correctly identify the cause, you can take the necessary steps accordingly and have a peaceful aquarium. Some of the ways you can combat the aggression in your tank are as follow;

If there is only a single bullying fish in your aquarium, you can reduce its aggression by removing it temporarily from the tank. Keep the bully in a dark place and put it back in the aquarium after some time.

This might do the trick and cause the bully to think that it is in a new place. Therefore, it will behave itself and will no longer be a problem for the other fish in the tank.

In the case that the number of bullies in the tank is greater, you should remove the weak fish from the tank in order to ensure their safety. When there is no weak fish in the tank, the aggressive fish will have a hard time figuring out whom to bully.

Make Sure Your Aquarium is not Overcrowded

As overcrowding leads to stress and stress contributes to aggression, you should make sure that your tank isn’t overcrowded. However, in some rare cases, overcrowding can actually help reduce aggression in the tank.

When there are more fish in the tank, no one can claim a specific territory. Hence, there won’t be any dominant fish and ultimately no bullies.

If all of your fish are appearing stressed and show aggression towards others, then it would be a good idea to test the ammonia levels of your aquarium. Ammonia is a slow poison for the fish and can induce stress among them,

To avoid aggression among the males, make sure you have an adequate male to female ratio. The best way to avoid this type of aggression is to put two to three females for every single male in the aquarium.

What are the best tankmates for swordtail fish? Swordtails are very calm and peaceful fish and can live happily with tank mates like Platies, Guppies, Danios, Tetras etc.

Are swordtails hardy fish? Yes, swordtails are hardy fish and can easily survive in a range of aquarium conditions including a water temperature from 72-78 degrees Fahrenheit (22-25 degrees Celsius) and a slightly alkaline pH of 6.8-8.