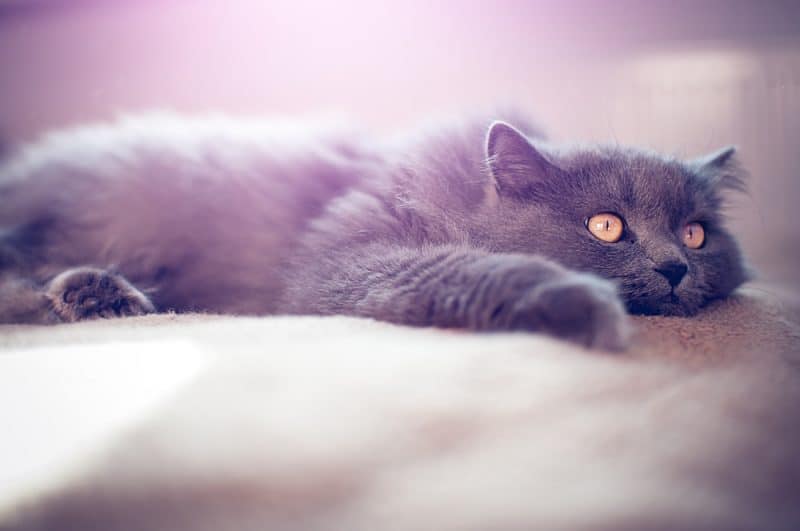 Do you want to master the art of being able to distinguish between the British Shorthair and Longhair Cats?

If yes, then this blog post is for you!

This blog post will provide you a complete guide to help you with the comparison of the British Shorthair and Longhair cats.

Comparison between the British Shorthair and Longhair cats? 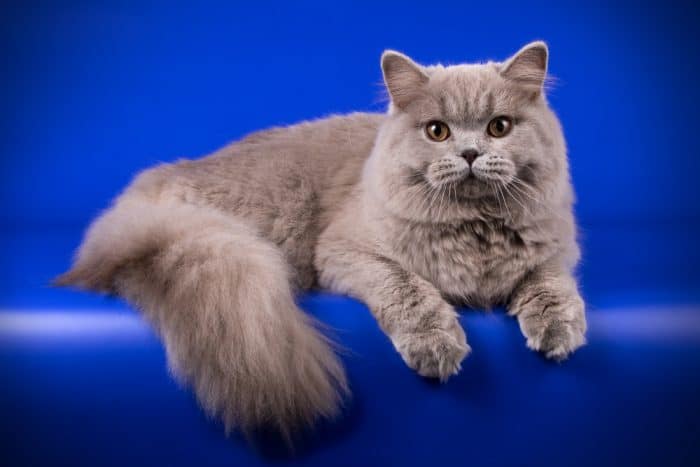 Yes, both of these cats can definitely be compared, in terms of their physique and behavior. Comparing the British Shorthair and Longhair can prove to be a little trickier because they go long back to the ancient times and have uncanny resemblance in terms of their behavior too. Both of these cats are widely famous for their very less health issues, which the potential customers find really attractive because this saves them a lot of cost and energy.

It is commonly suggested that if anyone is looking for a cat pet, he or she definitely should consider buying either a British Shorthair or Longhair as both of them make excellent pets, not only for the adults but also for the children.

A common person might not be able to distinguish between a British Shorthair and Longhair unless the differences are clearer than the usual ones. These cats might seem distant at first, but once they have marked their territory and made themselves comfortable at the new place, no one can stop them from being all cheery and affectionate with their owners.

The Physical Appearance of both the British Shorthair and Longhair Cats

The British Shorthair has a circular face, round eyes, and chubby cheeks if seen closely. They have a short neck and heavy body structure because of all the fur, whereas, their facial expressions are a mix of happiness, calmness or simply nothing at all, but only for a certain period of time, especially if they are experiencing a shift from place to the other.

On the other hand, the British Longhair has a slightly larger body structure, with almost similar eye shape and circular face. However, the long hair cat has a relatively hairier neck in comparison to the Shorthair, occupying most of the space.

Not only this, the Longhair cat’s expressions are mostly grumpy or angry but again for a certain period of time because they are equally fun and loving. The main difference among both the cats is that the Longhair has lengthier furs in comparison to those of the Shorthair’s, as the name suggests itself.

The Common Behavior of the Shorthair Cat

You must have heard about the top-notch behavior of both the British Shorthair and Longhair cats, well that is certainly true. The Shorthair will totally live up to your expectations of a fun loving and full of happiness pet because they like to be pampered and give equal love in return to their owners.

Some of the Shorthair owners mentioned that though their cat does not really like sitting on the lap, but tend to fully accompany them wherever they go, just like a shadow. This gives them a sense of responsibility which they have towards their owners, hence the effort. Similarly, if they want to be a part of something or have your attention, then you will end up seeing their cuddlier side too.

The Common Behavior of the Longhair Cat

Coming towards the Longhair cats, they are very affectionate and joyful too, just like the Shorthair. Their one of the most prominent and distinguished personality traits is that the Longhair likes to observe its owner from a distance, which is one of its ways to show care and love. Just like the Shorthair, they also tend to follow their owner out of curiosity and soft corner.

The British Longhair cats do not really like to be cuddled all the time or petting either, but enjoy a little tummy scrubbing or massage, gently putting them to sleep. Unlike the Shorthair, they are relatively quieter when it comes to asking for anything, which is a plus point because not every pet has that level of patience.

The Optimum Weight and Healthy Physique 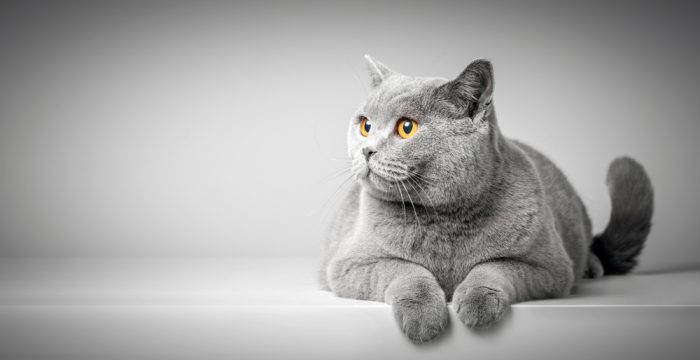 Well, the British Shorthair and Longhair are no doubt similar in most of the aspects, but they slightly differ in size. The Shorthair tends to generally fall under the category of medium to large structured breed, whereas, the Longhairs are mostly the large structured cats.

The optimum weight for both the cats lie in between 6 to 9kg, but if they exceed this limit, then some real health problems concerning the obesity may start to appear, which will further put their activity level to halt.

This is one of the bitter facts about the British Shorthair and Longhair cats that they do not like to do much of the walking unless one is trying to play with them. It is always suggested to play with your British Shorthair or Longhair for 30 minutes; at least, else they will become bulkier, hence, becoming a hurdle in their movements and lifestyle.

Cleanliness and Maintenance Guide for the British Shorthair and Longhair Cats

It is often believed that in comparison to the British Longhair cats, the Shorthair does not really need to be brushed, which is totally a myth because they have really thick fur, making them prone to a variety of bug problems or simply messy fur.

One should try to brush their teeth every other week because they often suffer from tooth decay. Giving bath once a week is mandatory; especially to the male Shorthair because they find it difficult to keep themselves clean all the time.

The female Shorthair definitely is cleaner and like to stay that way, which means they need less attention in terms of cleanliness, saving a lot of time and energy for the owner.

The British Longhair cat owner should thoroughly brush his or her cat’s fur on the alternate days because so much hair and fur make a good habitat for the bugs and insects. The Longhair’s fur should be brushed more during the winter season as they shed most of the hair during that time and if not combed properly, the cats end up swallowing the hair, which results in certain complications and no one wants that.

Moreover, brushing teeth and giving bath are of equal importance, else they will start to lose their charm and good behavior of staying clean. The immense thick fur takes a lot of time to get cleaned; therefore, the owner should avoid getting to that point by giving a bath whenever it becomes necessary.

Some of the most frequently asked questions are answered below to help you out.

What are the typical tantrums which the British Shorthair or Longhair throw?

Both the Shorthair and Longhair can throw a lot of tantrums while getting their nails cut, which means it should be done with a lot of care, prior planning, and slowly. Try to avoid facing their paws; else you might end up getting your face scratched if they lose their temperament, which only happens if they are dealt with harshness.

One of the greatest tips is to cut off their nails while deriving their attention to television or simply rubbing their tummy, which also helps in making them fall asleep.

How much would the British Shorthair or Longhair cost on average?

As discussed above, both the cats are almost similar in every aspect, which means that their cost will somehow be similar too. In Australia, any British Shorthair or Longhair can be found for almost $1000, which is quite cheaper than for what they are being sold in America.

In the USA, the British Shorthair or Longhair are being sold for almost $1500 to $2000, which is a lot and is not affordable by many. The other option is to adopt them for the price range, starting from $60 to $100, making them quite affordable but hard to find.

What are the color patterns and textures of the British Shorthair and Longhair?

People are very much fascinated with the variety of colors, patterns, and textures; the British Shorthair and Longhair cats come in. Their distinguished facial structure, colors, and texture is what makes them stand out of the hundreds of other cat breeds.

Their color spectrum is very broad, which commonly include the black, white, beige, grey, deep blue, mocha and red, each color speaks for itself.

What do the British Shorthair and Longhair Eat?

As you must be aware of the fact that the British Shorthair and Longhair and comparatively bulkier or heavier in physique because of their dense fur and also due to the fact that they eat nothing but high-quality food, which is mainly comprised of the meat. They somehow do not like to eat lentils and pulses, which is fair enough because all they are interested in eating is either their fats or the proteins.

How to overcome the problem of laziness and obesity?

An owner should carefully examine the diet of his or her British Shorthair and Longhair because they tend to develop obesity at a faster rate, which makes their life difficult in the long run. Moreover, as their diet is mostly comprised of the fats, therefore, a limited or proportionate amount should be allowed, else they might end up feeling bloated or too heavy even to function effectively, which is again not a really admirable situation.