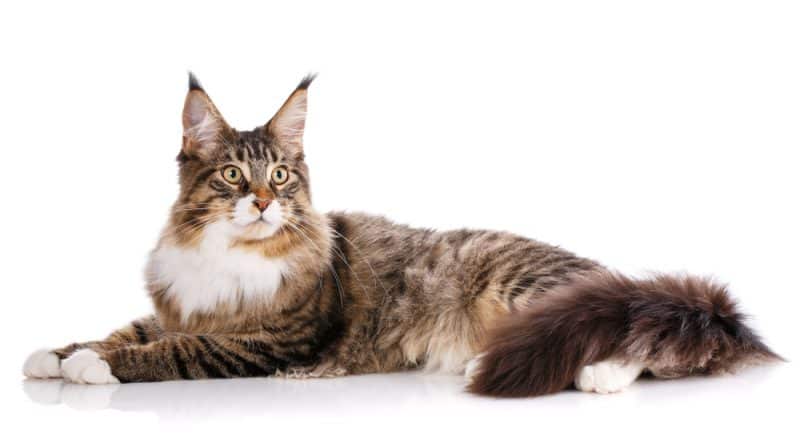 The British Shorthair and the Maine Coon breed of cats are amongst the largest and the most prized cat breeds on the planet. Cats belonging to these breeds are loved for their size, the brilliance of their coat, and their respective temperaments.

The task of choosing which breed to go with can seem daunting at first but don’t worry this comparison and guide will tell you everything you need to know to navigate these waters. 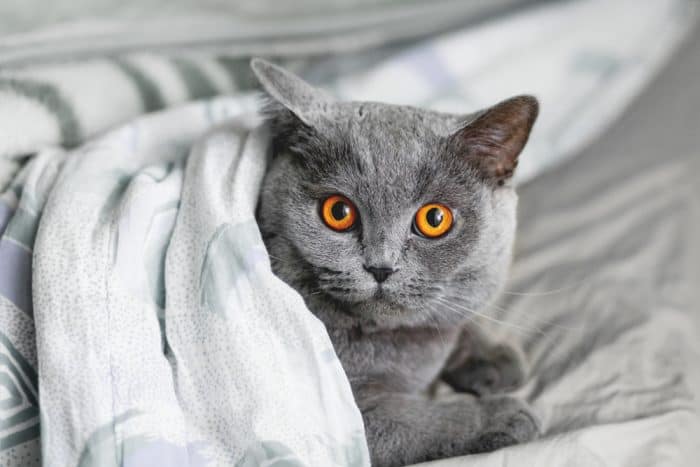 The premier cat breed of England is as large as the island country is small. That puts the British Shorthair amongst the largest domestic cat breeds. The adults of this breed can grow to be 14 inches high and can weigh up to 12 pounds.

The British Shorthairs have a muscular build. They have strong bones, short but sturdy legs and small, round paws. The tail is often small to medium in length.

Moving on the coat, the British Shorthairs enjoy a short coat with dense fur. The coat is crisp and smooth to the touch. All in all the coat on the cats of this breed is generally considered quite attractive.

When it comes to the physical appearance, the Maine Coons resemble the British Shorthairs in one way. They are the largest domestic cats on the planet. The adults of this breed have been known to grow up to 16 inches high and can weigh 18 pounds. The average length of a Maine Coon is about 40 inches. That is one big cat.

Where the facial features of the Shorthair make it look chubbier, the Maine Coons have a pretty slim facial profile. A square shaped face with a long, slightly wide nose, almond-shaped eyes resting on high cheekbones. The ears are long, triangular, and pointy at the end. The ears also have fur on the inner surface, and little tufts called the lynx-tips at the tip.

The coat is among the most distinguishing features of a Maine Coon. It is long, silky, and, unlike the Shorthair, varies as you move up and down the body. The fur is longer on the back and shorter on the legs and the face. The tail is as long as the rest of the body and is covered with long fur.

Why would I choose to do so?

Because of their temperament, that’s why.

These chubby felines are the most chill cats you would ever see. Sitting around all day, eating, then sitting again and finally a little walk before it gets back to sleep again. That is essentially the day to day life of a British Shorthair.

They are active in their younger years. As they grow up, they become less active. They are low maintenance cats who are rarely bothered by something. This doesn’t mean they don’t like to play. They do love to play but only when they themselves want to do so. Same can be said of their way of showing affection. They show affection but don’t overdo it.

A British Shorthair shows affection by keeping an eye on its owner. It will follow you around, sit close to you, and once in a while, come closer to be petted. So don’t expect your British Shorthair to jump around and cling to you. This is their natural behavior. And speaking of natural behavior, you can leave your Shorthair alone for a short while as long as it has access to food and water.

Maine Coons, in contrast to British Shorthairs, are somewhat active. They are very active when they are young and remain relatively playful even after growing up. Often time, Maine Coons display dog-like behavior in a sense that they can play fetch. All of this is a sign that your Maine Coon is rather joyful and loves to see you.

For the most part, Maine Coons are gentle and patient with other pets and kids. This behavior is, even more, pronounced when you introduce it to other pets when it is still a kitten. Similarly, two Maine Coon can be great companions if they are raised up together. So if you are planning to buy two cats, make sure you buy two who share the same litter. In this way, not only will the cats get along great, but you can also leave them alone for a while.

However, don’t try to force your cat into accepting another pet. Chance are it will result in a conflict.

And one more word of advice:

Don’t leave your Maine Coon alone with babies and smaller pets like rats.

British Shorthairs suffer from a couple of genetic disorders. These issues include Hypertrophic Cardiomyopathy, commonly known as HCM, and Polycystic Kidney Diseases, aka PKD. Both of these issues are relatively common in this breed.

HCM is a genetic disorder which is characterized by the swelling of a portion of heart without any apparent reason. This swelling results in the blood becoming difficult to pump. Reduced blood pressure can cause several complications, which include sharp chest pain, heart failure, and sudden cardiac arrest.

Similar to HCM, PKD is also a genetic disorder. In PKD, the renal tubes in kidneys develop cysts, which then severely affects the normal functioning of kidneys. Health issue associated with this condition includes renal failure and in more severe cases, kidney failure.

Despite these genetic disorders, the British Shorthair is considered a long-living cat. These cats have average lifespans ranging from 14 to 20 years. 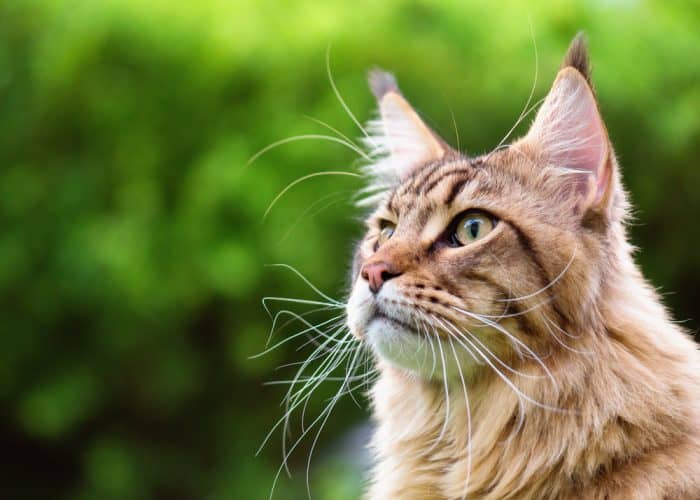 In SMA, the lower parts of the body suffer from nerve loss. Due to nerve loss, the cat suffering from this condition has an unusual gait and abnormal posture due to the weakening of the muscles in hind legs. This condition is exclusive to the Maine Coons.

British Shorthairs have short but dense fur. Brushing twice a week is recommended to keep the coat clean and to get rid of any loose hair. British Shorthairs are also known to develop dental issues. So if your cat allows it, gently brush your cat’s teeth whenever you get the chance.

Aside from brushing, trimming the nail is also quite important. If you leave the nails untrimmed, your feline will scratch your furniture. So trim the nails every other week.

When it comes to washing your Shorthair, the pattern varies from cat to cat. Some cats love it; others don’t. The best thing you can do is ask your vet about the whole procedure and pay attention to your cat.

Where a British Shorthair’s fur is short, a Maine Coon has a long fur. Owing to this, careful maintenance is required to keep it in good shape.

The same general pattern applies here as well. Brush twice a week to remove the loose fur, occasional brushing of the teeth and trim the nails every other week.  And as for bathing your cat, it varies from cat to cat. Some like to swim others downright hate water.

The thing that you should keep in mind is this:

Maine Coons and cats, in general, don’t require a bath to stay healthy.

But if you must insist on bathing your cat, consult your vet first and do it in a manner which won’t bother your cat.

Maine Coon cats are far from aggressive. They are among the most patient cat breeds around. If you find your cat to be aggressive., there are some other issues that you are not paying attention to. Things like diseases and a lack of proper care can make your Maine Coon act aggressively.

A Maine Coon cat can be kept indoors. But if you can let your cat outside, do so. Letting a cat play outside provides it the necessary physical and mental stimulation to keep it healthy.

Maine Coon cats don’t shed a lot actually. Their long fur may seem as if it would be a mess to maintain, but that isn’t the case. Brushing twice a week solves the problem of loose hair and keeps the coat of your Maine Coon in top shape.