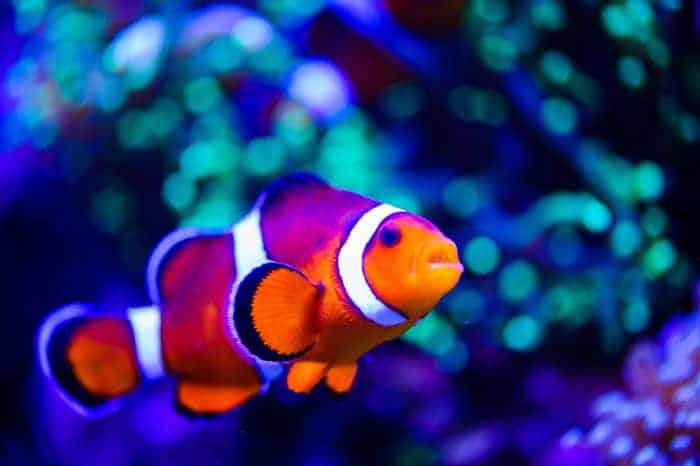 While trying to decide on which plants to buy for my aquarium, I became curious about plant itch. So, I researched to find out what causes ich and how to keep my aquatic plants safe from ich’s path.

Do aquarium plants transfer ich to other fish? Yes, they do. Plants in an aquarium can carry ich. Ich spreads rapidly in an aquarium so it remains in the water. The contaminated water carries the parasite. Thus, ich can be transported to rocks, plants, and anything inside the tank.

An infected aquarium is a Petri dish for bacteria and death. When ich spreads in an aquarium, ich lands on plants, rocks and anything on its path. A fish contaminated by the disease becomes vulnerable.

How to recognize ich

Ich is one of the most common fish diseases that attack both Freshwater and Marine species. Since ich is not known to affect invertebrates, aquarium owners should still be cautious. Ich is a parasite that attacks fresh and saltwater fish. Ich can be identified by the white, grain-like spots on a fish’s body. Sometimes, ich clumps together so they appear to be one large spot. Other times, ich hides under the gills.

The further the disease develops, the more blemishes a fish will have. Most aquarium owners are responsible and are diligent about the health of their plants and fish. As a result of their due diligence, most aquarium owners check their tanks daily. So, they are most likely to catch the disease on time. According to WikiHow, white spots are just one characteristic of ich. Ich may also be spotted by the changes to a fish’s personality and reaction to its habitat:

In order for ich to survive, it must have a fish host or it will die within 3 days. An aquarium infected with ich transfers ich to other fish through contact. The disease is contagious to all fresh and marine water fish. After ich attaches to a fish, the parasite begins a vicious cycle. It uses the fish’s body to feed itself and grow. Once the parasite matures, it leaves the fish’s body and latches to the glass and/or bottom of the fish tank. The parasite chooses this area of the tank to spawn a cyst it uses to reproduce. Inside the cyst, the infectious parasites undergo various reproductions creating thousands of these dangerous parasites. These parasites leave the cyst and invade the aquarium water looking for other hosts. They continue to invade the same fish.

For the most part, fish have a high tolerance for ich. However, stress is another factor that weakens a fish’s immune system. When its immune system is low, a fish is more susceptible to getting sick from ich. Therefore, it is imperative to recognize the stressors that compromise a fish’s health.

Get rid of ich in a planted aquarium (Video)

How to remove ich from plants

The only way to remove ich from plants is to quarantine the fish and clean the tank separately. Since the disease is contagious, logic dictates that everything inside the tank has also been contaminated. Therefore, ich must be removed from both the tank and fish. These are two ways to kill ich from the tank:

At what temperature does ich die?

Fish that cannot handle a change in temperature should be placed in a separate tank. Heat accelerates the gestation period and the parasites replicate sooner. For this reason, the temperature must be raised. When the parasites are out in the open, the treated water will kill the ich. Since ich cannot live without a host, those that are not killed by medication or heat will also die off. Keep in my that heated water holds less oxygen so make sure the tank has sufficed oxygen or aeration.

Which fish are more susceptible to ich?

There are more species of fish more vulnerable to getting ich. According to Advanced Aquarium Concepts, these are:

How is ich prevented?

Ich attacks fish with a weakened immune system. Those under stress become weak. Fish acclimated to their environment are happy and strong. Preventative measures include but are not limited to the list below:

What medication is used to treat ich?

Local pet stores or fish stores sell products to kill ich. Medications are sold according to fish species. Tanks that house invertebrates fish will need to be treated with caution. Invertebrates include but are not limited to clams, snails, and shrimps.

The most popular medications used to treat ich are:

What is copper used for?

Ich lives longer in saltwater so copper is used as a medication to kill them. Copper cannot be used with freshwater fish. When copper is added to the tank, it combines with the calcium carbonate or magnesium carbonate from the rocks. Depending on how badly infected the tank is, copper treatment should be added to the tank for 14 to 25 days. Furthermore, it is imperative to follow the correct dosage and check for copper levels using an ion test kit.

Ich is a common fish disease that can be carried by plants. It does not discriminate when it comes to fish life. Taking precautions ensures fish in an aquarium remain happy in their habitat.