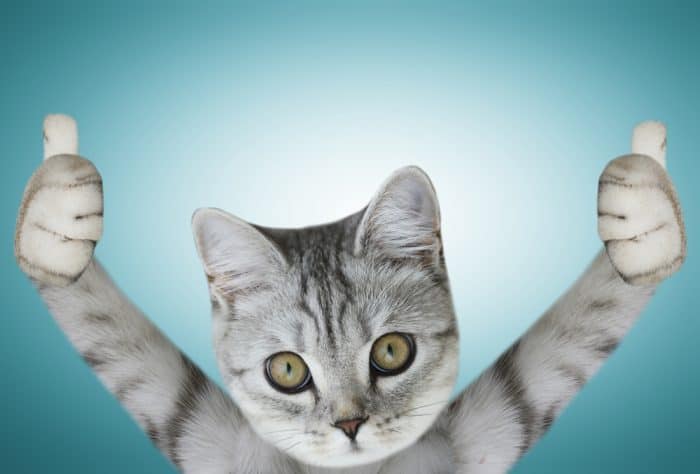 If you have not encountered a polydactyl cat before, you are probably scratching your head right now.

Do Bengal cats have thumbs? Although it is rare, some Bengal cats are known to have thumbs. In fact, cats from any breed can have this condition in which either one of their toes enlarges to the point when it starts resembling a thumb or extra (more than usual) toes develop.

If you’re intrigued by this fascinating trait you must continue reading because you will not only get to know more about this particular condition but will also find other interesting stuff.

What is a polydactyl cat? 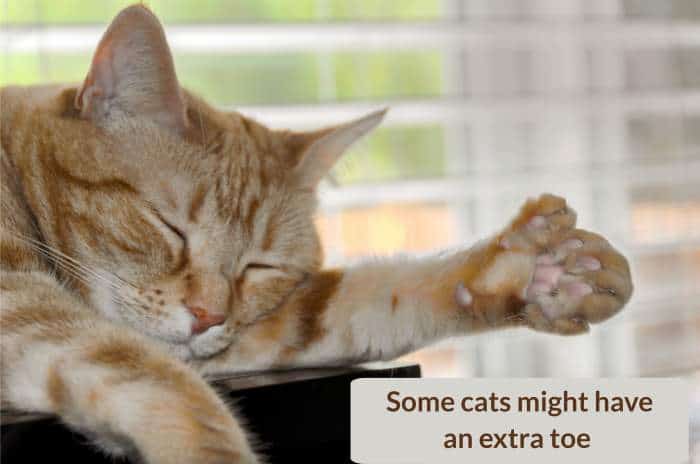 However, sometimes this number exceeds and we see cats with extra toes.

Therefore, a polydactyl cat is one having one or more extra toes.

There are two types of polydactyl cats:

Sometimes these extra toes develop in the middle of the cat’s paw and resemble a mitten.

Therefore, cats having such extra toes are said to have mitten paws.

These toes resemble a thumb but are not opposable.

Now that you know Bengal cats can have thumbs, you must be wondering why is that so.

Polydactylism in cats is known to be a genetic mutation that is passed down by a dominant gene.

It means that if one of the parents is a Polydactyl cat, then at least 40% to 50% of its litter will also be Polydactyl.

In easier words, polydactylism in Bengal cats is a medical condition, but it doesn’t necessarily benefit or harm your cat.

If you’re interested in reading about the most common and dangerous genetic diseases in Bengal cats, check out this article.

Is it harmful if my Bengal cat has a thumb?

Do you have a Bengal cat with extra toes?

If that is so, there’s nothing to worry about.

Although it is not harmful in any way, polydactylism will make cutting your cat’s nail a bit harder than it already is.

However, there is one thing you should always be on a lookout for:

Sometimes, these extra digits tend to be ingrown causing much pain and discomfort to your four-legged fellow.

If that is the case, you should rush to your vet immediately.

Polydactyl cats are not in danger of any disease or impairment.

However, sometimes having extra toes can be harmful to a cat.

Feline Radial Hypoplasia is a condition in which the cat either has no radius bone or has an under-developed one.

A common symptom of this disease is that the affected cat has extra toes.

Therefore, you should be careful because Feline Radial Hypoplasia can be easily confused with polydactylism.

Any cat having this ailment looks like a squirrel because of smaller forelegs.

Because of this resemblance, cats affected by this disease are called Squittens.

So, if your cat has radial hypoplasia, you need to be extra careful with it.

Make sure it remains inside the house at all times.

Is it beneficial if my Bengal cat has a thumb?

You must be thinking:

Do extra toes only make the Bengal cat extra cute or do they serve some purpose, as well?

Anecdotal evidence claims that having extra digits helps a cat.

A polydactyl cat can jump, climb, and balance itself better than normal cats.

However, the truth is that there is no prominent study that supports these claims.

The earliest scientific record of polydactyl cats is from the year 1868.

Polydactyl cats were initially found in Nova Scotia and the northeastern United States.

Jake: The cat with the most toes

Jake has been mentioned in the Guinness Book of World Records for having the highest number of toes recorded in a cat.

Jake is a cute little ginger tabby that has seven toes on each of his paws.

Jake has a total of 28 toes on his paws. 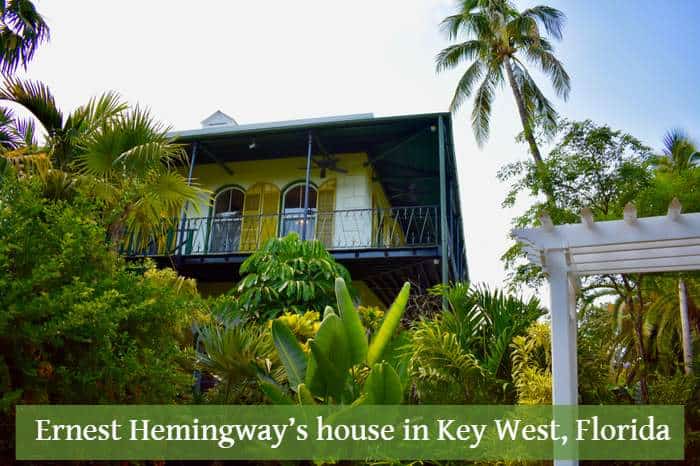 The reason being, Ernest Hemingway, the famous writer, loved cats with extra toes.

Hemingway got his first ever polydactyl cat as a gift from a sea captain.

More than 40 cats that are still living in the Hemingway Home in Key West are said to be the descendants of Snow White.

Although there is no particular pattern for the spread of the polydactyl gene, there are certain regions which are known to have a greater population of polydactyl cats than others.

A theory credits such a board regional spread of polydactyl cats to their popularity on ships.

These polydactyl cats were called gypsy cats and sailors believed them to be lucky.

These cats were believed to be better at catching mice on the ship because of their large feet.

What’s more, sailors believed that due to larger paws these cats could easily balance while sailing on high seas.

Some polydactyl cats have also enjoyed fame; one of them is Slippers.

Slippers is credited to be the first cat to live in the white house.

President Theodore Roosevelt’s Slippers was a poly kitty that had extra toes.

Bengal is already a pretty sought after cat; add to that a few extra toes and you’ve got the perfect recipe for a highly precious and valuable cat.

So, if you are thinking of getting a polydactyl Bengal you should know that is quite rare and expensive.

Bengal cat paws: are they all the same? 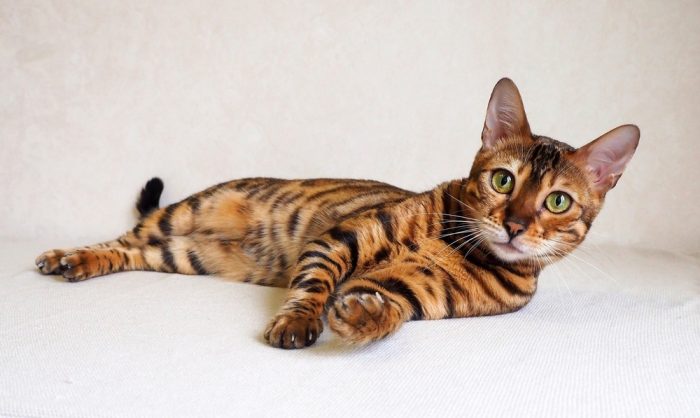 People often confuse a Bengal cat’s front and back paws to be the same.

The truth is that both of these are separate entities.

The front paws of a cat have fingers and are similar to a human’s hand.

Cats use the front paws to catch their prey, put food in their mouth, etc.

Whereas, the back paws of a cat have toes and perform functions similar to our feet.

The back paws are used to jump, climb, sprint, pounce, etc.

I bet you didn’t know that cat’s sweat.

Well, cats do sweat; however, unlike humans that have sweat glands at different areas of our body, cats only sweat through their little paws.

And because paws don’t have much surface area, the sweating sometimes doesn’t cut it.

Therefore, in extreme heat, cats use additional mechanisms to protect themselves from the heat.

They usually make use of shady areas or bathe themselves to cool themselves down.

And when nothing is working; cats, like dogs, start panting.

So, if you see your cute little fur ball panting in the heat, don’t wait to turn on the air conditioning.

Anatomy of a cat’s paw

If you haven’t carefully studied your cat’s paws, you might not know that cats also have thumbs.

A cat’s front paws have four fingers and a thumb which is normally called a dewclaw.

On the other hand, the paws under the hind legs have four toes.

Cats use their paws for a variety of things such as jumping, scratching, etc.

And if that cat is a Bengal, it will also drink water from it.

Therefore, it is essential for a cat’s health and hygiene to keep its paws clean.

Here are a few tips I gathered for you to keep your cat’s paws clean and healthy:

The Bengal cat personality is such that they can be adventuristic.

Being direct descendants of the wild Asian Leopard Cat, they don’t have an element of fear in them.

Therefore, they don’t hesitate to roam around in new and far off places.

It exposes them to different infections, foreign objects, pebbles, etc.

So, make sure you daily inspect for such objects or signs of infections to make sure your cat’s paws are in good shape.

However, if you find something out of your knowledge don’t hesitate to go to the vet for professional assistance.

Want to know more? Check out our ultimate guide for Bengal cat’s personality.

Wiping your cat’s paws daily is important; especially if you let it roam outside.

Dirt, debris, chemicals, and mud are just some of the things that get stuck in the cat’s paws.

Not only can they cause discomfort and pain, but they can also be the reason for an infection.

So remember to clean your Bengal cat’s paws with a soft and damp cloth to remove dirt.

Make sure you reach in between its fingers and toes.

Scratching posts are important if you have a cat or two at home, especially if it is a Bengal cat.

Not only will these posts help calm the natural desire of a cat to scratch, but these posts will also save your furniture from the unapologetic claws of your Bengal.

Moreover, these posts also help shed dead skin and dander which is beneficial for the cat.

In our Bengal cat checklist, I suggest my top choice for scratching posts and 19 other must-have products for Bengal cat owners.

Make sure you trim your cat’s nails regularly so that they don’t grow too large that they break causing your cat pain and discomfort.

Cut your cat’s nails with care and ensure that you don’t cut too deep.

However, there was a time when polydactyly was quite common in Maine Coon cats.

They were evolved to have larger paws that served as insulation and made it easier to travel.

And the extra digits made their paws even wider, making things easier for them.

However, after years of breeding, polydactyly has been considerably reduced in the breed.

What to do if you accidentally cut the skin of your cat while trimming its nails? A cat’s nails are translucent and you can see the pink area beneath them.

Sometimes, out of negligence or carelessness, people cut this part and it starts bleeding.