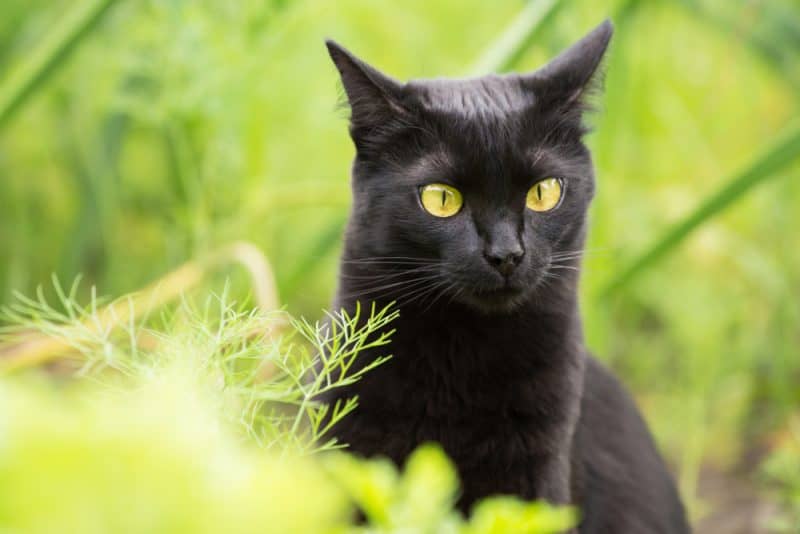 Bombay cats have a fantastic personality and are deeply interested in lots diverse activities.

They won’t disappoint you if you want a loyal, affectionate, curious, and an active pet.

Bombay cats not only prove to be your best companion, but they know how to entertain themselves and others.

These fascinating black beauties have amazing personalities. Their diverse interests make them unique, and that’s why they are loved by many. Their love for water is known to those who own them, but if you are planning to own a Bombay cat, let me tell you how much these cats love water and swimming. 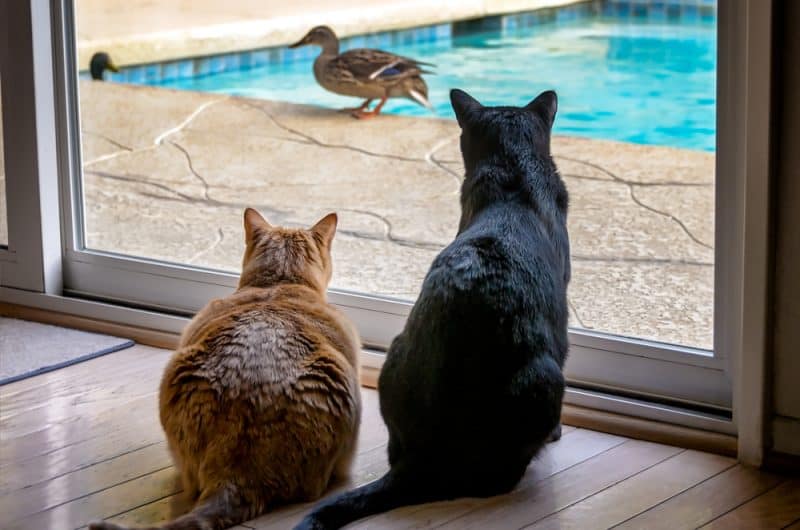 Not all cat breeds like water, and it won’t be a surprise if I tell you many cats hate it when you bathe them.

Let me confess here; DIFFERENCES EXISTS EVEN AMONG CATS BELONGING TO THE SAME BREED. Despite having such personalities which makes them love water, the fact is that you might end up with a Bombay that is not actually a fan of water.

We all are clear on the fact that Bombay cats are heat seekers, and they are always found in warm places when its cold outside. In this case, their choice is the same. Yes, Bombay cats like warm water. But do not forget that WARM WATER MEANS WARM WATER, don’t mistake it with hot water because Bombay cats don’t prefer hot water. These cuties might stop liking water if you repeatedly use hot water.

Do Bombay Cats Need to be Bathed Regularly?

Bombay cats are a great choice for many because of their easy grooming and low maintenance.They do not need to be bathed regularly and you don’t have to brush them every day. But if not all, most Bombay cats love bath time and play in the tub or wherever you are giving your Bombay cat a bath.

Bombay cats are dependent cats. They like to be around their favorite person rather than being alone. Though you can leave them for some time to have fun and enjoy the water whether it’s in the bathtub or somewhere else, it’s preferred to be with them. The water after sometimes get cold too, so I will suggest you keep an eye on your Bombay cat when they are in the water tub.

Why Do Some Bombay Cats Hate Water?

You really need to experience it at least once in your life.

Bathing a cat is really frustrating job, most cat owners have battle scars to show for it.

It gets worse sometimes, and you might even start to feel super miserable if you are experiencing it for the first time. Nobody knows the reason behind their peculiar behavior towards water. Maybe because cats are exposed to water after their birth after a few months, that is why they behave in such a way.

But don’t be scared many Bombay cats are not difficult to handle as compared to other cat breeds and won’t make you miserable.

Overall the lively Bombay cats are affectionate. They love rubbing their head and faces on people they like. They love spending time on the lap of their favorite people. Other than their affectionate nature , these cats are heat seekers.

They easily adapt to different environments and lifestyles. Because of their adaptive nature, Bombay cats are good with dogs and don’t mind being with them under the same roof.

Almost all domestic cats like being hugged. The only difference is some cats are more affectionate than others. Some will cling to you and will cuddle most of the time while some are not really clingy and won’t like cuddling. And of course, few cats are moody too; they only like to be hugged if they are in a good mood.

Why is it difficult to give bathe cats?

There can be many reasons; one of them is many cats get scared easily. As they are exposed to water once or twice a month, they get scared. For their safety, cats try to escape or run away; that’s when it becomes difficult to give them a bath.