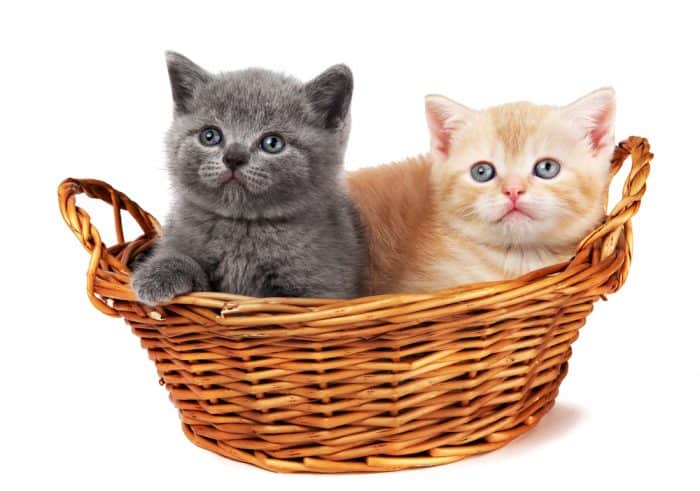 From Hollywood Boulevard, the celebrity, British Blue is a popular choice amongst breeders and pet owners. One question that arises to everyone’s minds is; when will the eye colors change?

Do British Blue Kittens eyes change color? In short, the answer would be an affirmative. The kitten is bound by nature to change its eye colors as it grows older. In the early days/weeks, most cats have blue eye color, but it ultimately changes into their original color later in adulthood. British Blues are particularly renowned for the blue fur and its symbolic copper or amber eyes. However, as kittens, the case is quite different.

As you go through this article, you’ll get a better understanding of the reason as to why British Blues have a different eye color as kittens, and how it changes over time.

The Mystery behind Adult Coloration Resolved

Have you recently bought a British Blue? Are you wondering why the eye color is blue instead of copper or amber? To know your answers, let’s start from the basics.

First off, if you bought the cat from a registered breeder, it is already 12 weeks old.

What does this mean?

This means that if your kitten still doesn’t show any signs of another color, it might stay that way. By the 12th week, kittens are fully grown, and they start showing a smudge of their adult eye color. If your kitten, from a registered breeder still has blue eye color. There is a high chance it is one of the rare British Blues that will keep the blue eye color in adulthood as well.

When the kitten is born, their eyes will remain closed because they are still developing. At the moment the only developed senses it has are touch, smell, and taste. What about the ears? They are still developing as well. Due to this, it slightly blind and has a weak hearing. A week later, you will notice that it has grown a bit and developed a bigger appetite. In the following week, when it is about 9 to 14 days old, the kitten might slightly open its eyes. This doesn’t mean that its eyes are fully developed because the kitten will see the world in a hazing blur. At this point, it is still fueling up on the pigment melanin.

What is that? Melanin is something both humans and animals share. It gives us the color of our eye, hair, and skin. Kittens have insufficient melanin due to which their eye color takes time to develop. When cats have little to no melanin, their eye colors remain blue. In normal circumstances, the kitten will develop the melanin, and their blue eye color shade will begin to change into the fan favorite copper or amber shade.

Since the first signs of a different color at 9 or 14 days old, it will take a couple more months more until their eye colors fully change. The real eye color is fully developed by the time your kitten is nearly a year old.

The tales of British Blue’s beauty have not been greatly exaggerated. Accompanied by the blue fur, their damning copper eyes are a killer. The chubby-cheeked blue cat was a result of breeding between a British Shorthair cat and a Russian Blue cat. As a result of this breeding, we got the Births Blue; a chubby round-faced cat blessed with the Russian blue fur and the copper eyes of a British Shorthair. The combination of the two made an eye-catching contrast that piqued the interest of breeders and aspiring pet owners.

My British Blue doesn’t have the Copper Eyes

There are a couple of reasons why a British blue doesn’t have copper eyes.

Does it still have blue eyes without the hint of another color? If so, you’re one of the few lucky people that have a rare British blue with blue eye color.

If your cat is less than a year old and has had brown eyes for a few months, there is nothing to worry about.

This is just part of the natural process in eye development. They will eventually turn into either copper or amber. Either way, you would end up with the same Cheshire Cat.

Changes In The Eye Color Of An Adult British Blue

Have you noticed recent changes in your adult British Blue? If the answer is yes, I would advise you to visit the vet. Changes in eye color are generally complete by the time a cat turns into an adult. Eye color change in adulthood is due to defects or disorders. The British blue will change their color from blue to brown and then finally copper.

If the eye color appears lighter or hazier, I figure the cat might have a cataract, which is treatable. Other reasons for the change in eye color are diabetes and high blood pressure. These are serious health conditions for which you should visit the vet. One other reason behind the change in eye color is a disorder called Liver Shunt. In this medical condition, the toxins that belong in the liver enter the bloodstream.

Simply put, book an appointment with the vet as soon as possible because color changes in adulthood are never good.

Luckily, British Blues don’t normally face any problem with regards to their eyes. In some unfortunate circumstances, they may encounter some problems. To avoid these, you should take great care of them during kittenhood.

Why? We, humans, are very protective of babies because, at that stage, their immune systems haven’t developed fully. Similarly, we need to protect kittens because their immune system isn’t fully developed. If you aren’t careful, the awfully playful cat could injure itself while having fun.

How do you know there are eye problems? Below is a list of symptoms that can help you with that question;

I would advise you to visit the vet because eye problems can get worse really quick. Failure to take care of this situation might cause something as bad as blindness or fatal infections. 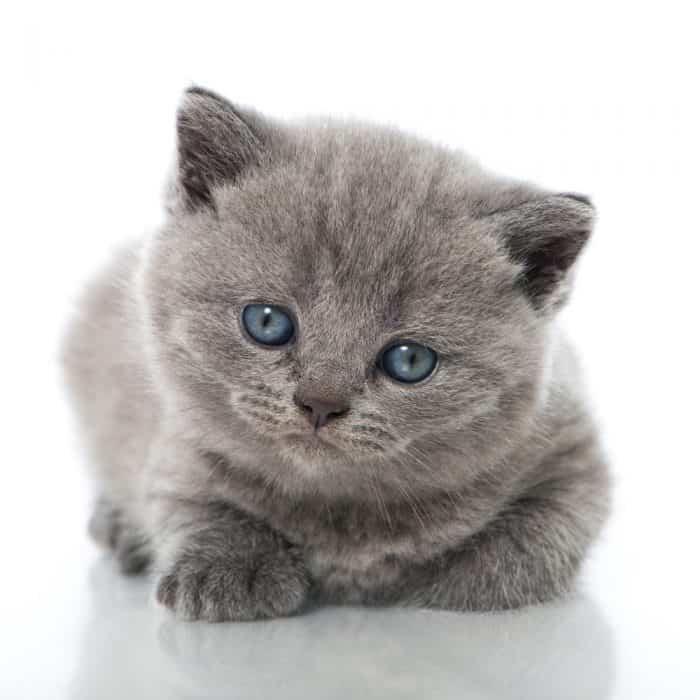 Personally, I love how amber contrasts to the blue fur, but I also know a couple of people that wish their cats didn’t change the blue color. If you are one of these people who prefer the blue eyes over the blue fur, and you are wondering how to get your hands on this cat, allow me to help.

Alternatively, if you want something a bit more glorious, I would suggest some other cats. Read ahead and find out more;

The couple other breeds popular for their blue coat are the Russian Blue, the charming blue-eyed Siamese, or the famous Ragdoll.

Like every other cat, a British Blue is also born with blue eyes. Over time, as it ages, the eyes will change into their actual color. On close attention, you can notice the color change in their pupils.

A 6 to 7 week old kitten usually weighs around 1 pound to 1.5 pounds. At this stage, it is still very playful and active. Additionally, you can expect to see a noticeable change in their eye color.

British Blues are categorized as a medium-large breed. In the first year, there is significant growth. By this time, it should be well into adulthood. They will continue to grow for the next 3 to 5 years.

British Shorthairs live a long life compared to other cats. Statistics show that this breed has a lie expectancy between 14 to 20 years. Their median lifespan is 11.8 years