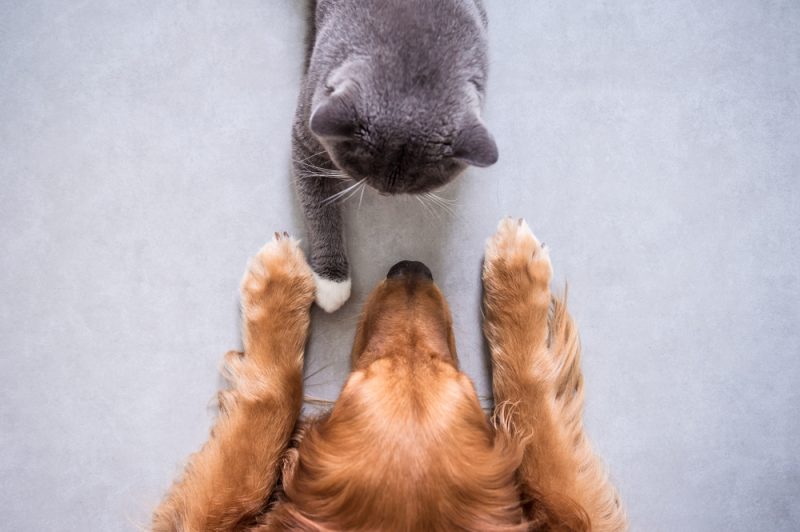 The lifelong tale of a rivalry between cats and dogs has been passed down from one generation to the next.

Naturally, when considering to put a dog and a cat in one house, you may wonder; does a British Shorthair cat get along with dogs? The answer is a delightfully surprising yes. British Shorthairs are renowned for their patient and social personality. It is due to this very attitude that they get along with not only children but other animals, which includes dogs.

Read ahead and learn more about how this breed of cats chooses not to pick a fight and instead, befriend their archenemy, dogs.

How Can Cats and Dogs Become Friends? 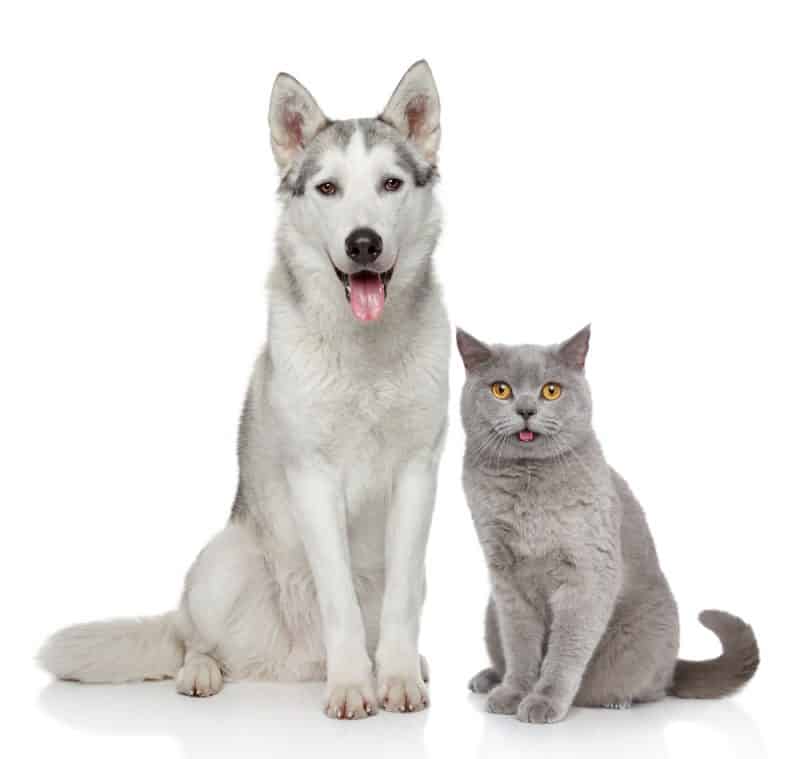 The stereotypical view on the relationship between cats and dogs is that the two share a trivial relationship. I may have Tom and Jerry to blame for this stereotype. Regardless of who caused the stereotype, the fact of the matter is that its fiction. Cats and dogs are not some mortal enemies; they can actually be really good friends.

In terms of personality, British Shorthairs have a laid back attitude. They are also relatively playful at their own terms and social animals. The combination of these personality traits makes them great pets that get along with everyone.

Regardless of these traits, you, as a pet owner, would have to take some steps in order to create an environment where dogs and cats can live in harmony together. For example, if you own a dog since puppyhood, you are responsible for helping them adjust living with a cat. Doing this in puppyhood is better because it is easier for them to learn at this point in time.

How can you do this?

Simple. You just have to find a way to increase their interactions with a cat. You can do this by perhaps taking them out to the park. Or, if you know a friend or family member with a cat, you can take the puppy over to their place.

How to Introduce the Pets to One Another

The first step is to let them keep their distance, especially since personal space is something important to a British Shorthair.

The Steps to Take:

You let them play with one another. Remember to give them equal attention, because animals are smart; they pay attention to you. They can easily get jealous as well, which is a good enough reason to fight.

Are there any precautions?

Yes, in the beginning, keep the playtime short but consistent. Gently, increase the duration of their time together. Once you see that the two are getting along nicely, let them both freely.

The Kinds of Dog that Be Good Friends to British Shorthairs

The first thing you need to remember is to avoid large and aggressive dogs. Why? Well, putting your cat with them could be dangerous as they are likely to attack small animals.

What type of dogs should live with a cat?

There are a couple of dog breeds that can get along with the British Shorthair. The sports breed of dogs is a good fit because they are not aggressive, and are not that big enough to accidentally harm the cat.

The perfect dog to accompany your British Shorthair should be trained and socialized. Ideally, they should have spent time with a cat in puppyhood. It would also be good for you if the dog was trained to leave the cat alone when it is agitated.

Here is a list of specific breeds that would make a great partner to British Shorthair;

The Kinds of Cats that Be Good Friends to Dogs

Now that you know the types of dog that your cat should be around let’s talk about the cats.

Which specific breeds of cat (excluding British Shorthair) get along with dogs?

British Shorthairs are a great companion for your dog, but they aren’t the only cat breed that would make a good companion. Below is the list of cat breeds that will get along with your dog;

The Rare Cases Where the Two Animals Don’t Get Along

Seldom do things go as planned? When your cats and dogs don’t get along, they can find themselves in a stressful situation.

Are there any warning signs?

If your cat is in constant fear of the dog, it will hide away in their room, or scurry away when a dog enters the room. On the flip side, the dog will feel frustrated because of its inability to get close to the cat.

What can you do?

First and foremost, keep them in separate rooms. Then, you need to reintroduce them to each other. Teach the two how to behave with one another. You should reward them for positive interactions so that they are likely to repeat it again. Until they both trust each other, you will need to supervise their interactions.

Should I Take Any Precautions Before I Keep Both Pets Under One Roof? 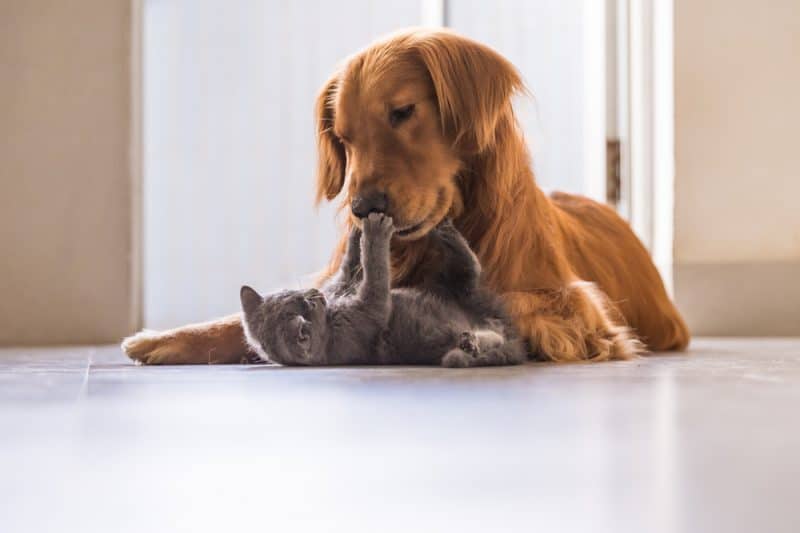 In the steps to introduce the pets to each other, you may recall keeping their bowls together. In doing so, I should warn you that dogs and cats may eat from each other’s food. This could ignite a quarrel. Plus, the smaller animal wouldn’t get sufficient food. To make matters worse, it is not healthy for the animal to eat the food meant for another animal.

Here is what you do:

Feed them separately and at different times. You can also purchase a bowl with a lid and flap to prevent dogs from eating the cat’s food.

Normally, it would cost about $75 to $100 to adopt a British Shorthair. However, this price range is exclusive of breeders. If you are adopting a British Shorthair from a breeder, the cost could be somewhere around $1500 to $2000.

Can I let my British Shorthair outside?

As long as the outside environment is safe, you can let the British Shorthair go outdoors. I would suggest you stay nearby and keep an eye on them. A curious cat would climb or jump away and find itself in some dangerous situation.

The primary hunter cat is the Norwegian Forrest breed. Next up, you will find an American and British Shorthair, which are seen as the best hunter. The normally calm and playful British Shorthair are naturally built to hunt well. These are large, thick-legged cats equipped to hunt if necessary.

British Shorthairs’ laidback attitude makes them an ideal house pet. They are intelligent, playful, and get along with others. Even though they don’t require a lot of attention, they are affectionate animals.