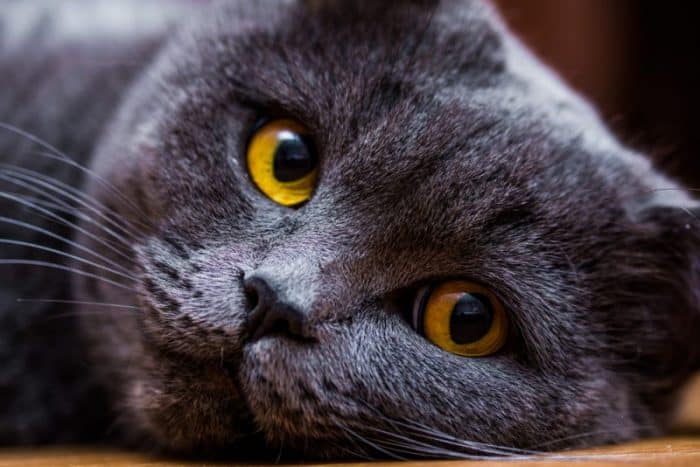 As a pet owner, the health of your pet is your foremost concern. There are so many subtle hints and signs that you might have to look out for in order to save your cat from any chronic illness.

British Shorthair cats do not have eye problems as their genetic trait but that doesn’t set them completely free. They can develop certain eye problems like cataract and glaucoma as they get older which eventually leads to severely impaired vision or blindness if remedial actions are not taken well in time.

Your British Shorthair might be prone to eye disease. Educate yourself further to find out the root causes and the types of this problem. 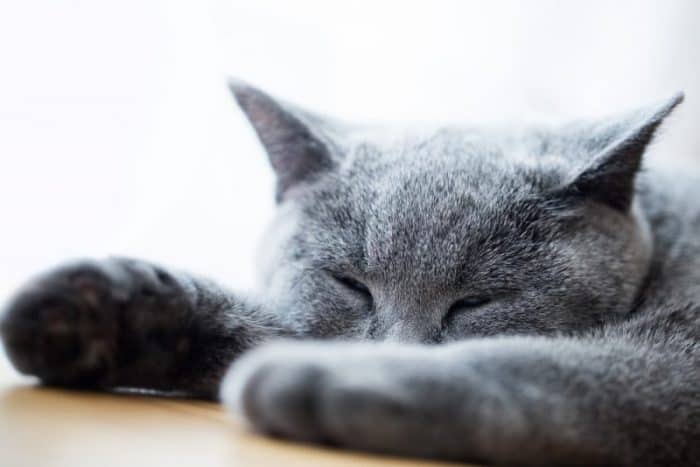 British Shorthairs come in the category of the flat-faced cats. They have a short, flat face and a rounded skull but not short or round enough to shorten their tear ducts and cause them serious health problems. A shorter tear duct translates into eye infections and a ton of other problems as the tears do not reach the eyes to lubricate or disinfect them. Unlike other flat-faced cats, British Shorthair do not suffer from eye problems whatsoever on genetic grounds.

Good for British Shorthair cats, they don’t suffer from the problems that the other pedigree cats seem to suffer from. Their skulls are round enough to make them incredibly cute but not to hamper any of the normal bodily functions. So, British Shorthairs are not prone to genetic diseases like so.

However, British Shorthair cats do suffer from common eye infections every once in a while. These are common for cats, you can get your British Shorthair checked by its vet to get it a disinfectant. It has more to do with the germs that are all around us than with the genetic makeup of the cat.

Eye infections in British Shorthairs can be caused due to a variety of environmental reasons. Your cat can have dust particles stuck in its eyes or can get a slight injury while playing. Eye infections usually have to do a lot with the environment around us and all the germs that it carries. These infections are not a serious problem. However, they can easily be cured by some disinfectants and time. Eye infections rarely end up on a serious note. However, if left untreated, eye infections can go bad and eventually cause blindness in your cat. If your cat has developed a mild eye infection, make sure to wipe off the mucus build up around its eye gently. The cat might try to scratch off the mucus build up if not cleaned and hence damaging the sensitive eye tissues in the region.

Glaucoma is a condition where the fluid inside the eyeball exerts more pressure than normal causing irreparable damage to the eye. No matter how much care you take or how many visits you pay to the vet, Glaucoma does end up in blindness, eventually. Although this is a very sad affair indeed, yet your cat learns to cope with its blindness as all its other senses start to spike up naturally. It is extremely upsetting for any cat parent to see their pet struggle with the loss of a vital organ, blindness, however, doesn’t hamper the cat’s life altogether. It might struggle with it first, but your British Shorthair will bounce back once it adapts to it.

Cataract is another very scary eye disease that can gravely affect your cat’s eyesight. A cataract is a condition where the cornea of the eye clouds up and thickens. You will be able to observe the slight cloudiness or milkiness of your cat’s pupil if it develops Cataract. This initially hampers the cat’s vision, it becomes blurry and eventually leads to complete blindness.

The detachment of the retina can also be a telltale sign of some serious health problem that your cat might be suffering from. You will need to carry out a thorough medical assessment of your cat in this case.

Does My Cat Have an Eye Problem? 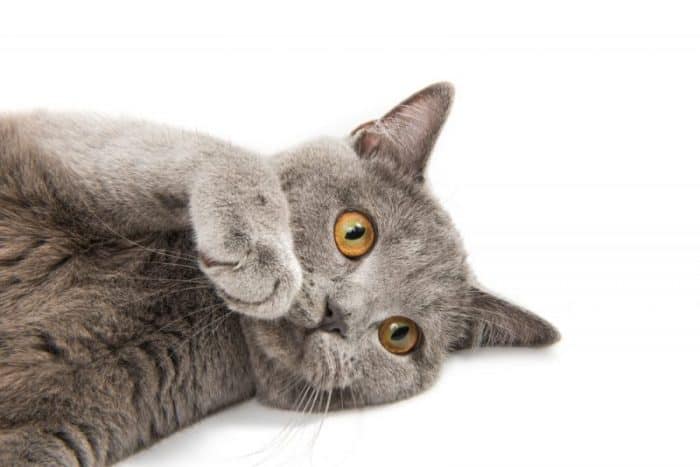 You can easily deduce whether or not your cat has any sort of eye problem by monitoring its behaviour or by observing it closely during playtime, because that is when it is the most active and you will easily be able to notice behavioural changes if there are any.

These symptoms and behaviours are:

Do all British shorthair cats have orange eyes?

What is the life expectancy of a British shorthair cat?

British Shorthair cats are generally healthy cats who live up to twenty years. They don’t have any complex hereditary diseases or health complications and so their life span is pretty long. Most cat experts quote that the life expectancy of a pure breed British Shorthair can be anywhere around 14 to 20 years. On average, British Shorthairs are known to live for up to 13 years or more.

At what age do British shorthair cats stop growing?