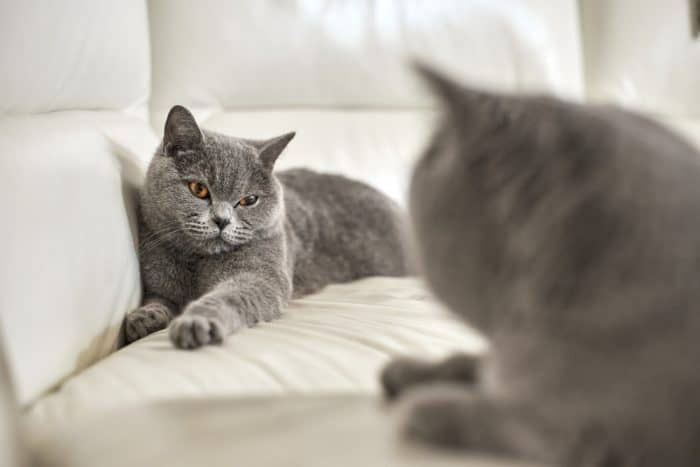 Life with a companion is all the more brighter.

If you wish the same for your British Shorthair cat, you are in luck.

Do British Shorthair Cats Need a Companion? The short answer to this question is a simple one word – no. British Shorthair cats like to have their personal space. They are a very friendly cat that will get along with other pets and humans.

Even though British Shorthairs don’t need a companion, you can still get them one. They certainly wouldn’t mind the company.

In this article, you will be able to get inside the head of your British Shorthair and get a better understanding of whether or not it is time to put your matchmaking skills to the test.

Should I get a companion for my British Shorthair?

If you already own a British Shorthair, you already know about their love for independence.

Unlike most cats, these guys don’t mind to stay on their own. In fact, they prefer their space and unclingy owners. (you’ve been warned helicopter pet parents)

Regardless of which, they wouldn’t mind the company. Every cat needs another companion, no matter how much love they have for space.

From the human, they get the comfort of friendship and a much-needed caregiver. But, no matter how much food or toys you’d bring to the cat, they still need that affection and intimacy that only a companion can provide. A feline cat is irreplaceable, even if it is a human. Everyone needs a soulmate, even cats.

Our furry little friends can give each other warmth and company when you are not around. Remember, it doesn’t always have to be a male and a female cat. You can always keep two male or female cats to fill that role of a companion.

Before you decide to get another, there are a couple of other things that you need to look into.

For example, can you handle taking care of two cats? Is your house safe for two cats?

Getting A Companion For Your Cat Is No Longer A Choice 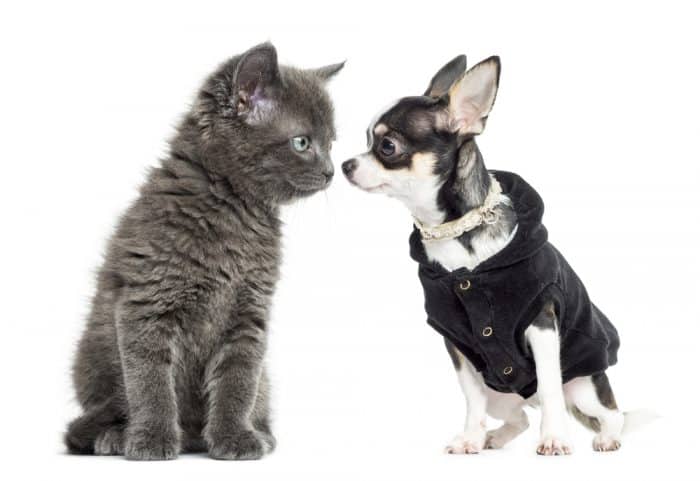 There are some situations where you may not have a choice but to get your cat a companion. This is when your British Shorthair cat’s anxiety goes through the roof with your absence.

You may notice they are less active or energetic than usual. Though they prefer to be alone, but like every other cat, if you leave the British Shorthairs alone for a long period of time, it could have a dire result.

The combination of depression and anxiety could increase their stress. These high levels of stress could develop illnesses like cystitis or immune suppression illnesses.

Normally, cats don’t need a companion unless they aren’t getting enough attention. Out of the majority of cat breeds, your British Shorthair is not going to stress about whether they have a companion or not.

If it seems more annoyed than usual, and everything is medically fine. Perhaps getting them a new friend would be beneficial.

Is Two Better Than One?

There is a little advantage to getting two British Shorthairs, rather than one.

They can both play round and eventually tire each other. Moreover, they are likely to support and entertain others as time goes on.

In addition to that, you can benefit from mutual grooming, where the cats will keep one another clean.

A plus point to keeping two cats is the entertainment you get by watching them play around. It is a treat to watch them together.

Can I Handle a Two-Cat House?

To the contrary, it would require less effort. The cats will give each other support and entertainment. When you get another cat, it is important to help them get comfortable in their new home.

Let them get used to the scent of the other cat, and to get comfortable sharing their things with each other. Keep the two apart till they are ready to accept them. A few playtime sessions before letting them stay together would be an excellent way to get things started.

If you are a first-time pet parent, we will urge you to avoid getting two cats. You should also be given the time to get used to handling a pet before you can get two straight off the bat.

Changes to Make When Your British Shorthair Cat Gets Companion

Albeit when you get two cats, you will have to make some additions.

First off, you need to get an extra water bowl, and litter tray.

Second, you may need to consider whether these cats will get along or will you be in some territorial dispute face-off. We would recommend you to get two of everything that you get for the cats. It will help you avoid any conflicts in the long-run.

Suffice to say, keep two scratch posts, and their beds in different corners of the house. Remember, they need that personal space.

Which Companion to Get For Your British Shorthair Cat?

If you are all set to get a companion of your cat, the next step should be to decide between getting the combination of two tomcats, two queens, or one tom and one queen.

To answer this question, we would suggest sticking to the traditional one tom and one queen or getting two queens.

Why? Two tomcats will stir up too much trouble for you. It will take a lot of time and effort to get two toms to get along with each other. Save yourself the trouble and get a tom and queen. Or, two queens.

At the end of the day, no matter what combination you pick, just make sure they are both neutered and/or spayed.

De-sexing the cats is not only good for their health; it also reduces the chances of them fighting one another.

Why Do You Need To De-sex Your Cat? 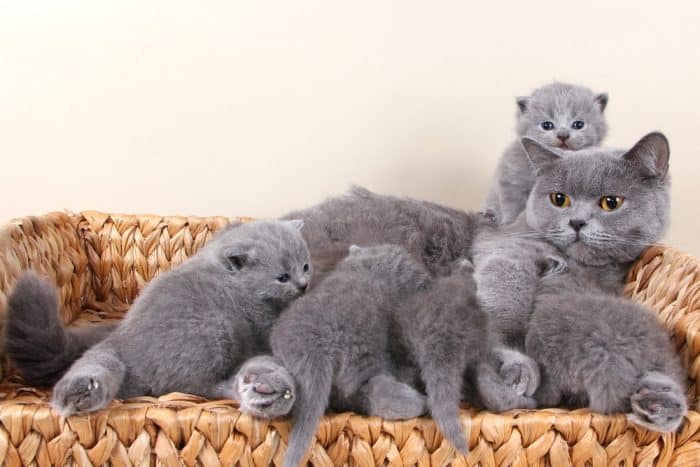 De-sexing your cats, especially when you have two, is incredibly important to create a healthy and comfortable environment.

If you are wondering why let us clear things up.

As the name suggests, de-sexing your cats will help you avoid repopulation.

We’ll admit that the idea of owning a litter of kittens is dreamy. But, in reality, taking care of all those cats can be like hell. Just think it about it for a moment. An average feline cat can reproduce 420,000 kittens in just seven years.

Tomcats that aren’t neutered tend to get into more fights. Although queens aren’t as aggressive, research suggests they can live a longer life.

The Cons of Caring for Two Cats

All good things come with a bag of downsides as well. Such is the case for two cats.

For starters, your expenses at the vet will double for obvious reasons. Additionally, there is a doubled expense of food and the cumbersome task of cleaning out litters.

To make matters worse, you might be at risk a brutal catfight.

British Shorthairs are an independent and well-behaved cat; they wouldn’t mind staying alone.

They can easily handle staying on their own, as long as it is one to three days.

If you are preparing to go away for a longer period of time, it’s better to get a friend or pet sitter that can look after your cat.

Do you recognize the British Blue from somewhere? Well, it’s none other than the celebrity known as The Cheshire Cat.

British Shorthairs are a mixture of quiet and affectionate. They are friendly to all and calm natured.

The average cost of adopting a British Shorthair Cat is $75 to $100.

The British shorthairs are a strong and independent breed.

They may tolerate cuddling, but just know that they prefer less enthusiastic affection.

Even though they are friendly and sociable, they do not like to be picked up and held.