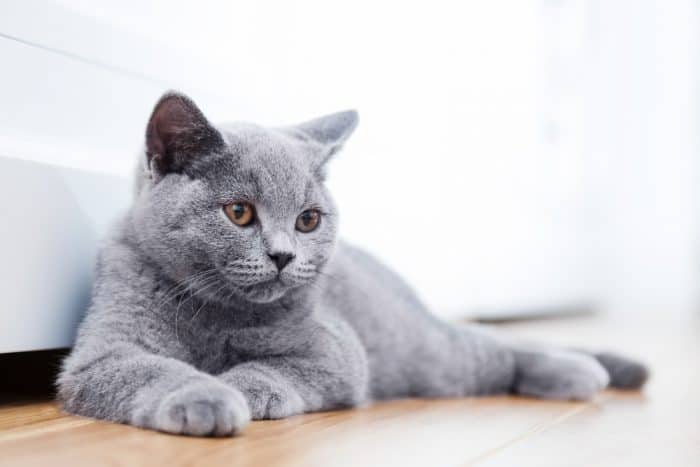 Cats generally shed a lot of hair in their lives and if you are used to having them as pets, you have probably learned to deal with it.

Shedding is a healthy and natural process. It is through shedding that cats keep their fur healthy and clean.

There are certain cats that don’t shed hair. For example, the Cornish Rex.

However, there are some cats that shed a considerable amount of hair in their lifetime.

Do British Shorthair Cats generally shed a lot of hair? Yes they do.The British Shorthair has a short, but thick layer of fur around it.This fur has a double layer and its undercoat sheds quite frequently. You will have to groom the Shorthair regularly. At least, twice a week. This will help get rid of the dead hair.

The British Shorthair also sheds more hair during spring because it is growing.

So, you will have to clean up its hair more frequently during the spring and fall seasons.

However, the British Shorthair sheds less than the British Longhair, which has longer fur that they shed regularly. 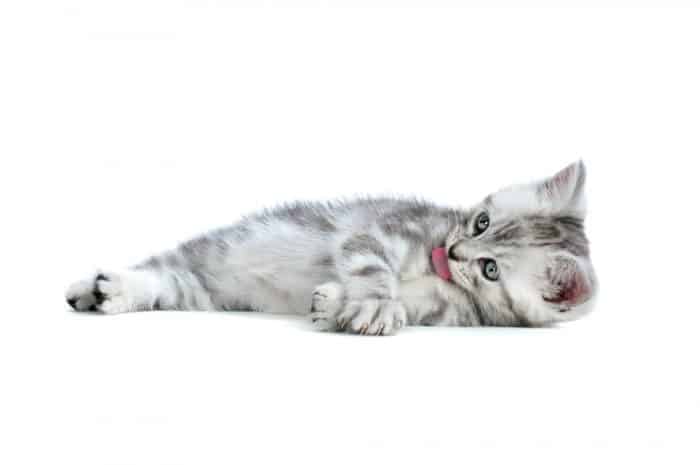 This particular cat species has a tendency to shed more hair in comparison to others.

However, if your cat is shedding more hair than usual, it could be a red flag.

Some reasons why your Shorthair is shedding more than usual include

1. The diet they consume

If your cat is old and struggles with either appetite or digestion, they might be missing out on essential nutrients, which then leads to excessive hair loss.

Another reason why your Shorthair has trouble consuming or digesting food could be because they have swallowed their own hair.

Swallowing their own hair could lead to digestive and gastric issues. These issues would then lead to the cat consuming even less food.

Another reason why your cat is shedding more hair than usual could be due to a flea infestation.

If your cat has fleas, it will keep scratching itself which will lead to even more hair loss. Undetected fleas could lead to skin disorders which could lead to hair loss.

In addition to fleas, your cat could be subject to various fungal infections which could also be the reason why it is shedding more hair than usual.

If your cat is anxious for any reason, there is a good chance it will shed more hair than usual.

Cats, like other domesticated animals, tend to grow anxious when there are major changes in the surroundings or when they generally feel unwell.

However, anxiety is usually temporary and fades with time.

Especially for British Shorthairs since they tend to adapt quickly to new situations.

If you are tired of cleaning hair off the carpets and off the floor, there are a number of things you can do to reduce the amount of hair you have to clean every day. These things include 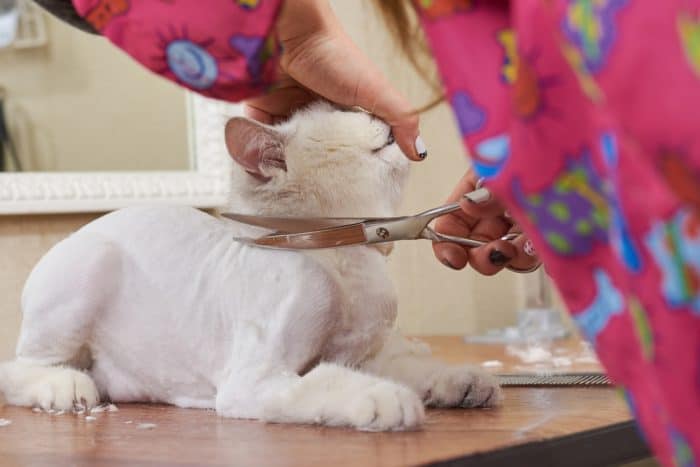 Despite their short hair, the British Shorthair sheds quite a lot and has to be groomed frequently.

If you groom your cat twice a week it will remove all excess hair. In addition, it will also help improve the quality of your cat’s fur because it will help distribute natural oils that are already present in your cat’s hair. You can find all kinds of cute combs and mitts in the market. If you want to use something fancier, you can even use a pet vacuum.

You can choose whichever tool your cat likes best. Some cats like combs more. And other cats enjoy the feel of the mitts because they feel like someone is stroking or petting them.

British Shorthairs are not exactly fond of the water. However, frequent baths can help combat hair loss.

In the case your cat refuses to cooperate, then you can use damp towels to wipe your cat so that the excess hair comes off easily.

Using a towel is easier, and much more convenient than the process of giving your Shorthair a bath.

However, if you do end up giving it a bath, then you must dry it thoroughly and not let it go out until it dries or else it could get sick.

To have some control over the amount of hair your cat sheds, you can make alterations to its diet.

Adding Omega 3 to your cat’s food will help reduce hair loss. Omega 3 is found in fish and since cats love fish, adding it your cat’s diet should not be a problem.

However, feeding your cat only fish can be unhealthy as well. Omega 3 is also added to cat food so you do not have to give your cat a lot of fish. The best cat food is rich in both Omega 3 and Omega 6, both of which are great for your cat’s overall health.

However, the best cat food is usually also the most expensive one.

If you cannot afford expensive cat food, you can follow recipes to make food for your cat at home.

However, this is a tedious job and you might not have the time, or the strength to incorporate this activity into your daily routine.

It is best to consult a vet before making major changes to your cat’s diet because older Shorthairs have different dietary requirements as compared to younger Shorthairs.

What to do if your Shorthair keeps shedding despite precautions?

If your Shorthair keeps shedding excessive fur despite all the precautions you are taking, this could be the sign of a health problem.

Do not be alarmed!

In that case, you must take your cat to the vet immediately. An expert opinion is vital before you take further actions. Cats tend to have skin allergies and diseases that eventually worsen over time if they are left untreated.

So, rush to the vet immediately if you notice symptoms of skin disease along with excessive hair shedding.

Thus, British Shorthairs have a tendency to shed a good amount of hair. However, this can be avoided and handled with ease and should not affect your overall experience of having a Shorthair.

Things to Know Before Getting a British Shorthair Cat 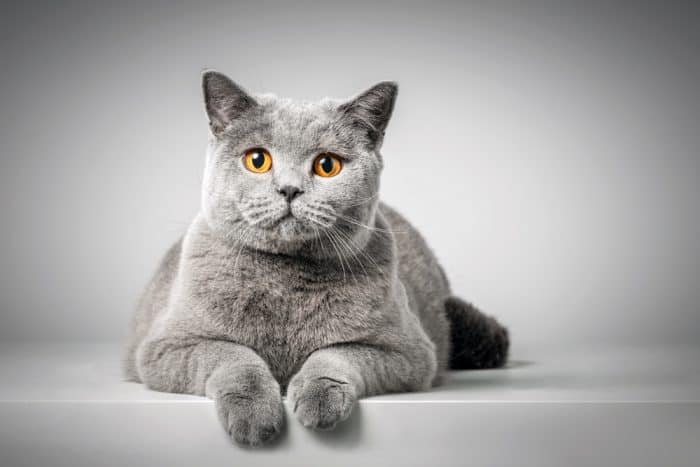 The British Shorthair is a popular breed.

People love to get them as pets due to their calm personalities and how easily they adapt to new surroundings.

They settle well with children and are adequately intelligent.

1. Where they came from

These cats are said to have originated in ancient Rome.

They were domesticated by Romans who wanted to use them to get rid of the mice in their houses.

These cats traveled from Rome to the British Empire, and because of their tendency to adapt and survive, they successfully integrated themselves with the surroundings.

They have a fat, round face and big round eyes. They have a soft coat that comes in a variety of different colors.

Their fur is extremely soft, however, they shed quite a lot of hair. They are compared to Teddy Bears because of how cute, round, and cuddly they are. Female Shorthairs are significantly calmer than males. However, males are also not as energetic. The Shorthair is big and round, however, that does not mean that it is an obese species.

They can weigh up to 17 pounds and live for around 20 years.

3. Do they need exercise?

British Shorthairs may look obese, but they are not actually fat. However, like all other cat species, they do have the tendency to become fat if they don’t get enough activity. Furthermore, Shorthairs like to stay indoors. Due to this, they are thought of as being not very active and energetic.

They come off as lazy to many people who observe them!

However, if you play with your Shorthair every day, it will not become obese.

British Shorthairs are not as affectionate as you would like them to be. They are particular about cuddling and will enjoy it at specific times only.

What breed of cat sheds the least?

Siamese, Tonkinese and the Turkish Angora are cat breeds that are likely to shed the least amount of hair.