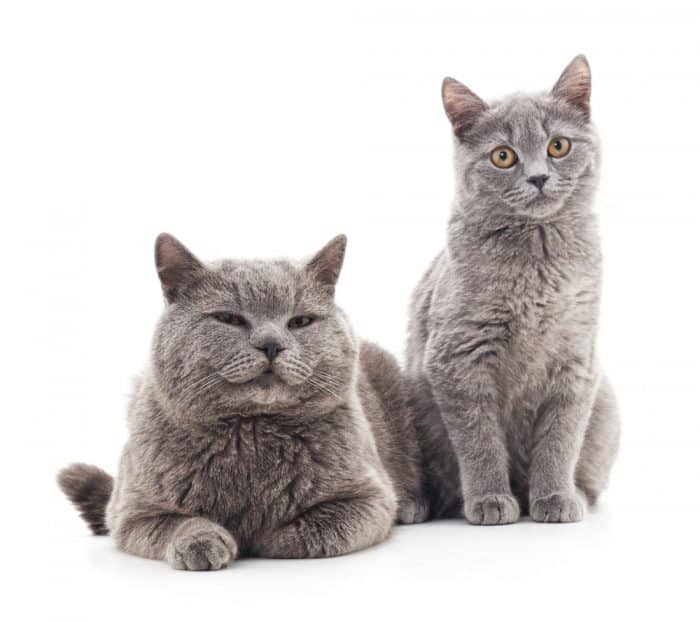 The British shorthairs have everything a cat owner loves (and wants)!

Adorable features, laid-back personality, and loyalty – what more can you ask for?

Many owners of British shorthair cat consider adding more cat(s) of the same breed to their family but is it a good idea?

Do British shorthairs get along with other shorthairs? Yes, British Shorthairs are cat-friendly and get along quite well with others of the same breed. However, they might require some time to adjust so make sure you introduce the cats slowly and gradually to avoid any friction.

Notably, British Shorthairs are receptive towards other breeds of cats as well besides their own kind.

In this guide,’  let’s take a look at how you can create a comfortable coexisting environment for more than one shorthair.

The British shorthair – One or two? 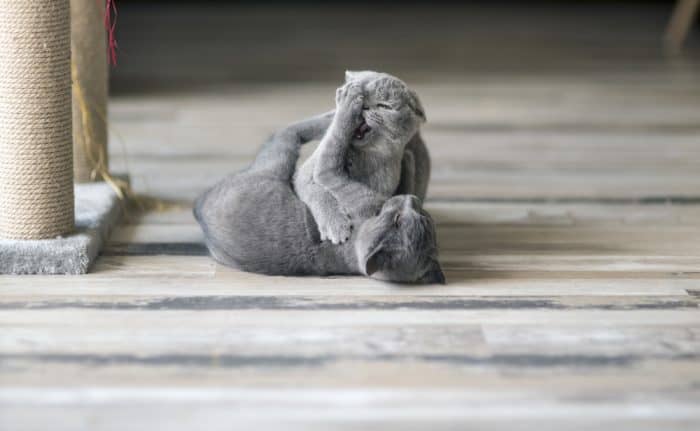 Here is the deal:

However, shorthairs are also very social and will benefit from a friend around – especially when humans are not available to keep them company.

Of course, as a responsible cat owner, you will have to make certain accommodation choices such as additional food and water bowls, separate litter boxes, and even a sleeping area to omit the chances of territorial disputes.

Important considerations before introducing the cats

Before bringing one or both the shorthairs home, make sure you:

Male cats have a reputation of being aggressive and of avoiding any chauvinism, consider getting a pair of male and female or two female cats. It is also essential that you neuter and spray the cats before they are introduced. This not only eliminates the chances of mating and keeps their health optimal but also enhances companionship and support towards each other.

It also goes without saying to purchase extra amenities for your cats. Provide two beds for the cats as well. Some shorthairs are happy snuggling with their mate while others simply hate it.

To avoid quarrels during bedtime, simply keep two distinctive sleeping beds for each of your pet.

Make sure that you also keep two scratching posts and ample toys for ease-of-sharing.

Partial introduction of your cats:

Throwing two cats together in one territory without any proper planning is merely asking for trouble. Cats are not like us humans who (usually) click at their first meeting. Their introduction should be gradual to ensure life-long companionship.

When you bring a new cat to your home, keep it in a special isolated room. Make sure the room is equipped with the basic – a food bowl, water bowl, litter box, bedding, and some toys. This will help the new cat adjust to the environment of your home and make the introduction smoother for you.

Cat experts suggest the two cats should be able to smell and hear each other. Try feeding them near the door of the isolated room to let them associate to each’  other’s smell and voice.  Some cat experts also suggest switching the rooms of both the cats after 2-3 days so they can get used to each’  other’s odors.

If all seems ok after a week or so and the cats are not hissing or growling at each other through the door,’  it’s time to prep them for the first sight. When giving the cats their first look of each other, keep them on different sides of the screen door or a high baby gate. This way, the cats can get a good look at each other without any added aggression.

Continue feeding and playing with both the cats separately but within view of each other. Initially, the cats may shy from eating or even playing in front of the other. But with consistency, they will improve and be more comfortable with the’  other’s presence.

After a few days of repeating the same method, you can arrange a face-to-face meeting of both the cats.

The final step is to allow the cats to be together – for a face-to-face meetup.Of course, keep the interaction supervised until you are sure both the cats are receptive towards each other.Don’t worry if the cats completely ignore or even hiss at each other during the first physical interaction.

Let them be acquainted at their own pace.

Keep offering them their portion of food, playtime, and love to avoid jealousy. However, don’t leave them alone or unsupervised until they learn to get along without bullying or harassing each other. 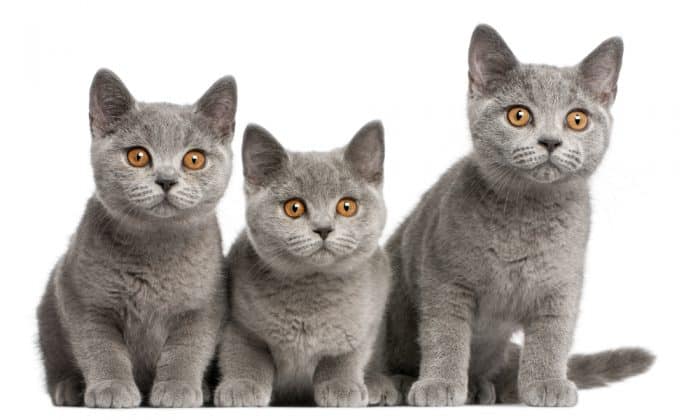 British shorthairs make great pets. And if you are an experienced cat owner, it is a good idea to start with two kittens rather than one. Bringing two shorthair kittens at the same time will minimize territorial disputes.

Since both the kittens will be coming to an unfamiliar environment, they will adjust their living conditions between them. However, one cat will likely take on the dominant role. Since kittens are more active, they will run and play around together, draining each’  other’s energy. They will also keep you entertained with their mischievousness.

If you are buying kittens from a reputable breeder, make sure you find out about their’  parent’s temperament and health conditions. You can also analyze their temperaments from the insights provided by the breeder.

Of course, this advantage disappears if you buy the two cats separately or from different sources.

The downsides of having two cats

Having a playmate for your cat is an enthralling prospect. However, remember that two cats mean double the veterinarian appointments and of course – the bill. It also means double the food expenditure, litter, and play items. Luckily, shorthairs are a hardy breed of cats.

And don’t require any extra care than most other kinds of cats. If you do decide to get two shorthairs for your family, make sure you provide them both with a nutritious diet, clean litter, adequate grooming, regular visits to the vet, and plenty of love and playtime to enhance their well-being.

Do British shorthairs get along with other pets in the house?

If the British shorthair gets along with other cats of the same breed, will they be friendly with other pets present in the house as well?

Generally, yes! Besides cats, British Shorthairs are friendly with other animals, especially dogs, rabbits, rodents, and even birds.

However, every cat is different, and the ‘friendliness” is dependent on your unique situation. For example, if the short hair and a dog are raised together since they were babies, they are likely to get along very well.

On the other hand, introducing an adult shorthair to an adult dog may come with consequences. Same goes for bringing a kitten to a home with an adult dog already present. When it comes to small animals like birds, fish, and rodents – make sure to keep a watchful eye on their interaction initially.

The British shorthairs may think of them as prey and can make a treat out of them when you are not looking.

Patience is the key

In order to develop an everlasting bond between your two pets, we suggest being patient.

Just like you cannot force two human beings to get along, there is no way to enhance companionship between two British Shorthair cats. Give them time but remain consistent when enforcing their interactions. Gradually, they will warm up to each other and become mates for life.

British Shorthair is affectionate, and like the attention, they get from their owners. However, when it comes to cuddling, remaining low-key is the best way to deal with the sweet-natured cat.

Does British shorthair shed a lot?

No, British Shorthair has a dense fur which means that they don’t shed as much as the other healthy breeds of cats. However, since they have a short coat, they do require regular grooming to get rid of loose fur. In fact, the short hair can get quite fussy if they are not groomed at least twice a week.

Definitely yes! The British Shorthair is an intelligent breed of cat that is affectionate, laid-back, and not as active as other types of cat. They do enjoy an occasional game of run outside but are pretty much contented with the inside environment of the home.