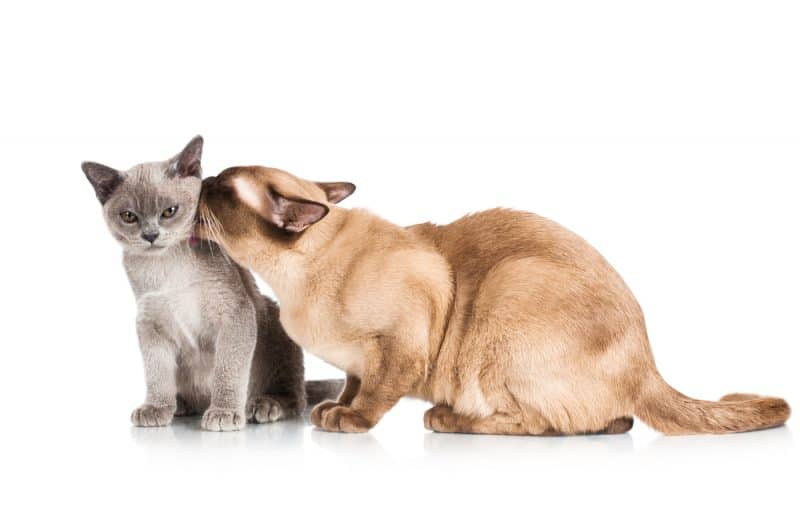 Cats are not as social as dogs, so do they really need companions?

The answer is YES! Cats do need companions.

When it comes to Burmese Cats, let’s see whether they get along with other cats or not.

Do Burmese Cats Like Other Cats? Burmese cats are incredibly social creatures that get along with all kinds of cats, dogs, and even kids. These playful felines love to be the center of attention and are adorable little bundles of fun.

Burmese cats get along with some cat breeds better than others. 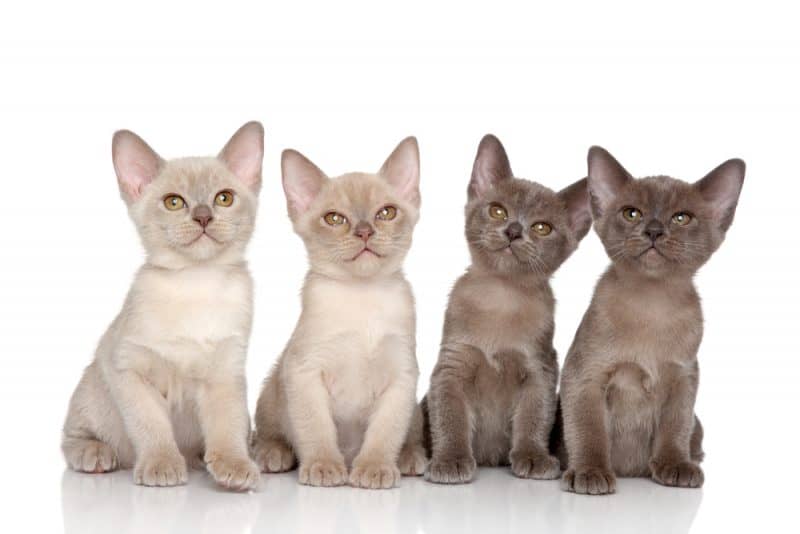 As I mentioned before Burmese cats are really affectionate and they love to play. A Burmese will do its best to sit on your lap and beg for cuddles. The Burmese are actually thought to be one of the friendliest and affectionate cat breeds out there. So if you are looking for a cat that loves to cuddle as much as you do, then Burmese are definitely the way to go.

The Burmese are actually considered the dogs of the cat world. You won’t ever find a Burmese sitting in the corner or doing nothing. These cats love to explore and will do their best to get your attention.

Burmese are more vocal than most cats, but they are not as noisy as the Siamese. All you need to know is the Burmese cats know how to get their message across, and they will make sure you know what they want.

Do you have a Burmese cat and are looking to add more cats to your house? Well, you are at the right place. I have compiled a list of all the cat breeds that get along with Burmese Cats, so keep reading. 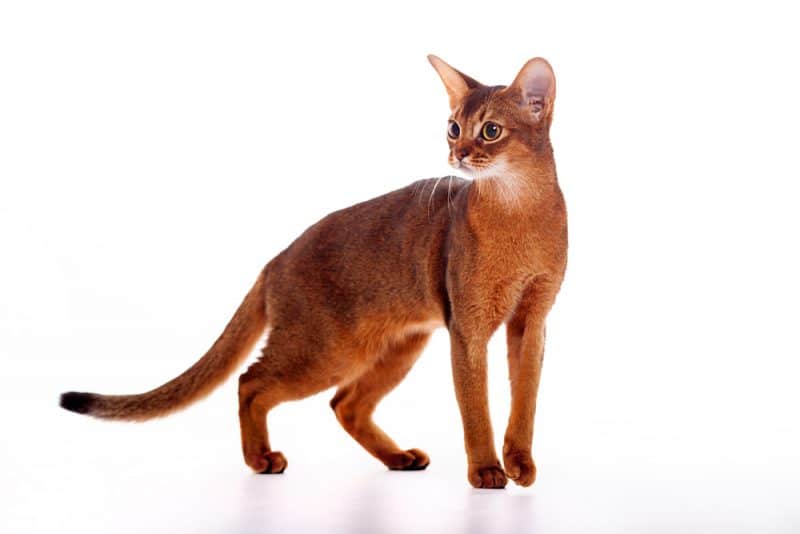 Abys are extremely affectionate creatures that get along with almost all kinds of pets. If you want your Burmese cat to have a pal, then Abys are a great option. These felines are outgoing, loving, intelligent, and very curious. Abys are even known to get along with ferrets and birds. 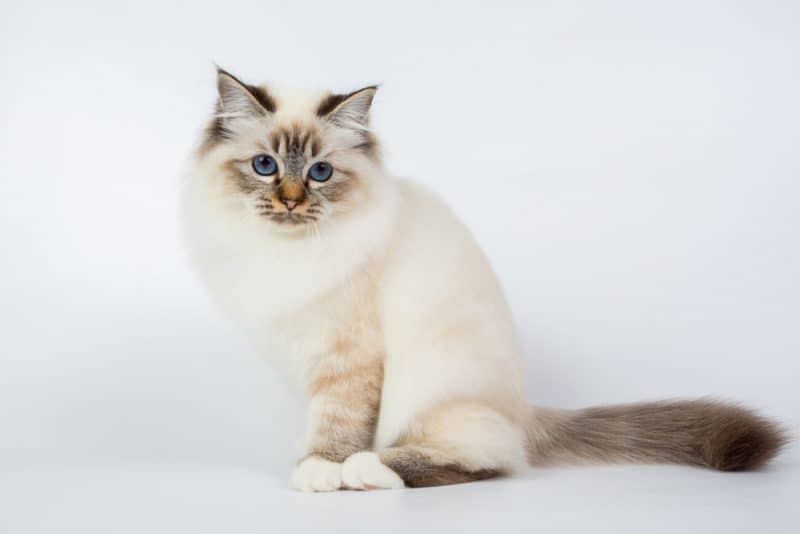 Birmans are one of my favorite cat breeds, with good reason. The friendly and mellow Birmans are a great addition to any household. They can serve as great companions for Burmese Cats. Birmans are exceptionally great with children and young toddlers. The fact is that these beautiful creatures are very tolerant, and they don’t mind the fussy and touchy attitude of kids. You will often find these cuties cuddled in the corner with their cat or dog pals. 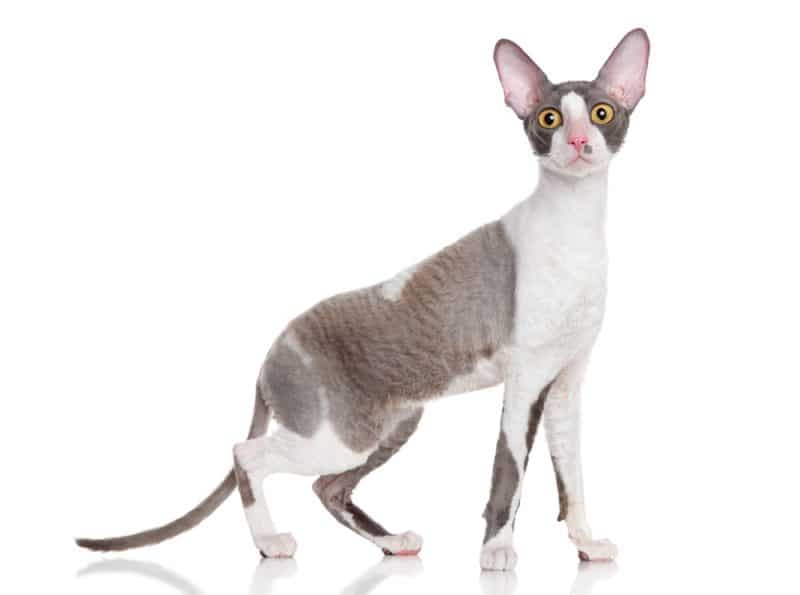 The Cornish Rex are active felines that love to play. These kitties are super outgoing, and they are actually a great choice if you have Burmese Cats at home. These friendly cats get along with most pets, and they love to take part in energetic play sessions. These cats will surely keep your Burmese entertained.

The Siamese may have been portrayed as villains in Disney’s Lady and the Tramp, but do not let that fool you. Siamese cats are incredibly affectionate creatures that are super outgoing and playful. According to experts, these cuties and inquisitive and intelligent. These cats love getting involved in everything you do, and they are anything but aloof. The best part about these cats is that they get along with all kinds of pets, especially Burmese Cats. Siamese are very vocal, and if you want a cat that actually converses with you, then Siamese cats are the way to go. The kitties are a tad bit noisy, so beware. 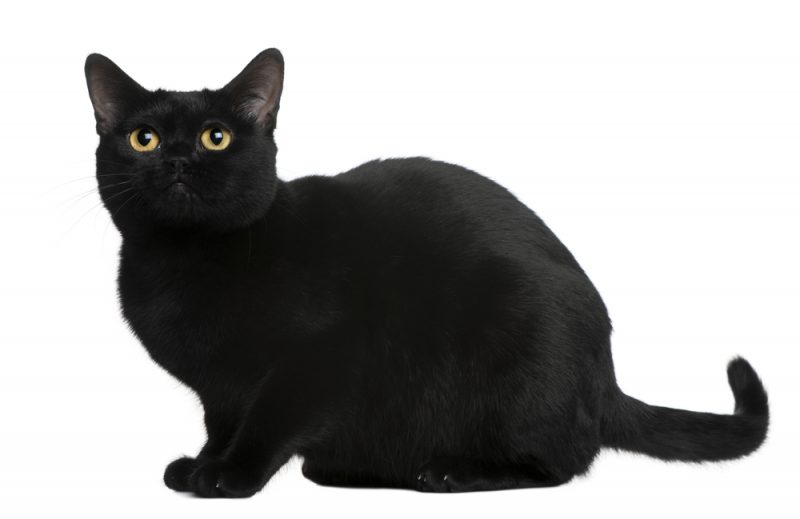 As far as people have roamed the planet, the black cat has always been at the center of superstition. It’s often linked with bad luck and witchcraft. But the beautiful dark Bombay’s are anything but evil. These outgoing and playful creatures are a great addition to any household. They can serve as great companions for your Burmese. These gorgeous creatures are incredible with kids, and they also get along with strangers. The Bombays are known as miniature panthers. Its high time that pop culture stops linking this beautiful creature to evil things. 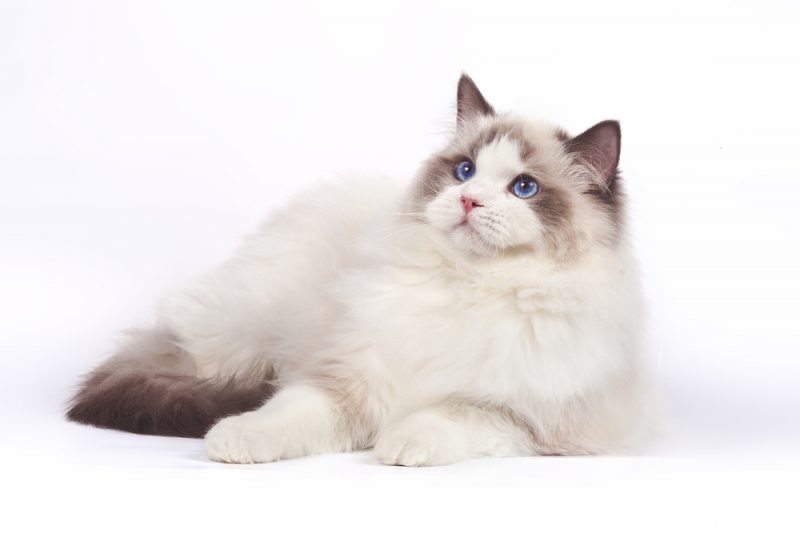 Ragdolls are fluffy bundles of joy that go limp like ragdolls when they are picked up: hence the name. These are passive creatures that have very mellow personalities. These beautiful felines love to play with the humans they trust, and they get along with all kinds of pets even other cats. Once you get a Ragdoll be prepared to be tailed everywhere you do, they won’t even leave you alone in the toilet. These are actually one of those rare cat breeds that actually come when they are called. 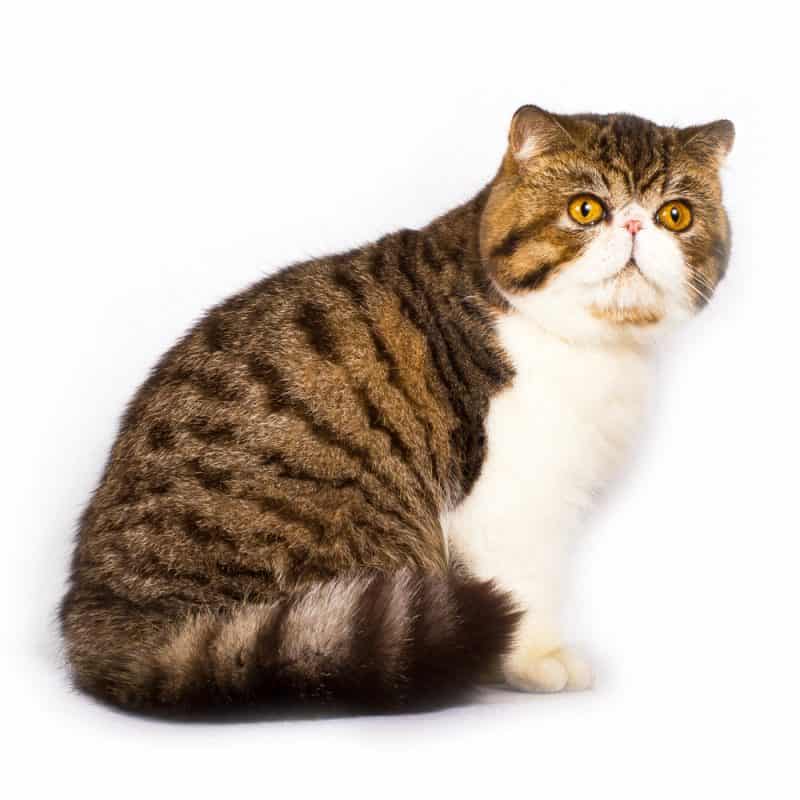 These cuddly felines are every cat owners dream come true. These creatures are dependents of Persians mixed with American Shorthairs. So they aren’t just cuddly they have a fantastic personality as well. These are ideal cats for people that do not have time to take care of high maintenance cats like Persians due to their busy schedules. Exotic shorthairs have short coats which make them easy to groom and take care of. They do not shed as much as most cat breeds. Exotic Shorthairs are extraordinarily loyal, and they do take their time to warm up to strangers.

How to Introduce Burmese Cats to Other Cats

I have often seen people just throw two cats together in a room without getting them familiarized with each other, and the results are anything but shocking. People need to understand that cats are territorial creatures, and they believe in personal space. A cat does not like having its home invaded by some foreigner.

Introducing your Burmese to other cats is not as simple as you think it is. The whole process is long, but effective.

Before you bring a new cat home, make sure that you have covered all of your basis.

Your Burmese should be set on a feeding schedule before you bring home a new cat. You need to stop free-feeding and just establish and feeding routine if you do not already have one. Meals are a great time for not only humans but also cats to get to know each other. When you bring home a new cat, you can feed both your cats together and this way they might just bond over the same routine. It might even become a ritual, a great way to break the ice.

During the introductions, you cannot just allow both the cats to roam around freely; you need to define an area of your house that will be your new cat’s territory. Give both the cat’s their own place and also establish ground zero. You could use the office, the master bedroom, or even some extra bathroom. The only thing that needs to be there is a strong human scent that will help your cat feel like home.

Another thing that you need to make sure is that both the cats have lots of soft items in their territories that will soak their scent. Cats actually rub against things and mark their territory. Cardboard scratched, pillows, cushions, beds, blankets, and carpets are all excellent scent soakers.

Another important thing you need to ensure is that the two cats do not lay eyes on each other before the introduction session. Hence, try to keep the two felines in different rooms where they cannot see each other; even a little peek might jeopardize the whole process.

Once both your cats have become comfortable in their new territories, swap their territories. Place your Burmese in the new cat’s area and vice versa. Just make sure that these felines do not see each other. Most of their communication is actually based on scent.

For better results, allow the newcomer to run freely throughout the house and place your Burmese in the new cat’s territory and shut the door. Rinse and repeat the entire process. Soon enough, your new cat will be eager to roam around the entire house. This might take a few hours or even a few days.

Place a bowl at both sides of the door and allow the cats to eat. The cats will soon sense that there is someone on the other side.

Once the cats seem to be comfortable around one another, let them out in the same room. Supervise their interaction and if things start to go south, separate the felines and proceed slowly. In a few days, the cats will begin to play with each other, and all will be well.

Do Burmese Cats Have Health Problems?

Burmese are a relatively healthy breed and the health problems they are prone to include Hypokalaemia polyopathy and skeletal muscle weakness etc.

How Long Do Burmese Cats Live?

The average lifespan of a Burmese cat is about 10 to 16 years.