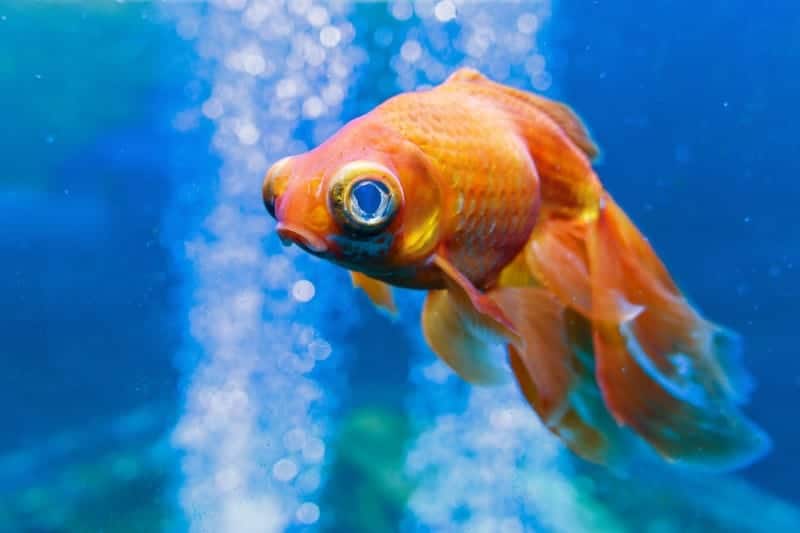 Let’s put it this way, do you get tired of watching your fish swim all the time and think about getting it to rest for some time?

I don’t know about you, but it always had me thinking that fish go to sleep and stop swimming when no one’s around because I was totally unaware of its natural sleep requirements.

This was when I thought I should learn about it, and if my fish is getting exhausted by swimming constantly, then maybe something should be done about it too.

So, do fish always swim? Do they ever get tired of swimming?

Fish that have swim bladders and do not need their gills to breathe, don’t swim the whole time. However, some fish, like sharks, don’t have a swim bladder, which is why they are supposed to be continually swimming; otherwise, they’d die. Having said this, fish do not really get tired of swimming because they might swim slow or rest for a moment, but certainly do not completely stop.

But how come they never stop, and their energy does not get drained at all? This is exactly what I’ll be explaining further in simpler words for everyone to understand.

Do fish get tired of swimming?

It’s like when you watch someone run in a marathon for long hours and want them to rest for a while because you feel exhausted by just watching them run?

But it happens because you know that humans are not supposed to be running all the time in order to live or breathe to be precise, right?

While, on the other hand, fish are aquatic animals and they don’t have any other choice underwater than to swim, no?

But swimming all the time means moving their fins and body continuously. Also, when you have seen it sleeping with closed eyes? It gets a bit hard to digest that its natural for them to keep swimming the whole time.

So, I’ve made a list of useful and relevant information for a quick insight into the fish’s swimming mechanism.

You see? Even when you think that the fish is swimming, it’s still resting!

Apart from this, fish do not need to rest for a couple of hours to regain energy or remain fresh.

They rest and sleep for a very short time because that’s how nature designed them to be underwater.

Signs your fish is going to die (Video)

Do fish swim while sleeping?

I wouldn’t say swim, but yes, they do keep moving their fins even while sleeping.

We’re specifically talking about pet fish that live in the aquariums.

At first, you won’t notice your fish resting or sleeping because it’s moving slowly.

But, when you observe closely, your fish’s body might seem to be moving, fins in particular, but they are resting.

Look, the fact that fish body and water density are proportional to each other clears out the confusion that fish have to keep their bodies in the movement even while sleeping.

Otherwise, if they will not move their fins, then the body will float in the water, making you assume that its dead.

Another thing that might leave you confused is the open eyes, as no one has ever seen a fish with closed eyes, probably, because they don’t have eyelids.

So, fish’s resting and sleeping mechanisms are a lot different than humans.

What happens when fish swim irregularly?

What exactly does irregular swimming mean for a fish?

Have you ever noticed any of these signs in your fish? Well, there are reasons why fish behave this way, and it’s also important to fix the issue that’s causing erratic swimming in your fish.

Fish experience stress underwater due to reasons like loneliness, insufficient props to play with, or hide behind, and lack of food intake, etc.

An unhealthy atmosphere in an aquarium basically refers to hygiene issues. When the water is not changed at the right time or the pH, ammonia, and nitrate level are not appropriate, then it becomes difficult for the fish to breathe fresh oxygen and it starts swimming either slowly or in fast motion.

Parasites are not very common in aquariums, but this cause should be looked into when you notice your fish trying to scratch its back on the aquarium walls, rocks, or plants. This also causes them to swim faster.

Weakness is not always caused by a lack of nutrition, but also because of old age or hidden diseases. So, when your fish is weak, then naturally, it swims slower than usual and takes frequent stops in between.

What if the fish is swimming only at the bottom?

I have always made a point to keep my pets healthy and provide them close-to-nature habitat because I feel it is my responsibility to do so.

This is why I get to experience so much stuff about them that also makes me learn new facts.

So, while we’re discussing fish and its swimming pattern here, one of the things that once I happened to sense, was when it was either lying or swimming at the bottom of the tank only.

This was something unusual because fish swim all over the place to exercise, play, hide, or sleep.

So, what are the reasons when your fish swims or lies at the bottom for a longer time?

Some of the possible causes include:

Do fish have to keep swimming?

Do fish die if they swim backward?

Not all fish, but ones without a swim bladder, can die when they swim backward. The reason for this is the simple breathing mechanism that requires the water to first pass through the mouth and then over the gills to get out. However, when fish try to swim backward, the water is not allowed to pass over the gills, and it remains inside out. This creates suffocation, and the fish dies.

Do fish swim against the current?

Yes, fish that are born in freshwater later migrate to oceans to grow by swimming with the water streamflow. So, when the time comes for them to breed, they get back to their birthplace to lay eggs. This is when they swim against the current with the help of their tails that help them in staying in the correct position.

You cannot exactly drown a fish because fish are always inhaling oxygen from water and exhaling through gills or swim bladder. But a fish can die due to lack of oxygen, can also be called suffocation, when the water is not allowed to pass through gills or the pH, ammonia, and nitrate level in the aquarium is not accurate.

There was a time when I used to think that my fish is smart enough to play me by not sleeping when I’m around. I thought they sleep after I go to sleep because I had never seen them rest their bodies. But after some time of research, learning, and observing closely, I got to know that even when their fins are moving, fish do rest for a while to regain energy just like any other living being.

But here is a little piece of advice for all of you who want their fish to live longer and healthier, try understanding their needs and turn off lights in the night so that they get to rest in peace. Also, some fish sleep in the daytime. So, make sure you provide the appropriate environment because all that they deserve is our love and care for making your living room look beautiful!

Contents show
Do fish get tired of swimming?
Signs your fish is going to die (Video)
Do fish swim while sleeping?
What happens when fish swim irregularly?
What if the fish is swimming only at the bottom?
Related Questions
Do fish have to keep swimming?
Do fish die if they swim backward?
Do fish swim against the current?
Can you drown a fish?
Final Thoughts