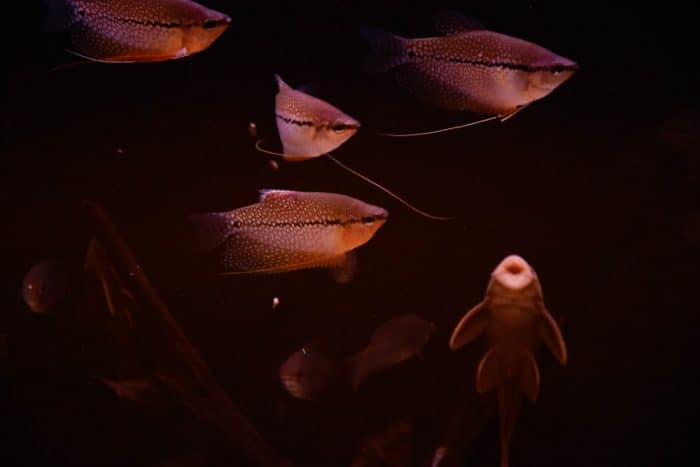 If you’ve ever been to the zoo or stumbled into the animal planet, you may have spotted some animal minding their own business, scratching themselves. This makes me wonder, do fishes ever get itchy? If they do, how do they scratch that itch?

Fishes often swim here and there, hide in a cave for some time or stay in one place. But it is nothing to worry about because we all know that this is just how fishes are, this is what they do. However, I have never caught them itching, probably because it’s hard to scratch with a fin.

If you have the same questions, look no further for answers. I put on my
Sherlock Holmes hat and got to the bottom of this mystery. What did I find? A lot of exciting things that you can read all about in this article.

Do fishes get an itch? 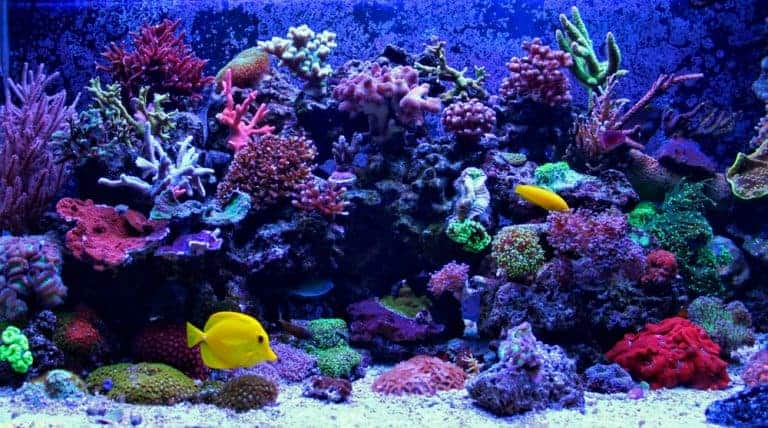 One google search away, I discover the answer that our friendly fishes do get an itch. Why do they get itchy? To understand this, you have to understand why we get itchy. Trust me, it all adds up in the end. So, why do we get itchy? It’s because of insect bites or skin dryness.

Some other factors that could lead to itching are high levels of toxins like ammonia or metals like copper in the water. These two could cause the fish to go bonkers and start flashing. What is flashing? Read ahead.

What is Flashing? (Video)

How do they get itchy?

So, a fish does get itchy, but before we can talk about the mystery of scratching, let’s see how it gets itchy. The parasites could be a result of poor water quality, in this case, I am not talking about pH levels. The poor water quality in regards to the environment could birth bacteria and parasites which later infect the fish. In some cases, a fish might get infected with parasites due to bad food. If you add a new fish and the rest start getting itchy later, you could probably figure out the rest.

It will be wise to put a new fish in a different tank. Also, to maintain the quality of water, keep the pH level balanced and avoid changing in temperature. Changes in the temperature could also cause fish to itch. Additionally, overcrowding the fish tank can lead to this problem.

Normally, if you find a fish scratching themselves, I would recommend having it checked out. In most cases, scratching is an early indication of an infection.

Should I be worried? 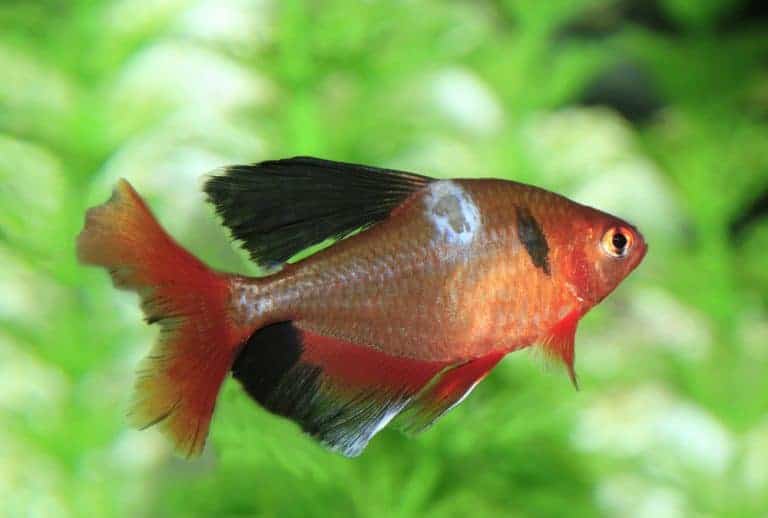 Ich (also known as Ick) is a parasite that causes the fish to itch themselves. If you see the fish continually rubbing themselves against the rock and other things, it could be fatal.

On the first signs of white spots, I would recommend quarantining the fish because it is contagious. They could infect all the other fishes, and it could be a massacre. Once you move them to a separate tank, you can start their treatment. Afterward, when it is hopefully healed, I would recommend treating the entire aquarium just in case the parasite spread before the quarantine.

The infection goes through a life cycle, which is mentioned below;

How do they scratch that itch? 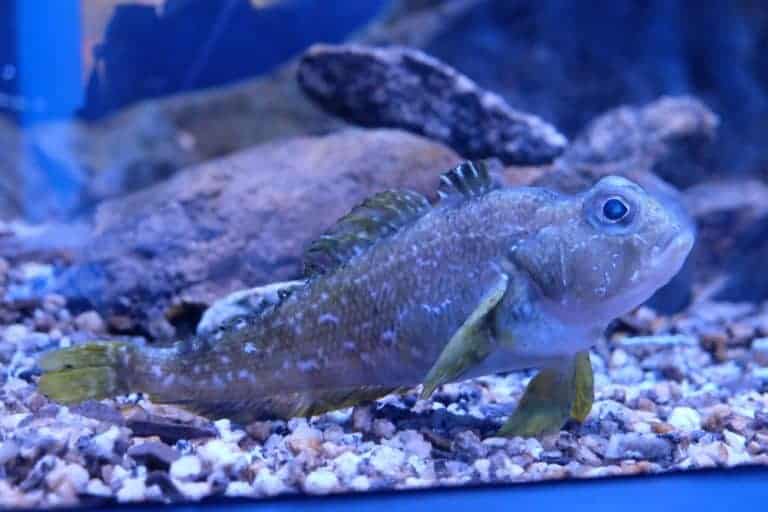 If a fish does get an itch, it will use the fins to scratch. Or, at least, that would be the case if their fins were mildly sharp in some way. Considering that they aren’t sharp, fishes have to scratch themselves by rubbing or scratching on objects. The phenomena where fishes start swimming straight into things or rub themselves against objects is called flashing. Let’s talk about what happens when a fish is scratching themselves against an object or sand.

If you ever find a fish rubbing themselves against the rocks or any object, it’s trying to scratch an itch. Rest assured, it is safe for the fish to scratch itself. You shouldn’t worry about the fish hurting itself because it is in full control. This might be dangerous if the rocks its rubbing itself against are sharp. If the objects or rocks are too sharp, the fish could end up hurting itself or losing their scales. Though it’s not fatal, I would recommend avoiding them. Some fishes could even heal themselves.

How to avoid fish flashing? 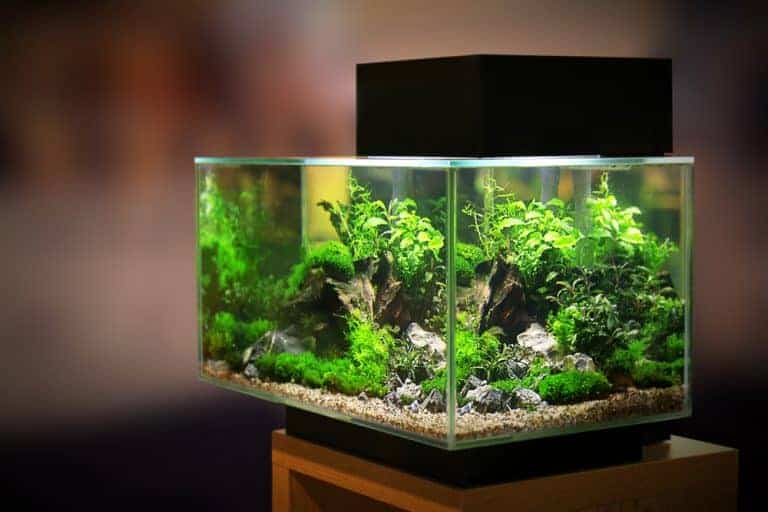 The simple way to prevent your fish from flashing is to keep clean water. maintain the water quality in the fish tank, and your fishes would live a long and healthy life. It is often normal fora fish to itch when you change the water or change anything like pH levels, temperature, etc. I wouldn’t worry about an infection unless your fish shows some of the following symptoms;

Why are my fish rubbing against the rocks?

An itch could cause irritation, which causes a fish to flash or dart. A flashing or darting fish is a term used to refer to fishes that are rubbing themselves against rocks or other objects to scratch an itch. It isn’t a cause for concern, because the fish won’t hurt itself scratching against the rocks, as long as it’s not sharp.

Why are my fish scratching themselves?

Some metals in the water, such as iron or copper, can cause the flash to flash. They traditionally start scratching themselves after the water change. Over time, the irritation decreases as they get used to the water. However, the cycle repeats itself upon water change.

Do fish itch themselves?

Yes they do, it is usually due to water change or some parasite. On the other hand, it could be a symptom of an infection. In such cases, look for any white spots on the fish. Other symptoms to the infection are scratching, gulping for air, or jumping out of the water.