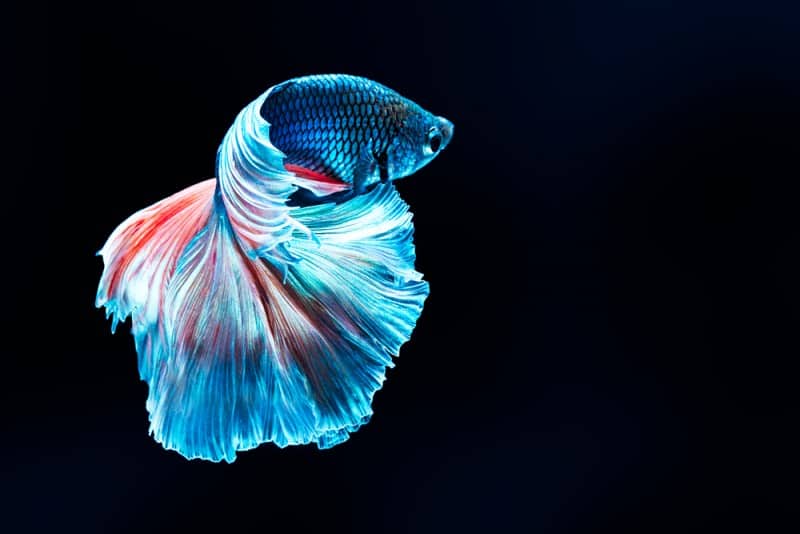 “Fish can remember things for only three seconds.” The popular notion has found its way into everything from literature to media.

I’m sure you’re all wondering at this point: Do fish remember things? Do they have a three-second memory? Well, the truth is, the statement couldn’t be further from the truth. Fish have been proven to remember things, and do so quite well! Many can remember things for over a year!


So how did the myth form? How great is a fish’s memory? Can a fish do puzzles? Let’s find out!

How great is a fish’s memory?

To answer this question, let me first ask you. How great is a mammal’s memory? Fish, like mammals, are a Class within the animal kingdom. According to OBIS, there are 126,570 identified species of fish! They estimate that the total species of fish are somewhere around 250,000. That makes it impossible to put all fish on one scale (pun intended).

While there is no sure-shot way of marking fish memory, there certainly are examples that help us understand the extent of fish memory:

It is important to remember that none of these studies show the cap of fish memory. They are simply the amount of time for which the fish went through testing (and succeeded). So now we know that Fish memory isn’t terrible, and is longer than the three seconds, we have grown to hear. But we’re sure more questions are looming in your brain, so let’s dive deeper into this ocean of thought!

But wait, is Goldfish’s memory that good as well?

Perhaps the biggest victim of this urban myth is Goldfish. The fish has continuously been thought to possess a three-second memory, and people believe that their world is thus always vibrant and colorful. While their world is vibrant and colorful, it’s because they have four color receptors (humans have three). They can see ultraviolet alongside the red, yellow, and blue! In terms of memory, though, they do just as great as the other fish (if not better). Various studies have shown that:

These tests show that Goldfish memory is nowhere near as bad as what we have been led to believe! And it’s not just memory where fish excel. They’ve proven to be very intelligent otherwise as well! Not convinced? Keep reading!

How intelligent are fish?

So memory is one thing. How do fish fare in the other intelligence departments? If you’re still guessing that they’d lack, and assuming that fish only know how to float about, then you’re in for a surprise. Like always, we’ll let science do the actual talking.

All of these studies tell us that we have underestimated our water buddies. Fish, although typically thought to be animals with little intelligence, have displayed that they’re no less than any other household pet in terms of intelligence and memory.

How did fish intelligence form?

Not all creatures are as intelligent as fish. A surprising number of older species do not possess social intelligence or cognitive abilities. So what makes fish special? Well, several factors are at play when it comes to how fish got intelligent.

The answer is straightforward. Fish have to compete to survive. While many animals such as jellyfish (which are not fish) and mollusk have many adaptations that let them survive the harsh nature (stingers, shells), fish typically have to fight for every morsel.

The competition for food is why fish have adapted and learned to survive using their intelligence. Each of the displays of intelligence that we mentioned previously can reasonably easily be broken down into a survival function. By remembering where they previously got attacked, and how they escaped, fish are able to find their way around predators and nets quickly.

Similarly, fish seem to remember mechanisms that allow them to obtain food. This remembrance is because the competition for food is fierce. A study that starved fish and then gave them pellets, displayed that the average fish stuffed 14 pellets of food in their mouth. The study goes to show that fish face difficulty finding food despite the abundance of the ocean, and have used their intelligence to be able to locate sources quickly. The Archerfish tend to learn quickly and can shoot accurately and account for refraction while doing so to obtain food as well.

How to test fish memory?

Still curious about fish memory and want to see it in action? Some simple tests can help you do so. Anyone that owns a fish already knows that fish is intelligence. You can note that fish quickly start rising to the aquarium surface when they see you carrying food or at their feeding time.

But to make things more interesting, you could always conduct a small experiment. Fish quickly learn to associate things with food. With this knowledge in mind, you can use a specific indicator for feeding time. This indicator is called a stimulus. The stimulus could be ringing a bell, music, or putting a lego block into their tank. You should then feed the fish immediately after you’ve carried out the stimulus.

After some time, you’ll note that fish will start rising to the top of the tank as soon as the stimulus happens. Even without the presence of food, they’ll be expecting food. This observation goes to show that fish can learn to associate a stimulus with feeding time, and can retain it for at least one day.

If you’re not impressed with the one-day time-slot (you should be, given that most people believe fish remember for just three seconds!), you could stop the stimulus for a few months. The next time that you ring a bell or play the music, though, you’ll note that the fish still respond immediately!

Why do people believe fish have a three-second memory?

We could direct the blame to “Finding Nemo” and the sequel “Finding Dory”, but the truth is that the myth has existed for a much longer time. People especially tend to believe that Goldfish have a three-second memory. The reason for the assumption can, in fact, much more reasonably associated with how people connected the short attention span and small brain of a goldfish to memory.

The myth is ultimately just an internet hoax that gained several believers. The belief in this myth goes to show how dangerous the information you find on the internet can be. Any misinformation through the internet can spread like wildfire, and many people tend to believe it as well. That is why it is always important to research before you believe anything fishy!

Is it cruel to keep fish in a bowl?

To shortly answer the question, it is!

Given the magnificence of a fish brain, it is simply unfair to keep one in a bowl. The bowl has no place for the fish to explore and would make the day pretty dull. With an aquarium, though, things can be different.

An aquarium is typically large enough for a fish to explore in, and people add in accessories of all types, which tends to make things interesting for fish. I suggest that you keep changing up the things in an aquarium. You don’t need to introduce new objects; you can simply change the placings of the old ones.

To make things more interesting for both yourself and your fish, though, you could do a lot more. You could train your fish to pass obstacle courses, play football, basketball, dance, and a number of other things!

Don’t believe us? Meet Comet. A BBC documentary first introduced the Goldfish, Comet. Comet has been trained to do many things. Dean Pomerleau has successfully managed to teach his fish to play several sports, fetch rings, and go through hoops and tunnels!

So what are you waiting for? Go get your Goldfish some quality equipment and teach it some of those tricks!

Do all fish have long memories?

Not all fish are equal. Many tend to have shorter memories. On the other hand, some can retain their learning for over a year. None, however, has a memory as short as three seconds (or anywhere near it for that matter)!

The memory function of fish alters with their intelligence levels. Those come down to several things and are mostly evolution-related. Some fish evolved later and have more complex brain structures. Others, such as the Coelacanth, evolved over 200 million years ago! Similarly, fish that evolved in areas where survival was tougher, have greater intelligence. The Archer is a prime example of the more intelligent fish species.

Now that we have gone through the ins and outs of fish memory, the notion of fish having three-second memories can be dispelled as a myth. Fish are wonderful creatures, and there’s so much about them that is still left unexplored. Perhaps the first step in the right direction is understanding that they are intelligent creatures, and can both remember things and feel pain.

I hope this article helped give you deeper insight into the ocean life and helped you feel a new-found connection for that oft-ignored pet!