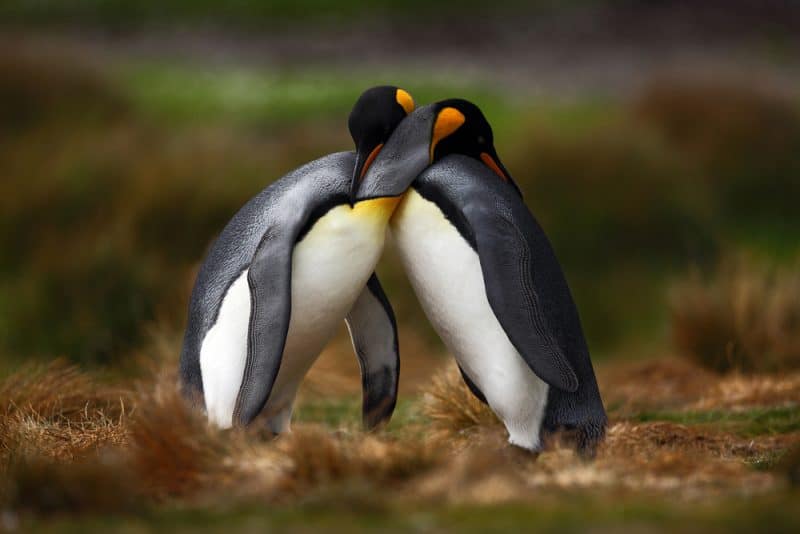 Monogamy is a social construct developed and popularized by humans.

Does the same concept apply to animals?

Penguin species such as the Emperor Penguin are only serially monogamous – Which basically means they mate with one couple for a season but the next season they will most likely have another mate.

Examples of monogamous penguin species include Chinstrap, Royal penguins, Gentoo, African and Magellanic. Another amazing behavior related to the mating of the penguin is that both female and male get to indulge in taking care of the chicks and preparation of the nest.

Penguins are magnificent creatures with rather unique characteristics compared to other birds.

Related: Can you own a penguin as a pet?

Monogamy might seem to have just one specific definition, but in reality, it has several.

When it comes to biology, monogamy can be easily defined as mating with only one partner for the duration of the mating season.

Some examples of monogamous animals include, 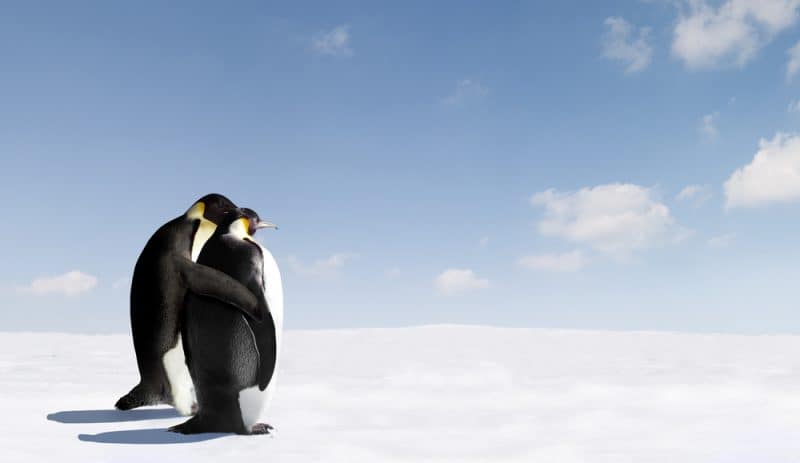 There are many different species of penguins, but when it comes down to monogamy, only a few portray this behavior.

The Emperor penguin is the prime example of serial monogamy in penguins. These are the kinds of penguins that do not mate for the same mate for life, but they do mate with one penguin for one season. Other penguin species that mate with one partner for just one season include Magellanic, Royal, African, and Gentoo penguins.

Male Emperor Penguins mostly begin to court female Emperor penguins in the months of spring, March or April. These beauties are serially monogamous, and they mostly take about one mate a season or a year. The child-caring actually falls on the male penguin, and so females go for the chubbiest looking mate. The female penguin lays the egg in the summer months of May or June, then transfers the egg to the male Emperor Penguin, and then she goes to the sea in order to feed. The male penguin takes care of the egg until it hatches. Then the male cares for the chick until the female returns.

Royal Penguins actually breed during the months of September, October, November, December, January, and February. The male penguins make nests using small pebbles, and then they form monogamous pairs with females. The pairing results in an egg or two. The chicks are then taken care of by the male penguin.

A Penguin’s Guide to Romance (Video)

The Monogamy Study in Penguins

A study was conducted at the Loveland Living Planet Aquarium in Utah on penguins to test the theory that penguins were monogamous. According to the study, the behaviors of penguins in captivity is much different than those in the wild.

The staff responsible for taking care of the penguins in the Loveland Living Planet Aquarium started to notice that the penguins do stray from their monogamous patterns and mate outside of their social pairings.

According to researchers, most animal species who are monogamous are not actually a hundred percent that way. There will always be deviations. For example, humans who are always considered to be monogamous creatures do not always act like that or remain in that social construct. Just like that, penguins also stray. 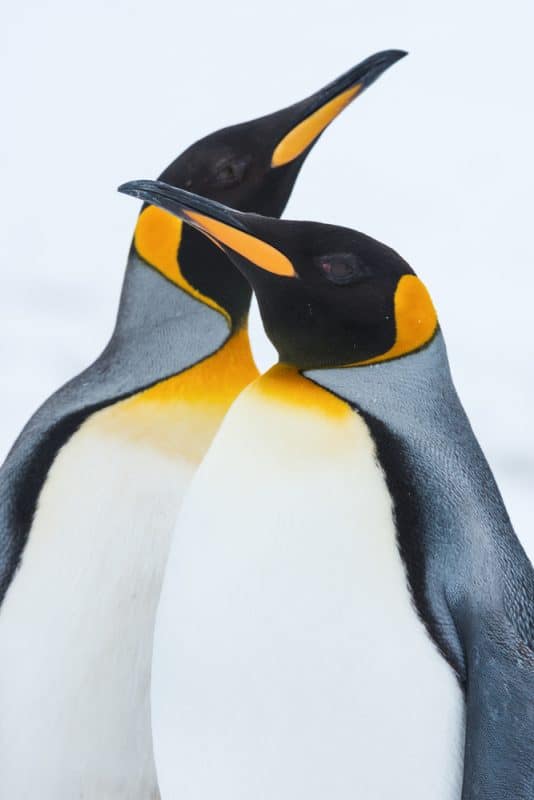 When it comes to Penguins are their mating rituals, the pebble story is rather famous. Humans give their partners gifts such as flowers or perfumes, but penguins, on the other hand, give pebbles. And it’s not just any pebble; the male penguin does his best to find the smoothest, evenly shaped pebble that he can find and then presents it to the love of his life. Pebbles are so important to penguins that males sometimes even fight over the prettiest pebble. Contrary to popular belief, acceptance of pebbles are really the start of a relationship; males just randomly gift pebbles to their mates; it really had nothing to do with choosing a partner.

In order to survive in such a harsh climate, the chick needs both its parents. The male and the female penguin take turns feeding the chick, they regurgitate the food. The most shocking thing is that adults are able to easily identify their young in a sea of chicks that basically all look alike. The parents can identify their chick by a distinct call.

What happens if a Penguin mate dies?

Penguins tend to keep the same mate until or unless it dies, fails to returns, or just disappears. The remaining penguin then goes its own way and look for another mate. Unlike swans, penguins don’t really die of sadness.

Penguins are actually quite social creatures, and they are known to dance at the sight of someone that they adore. Many penguin species even sing for the ones they love, and they definitely do not shy away from expressing their love.

Just like other birds, penguins kiss using their beaks. Their way of showing affection consists of rubbing the back of their mate with their beak. Penguins are also known to bang their heads while kissing, and the surprising thing is that just like humans, penguins love to kiss with their eyes closed.