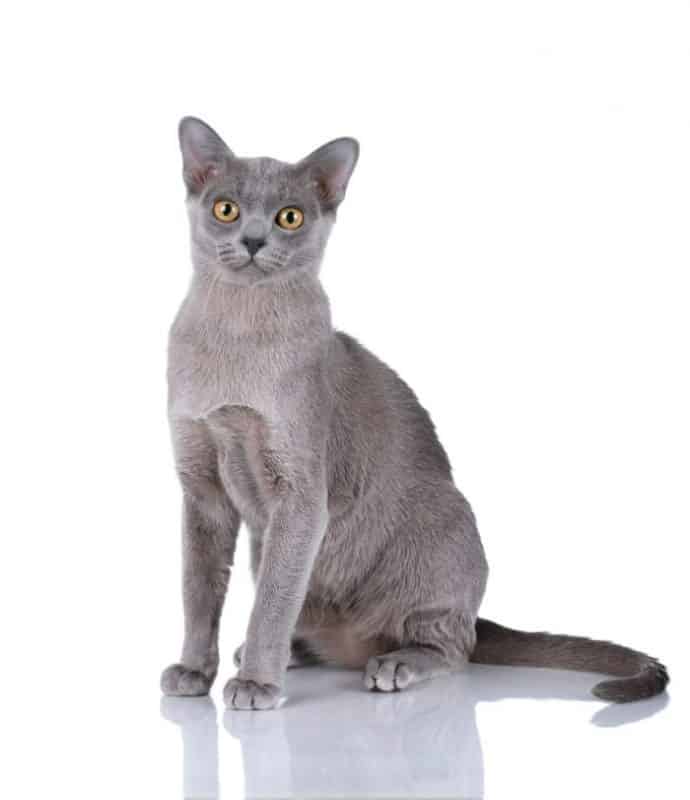 Are you a fan of the beautiful Burmese Breed?

Do you want to know more?

Here are some facts that will definitely make you fall head over heels in love with this adorable creature.

Burmese Cats are known for their majestic green eyes.

That doesn’t mean all Burmese have green eyes.

Some have yellow, while others have dazzling blue eyes.

Does the eye color of a cat really matter?

In my opinion, all cats are beautiful, and no matter what eye color your Burmese has, it will still be just as attractive as ever.

So the next time your Burmese winks at you, remember she loves you.

2. The Burmese Breed Is Related to a Cat Named Wong Mau 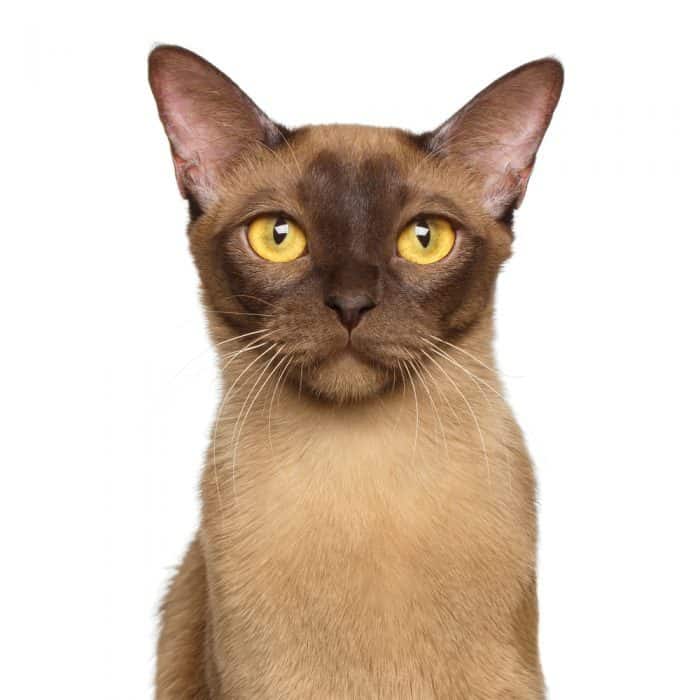 The origin of Burmese cats is still very debatable, and nobody really knows where they came from.

A brownish cat that resembled this Breed has lived in Southeast Asia for centuries.

These beauties did not exist in America before the year 1930.

A brown cat was brought to America by a sailor and named Wong Mau.

The feline was nothing like any cat that the people of the states had ever seen before.

Later the kitty was called a Burmese as it was thought that the brown feline had jumped upon the ship in Burma.

Dr. Joseph Thompson acquired the cat and then crossed bred it with a Seal Point Siamese name Tai Mau.

The offsprings included a kitten that looked like the Siamese father, and the other looked like its mother.

The doctor then bred the cats with Wong Mau and ended up with relatively darker kittens.

This was most probably the beginning of the Burmese Breed you know of today.

3. Burmese Cats Rumble rather than Meow

The Burmese are highly vocal cats that are known to make a noise that resembles a rumble rather than a meow.

These cats love attention, and they would do absolutely anything to get it.

The Burmese cat will rumble for hours just to get you to look at them.

These cats are great for anyone who has a lot of time on their hands and wishes to bond with their pet.

4. There Are Two Kinds of Burmese Cats

Although these cats do not possess a lot of differences, they are still considered separate breeds. 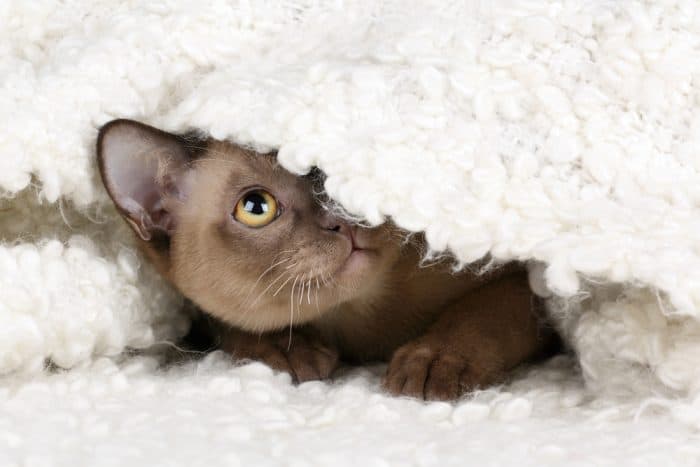 You may have heard the phrase curiosity kills the cat, but that does not apply here.

Curiosity will not kill your cat.

The Burmese Cats are inquisitive creatures, and they love to know anything about everything.

They are highly observant, and they love to play detective.

If Nancy Drew were a cat, she would definitely be a Burmese.

They do not let any suspicious activity slide by, and they literally keep an eye on your every move.

A new toy will keep them entertained for hours on end.

6. They are Highly Active Creatures

The Burmese are not fans of sitting in a corner all day; they love to move around.

This can be a little frustrating as they try to run through every door that you open.

These beautiful kitties love to play and are great for households with kids.

They love to engage with their human friends and are incredibly energetic.

If you want a cat that has all the characteristics of a dog but does not bark, well then the Burmese are definitely the way to go.

7. Burmese Cats Pack on the Pounds

Burmese have a very sleek body and don’t let that fool you.

In reality, they are quite heavy and have a rather sturdy, muscular body.

This is why Burmese are referred to as brick wrapped in silk.

8. Burmese Come in a Variety of Colors 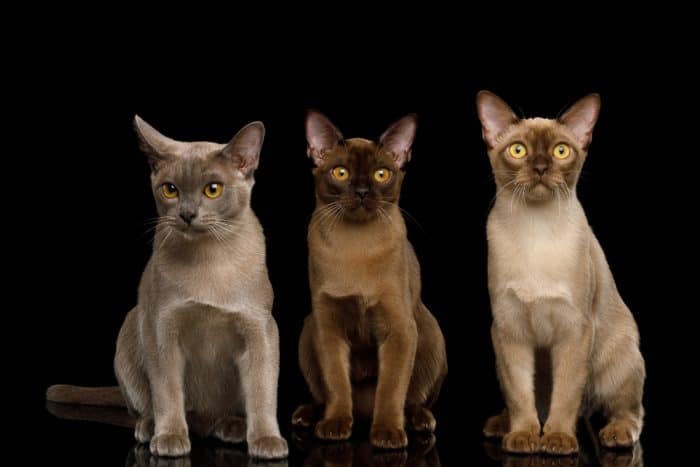 In Britain, the Burmese come in a wide range of colors such as cream, red, chocolate, lilac, brown and blue, always with a distinct sepia pattern.

9. Burmese Have a Large Appetite

In order to maintain the shiny coat and health of your cat, you need it with food that is high in quality.

This is also true when it comes to the Burmese Breed.

In order to maintain the muscular body of your Burmese always provide it with food that contains all the essential nutrients that your cat requires.

Burmese are known to be heavy eaters.

In simple words, the love to eat.

Make sure to provide your Burmese with a bowl or two filled with food and water. 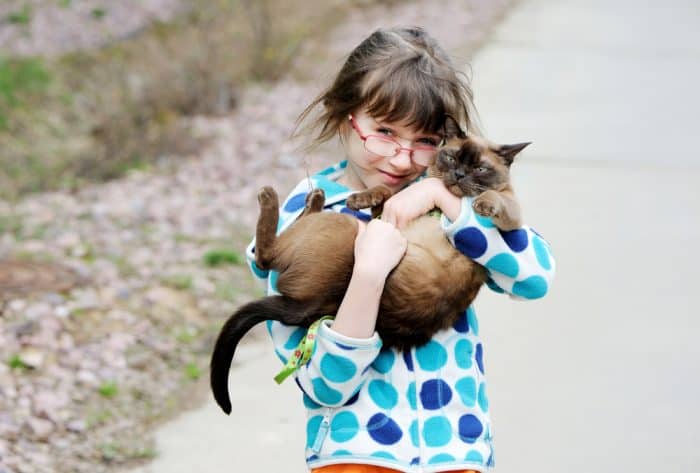 Due to their highly energetic nature, they hate being locked down.

They ate being held down against their will.

It’s better just to let the cat come to you.

Burmese cats will do their best to escape if you try to restrain them in any way.

11. Burmese Do Not Respond to Force

The Burmese cats cannot be trained by a strict instructor.

They only respond to love and politeness.

They need a friend, not a dictator.

Burmese are incredibly rebellious, and the more you force them to do something, the more they’ll despise you.

12. They are Picky Eaters

Burmese are very fussy when it comes to food.

They have such a strong will that they would starve rather than eat something they do not like.

It’s best to test out a couple of different food products to make sure what your Burmese prefers to eat. 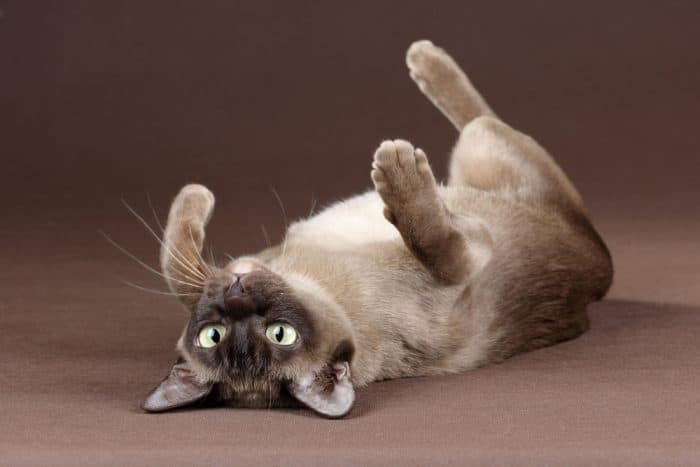 These gorgeous felines do not shed a lot.

They have a fine, silky coat that only requires weekly brushing.

Bathing them once or twice a month is sufficient.

These cats love to mingle and to be the center of attention.

They absolutely hate being left alone and will constantly meow just to get your attention.

They trust very easily and also have attachment issues.

Burmese are incredibly clingy, and they get attached to their owners very easily.

Not only their owners, but they also get really attached to their surroundings.

So whenever you want to make a change, do it slowly.

You should provide Burmese cats with ample time to adjust. 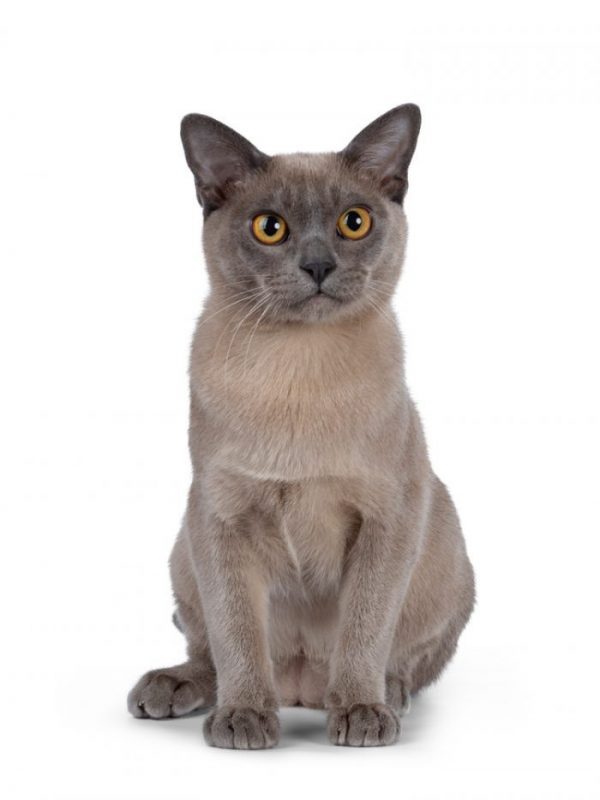 In order to keep up with the high demand, the breeders begin to cross Burmese cats with Siamese creating a hybrid.

The CFA eventually put an end to this and made it quite challenging to breed Burmese Cats.

In order to be registered as a Burmese breeder, a cat had to have three generations of purebred Burmese behind it.

The Burmese, as I mentioned before, hate being left alone and cling to their human friends.

They love to play and are very curious.

They will try their best to get involved in anything you do.

If you want a cat that minds their own business than Burmese might not be the right fit for you. 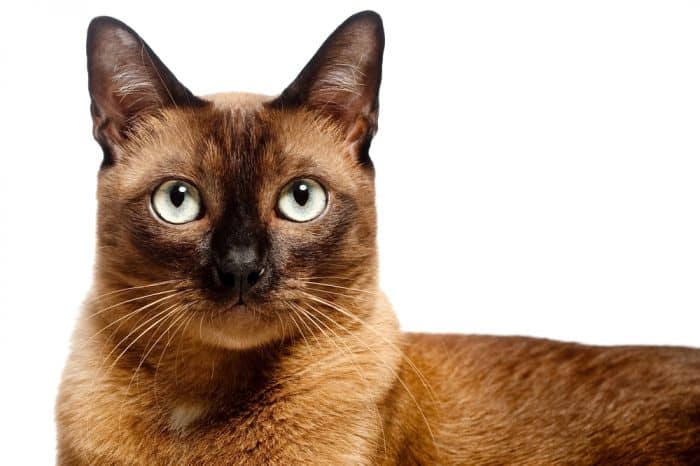 The Burmese are a cat breed that has unusually large eyes.

Due to their large and partially protruding eyes, there is usually a clear discharge around the eyes as a result of blinking.

This discharge usually accumulated into small balls at the corner of their eyes.

Usually, the discharge is clear, but if it appears yellow or white, do take your Burmese to the vet.

The European Burmese cats are at a higher risk of having diabetes as compared to other cat species.

Young kittens might also be a victim of acute teething disorder.

The American Burmese is known to have severe head malformation, which is generally life-threatening.

Despite all these problems, the Burmese is a long living cat breed.

On average a Burmese Cat can live up to 15 years of age.

They are an exceptionally long-living cat breed and can often reach 18 years and beyond.

If you want a pet that will stay with you for a long time, the Burmese are definitely the way to go.

One of the best qualities of the Burmese is that they are one of the most intelligent cat breeds in the world.

They love to learn and are quite sharp and alert.

You can provide mental stimulation to your cat by playing fetch or other interactive games.

22. They Get Along with Dogs 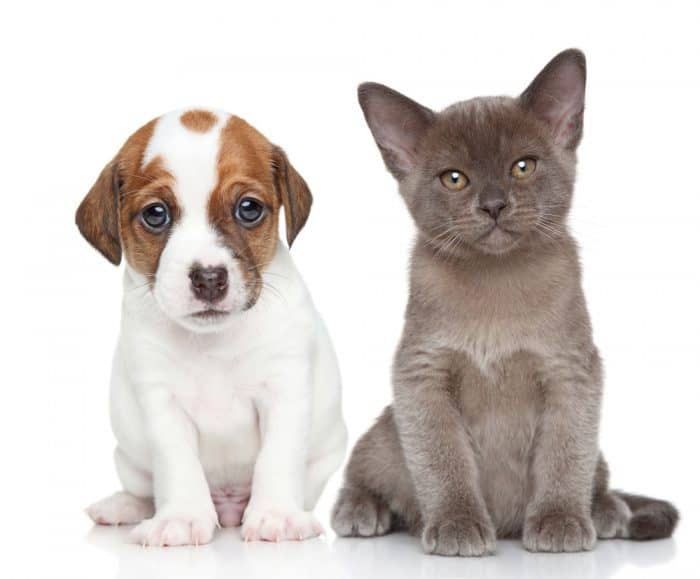 The Burmese are amiable cats that have a very affectionate nature.

They get along well with dogs, other cats as well as children.

They love to interact with others.

They grow sweeter as they age, but older Burmese do not have the same amount of energy as the younger ones.

Are Burmese Cats Low Allergy? Yes, Burmese cats are one of the most hypo allergic cat breeds out there.

How Much Do Burmese Cats Cost? A Burmese kitten can cost between 500 to 1500 dollars. This really depends on the breeder you choose. Burmese from registered breeders are much more expensive.