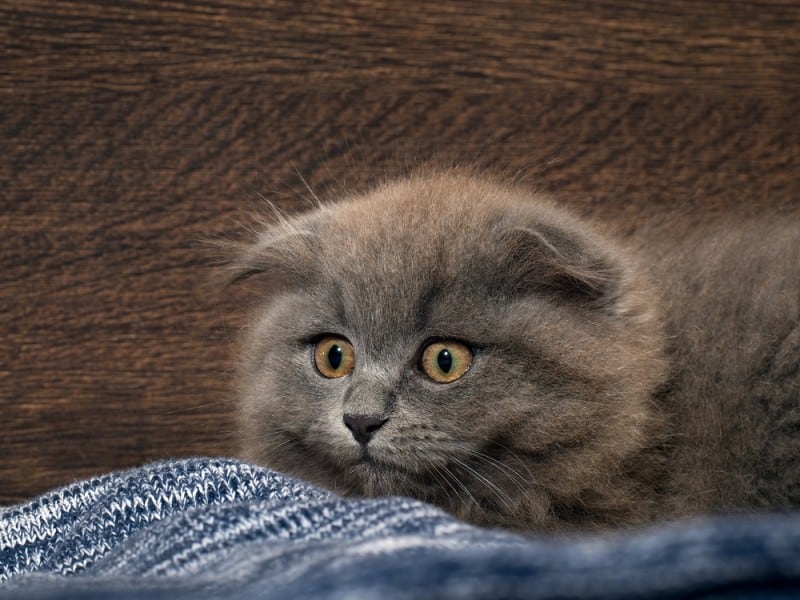 Everyone who decides to get a cat as a pet in their houses has to go through a tough time given by the new pet. It’s also confusing for many as it is something that they’re completely unfamiliar with.

When you get a new cat, it might take them a little longer than you think for them to adjust to the new home. Still, there are a few techniques you use to make the kitty comfortable in the new environment faster.

So how can I get my cat to not be afraid of me? The main thing you have to do is to build a bond and trust between each other. This can be done through multiple ways like playing, spending time with them, but most importantly with patience and perseverance.

But before this, we need to find out whether our cat is actually afraid of us or not:

Is your cat afraid?

You might be suspecting this, but once the cat has adjusted to the surrounding, they won’t act scared at all. You might lookout for some signs in your kitty to know if they are scared or just acting out. If the kitty is scared, they will be doing the following things:

Ways to bond with your cat

Calm the cat down

Try to look out for the behavioral changes in your cat and know if it’s angry or just scared. If the cat is angry it can harm you if you’re approaching it, but if it’s scared, petting and treating them with love and feeding their favorite treat can help calm them down.

If they are angry try isolating them and then treat them with love and make them lose their fear. In an angry state, you can’t force them anything with people in the house as they can harm others as well. Try giving it sometime and if it doesn’t work then pet them with care.

If you have bought a new cat to the house, visit the vet and get it thoroughly checked. The vaccines and their health condition must be fine. Try to make sure the health of the cat to is perfect and look for any diseases it might be carrying.

After getting the cat home, let the kitty get used to one room and be comfortable in it. Provide food, water, and litter in the approach of the cat so that the cat can be used to those basic things in the house and pet the kitty regularly to remove the fear in it.

Spending some time with your new kitty in the specific room where you are letting them get used to can take a while. Play with the cat more often, feed them tasty treats so they like you more, make them come to you and tasty treats can help in this practice.

In the beginning, do not try to pick it up when you’re bonding with the kitty as they are not ready for that. Just petting them on the floor and playing games with them using their favourite toys can help in bonding.

The bonding session with your cat can take longer than you thought. Wait for the cat to brush up against you when you enter the room and see how comfortable and easy they are with you. The cat won’t run away, you have to trust the cat.

And keeping them in a closed room should not give you this fear. Have patience if the bonding session is taking longer than usual as you don’t want to rush things up. Because if you do so, the gained trust of the cat can also be lost.

Your effort to normalize the kitty

If the kitty is healthy and still hiding under the couch or bed, give them some time to overcome their fear. Forcing them out will only increase the insecurity and nothing else. Make sure to put the food and water in an accessible position where they can easily eat and still stay in the hideout. Try to maneuver the litter box in such a way that the kitty can easily use it instead of going somewhere you don’t want them to.

It is said that food is a great way to get your way into a kitty’s heart. It motivates them to lose their fear in search of the food. If the kitty is scared of a specific person in the house, let them do the food duty. Pet the cat a little when they are having an appetite and this way the cat might lose its fear and insecurities and leave their hideout to live a normal life.

What makes the cat angry

A normal cat wouldn’t act out of anywhere. But there might be something that happened which caused the kitty to change behavior and be this angry. You should lookout for the following things happening to the cat as these are the things that might make them angry.

Measures to be taken if the cat is angry

If the cat threatens you out of anger, other people present in the house, or other pets, a visit to the behavior specialist is necessary at this point. The cat hurting others in the house without practicing any isolation is even more dangerous. This could turn out worse.

In case of this happening, try isolating your kitty in a specific area where it can’t hurt anybody and let just one responsible person look after the kitty, taking care of its dietary needs and litter box.

If the cat bites and scratches anyone in the house, try disinfecting it as it happens. Cat wounds can turn out to be vicious and can develop germs in it very soon. It needs to be treated as soon as it happens.

Normal fears of your cat

Some of the fears of the cat are acceptable and normal but only under certain conditions. Cat flipping out with no reason isn’t safe and needs to be consulted to a vet immediately. These fears are normal and can happen to a cat when they feel insecure or scared of the new environment around them.

This fear could be caused from moving by a new home with a changed environment. So to cope up with that your kitty might go under the bed for a day or two until their insecurities are healed.

Other than that, a traumatic experience can make the cat stay in fear. It could be like a visit to the vet or the presence of a new animal in the house. These kinds of fears take long enough for the cat to overcome as it’s hard for them to live with it. This kind of incident can make the kitty hide for more than 2 days as this is the kind of thing that can disturb the whole routine of the cat.

Sometimes the cats are so scared that they don’t even know when their fear has turned into aggression towards other pets or the humans at home. This ends up pretty ugly as the cat harms others even if they just want to pet them because they can’t think straight due to this fear present in their mind.

Getting a new cat or moving to another place. Any kind of harsh movement or a loud noise. These kinds of things play a vital role in the behavioral changes in the kitty. Cat gets scared and angry easily, just a small change in the surrounding can flip the whole mood.

You should look up to the things that can make your kitty angry and harm others, or scare the cat and make them do unwanted things. Necessary precautions must be taken to not make the cat harm the surrounding or itself.