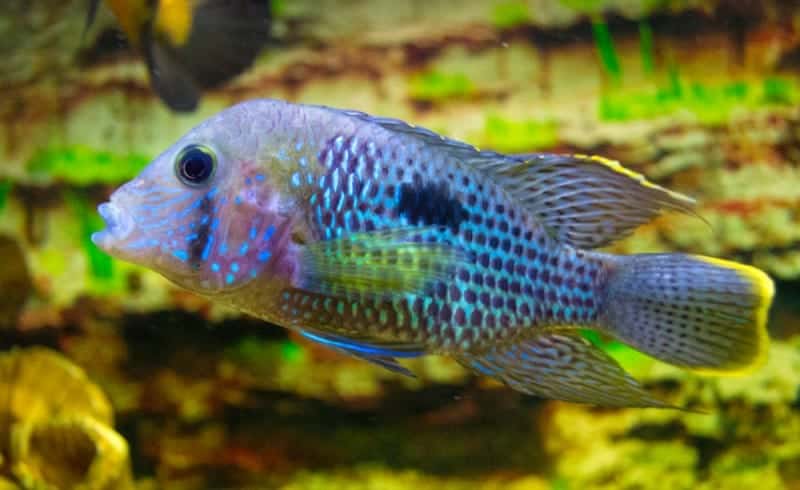 This astonishing world never fails to amuse me. Just recently, I found out that certain fish can produce electricity of their own. Isn’t that mind-blowing?

Fish that produce electricity have a specialized electric organ. This organ consists of modified muscles and nerve cells that help generate a bioelectric field. There are around 350 fish species that have anatomical structures that enable them to produce electricity.

There’s a lot of more science behind all of this. How does the fish produce exactly? Why would it do so? Doesn’t the entire water body get an electric charge? To find answers to these questions and many more, keep on reading!

How They Do It

When it comes to electrogenic fish, they reside in parts of the oceans but are also found in freshwater rivers. South America and Africa have a high population of such electrogenic fish. Basically, these fish have an electric organ in their tails. This organ is a combination of muscles and nerves that have the ability to produce biofields, called electric organ discharge, stronger than a regular muscle.

The brain of the fish plays an important role in the production of the electric field. A specialized group of neurons called peacemaker nucleus is what orders the relevant muscles to generate electricity. The specialized muscles in the electric organ are called electrocytes. Every time the peacemaker nucleus orders the electrocytes to produce an electric field, the protein transmitters move the potassium and sodium ions out of the cells. This builds an electric charge. Each cell acts like a battery. One side of cell acts as the negative terminal, whereas the other acts as the positive terminal. This entire system produces the shock and stuns the neighboring organism within two milliseconds.

The amount of electricity produced depends on the size of electrocytes of the fish. One cell produces a small amount. But, when the charge of all the cells is combined, it ends up building a charge of hundreds of volts. The bigger the electrocytes, the bigger the charge. The nucleus orders all the cells to fire the current at once, so the outcome is massive and noticeable.

Electrogenic fish are divided into two categories as per their ability to produce electricity. One of these groups is of strongly electric fish whereas the other is of weakly electric fish. As the names suggest, either group has fish that can produce strong or weak electric currents.

The strongly electric fish include electric eels, electric rays, and electric catfishes. These breeds can generate an electric current with 10 to 860 volts. As for the current, it is around 1 ampere. The fish have varying cell arrangement to produce amounts of voltage and current according to their surroundings. Since saltwater is a better conductor, low voltage charges have a higher current. To produce such a charge, the cells of electrocytes are arranged parallel to one another. On the contrary, freshwater electric fish have these cells lined in a series. This way, they produce a high voltage and low current, which is mandatory in freshwater.

Here’s a list of some electric fish other than those mentioned before:

While we’re on the topic of fish breeds, find out if fish can interbreed or not by clicking here!

Why They Do It

The strongly electric fish can produce a current strong enough to hurt other fish or whatever organism they’re targeting the current towards. These fish use their electricity to either hunt prey or to defend themselves. Predators can actually be stunned with the electric shock produced by the strongly electric fish. A similar technique weakens the prey for easy attack.

The weakly electric fish cannot produce a current strong enough to hurt anyone. However, their electric field is equally important. It plays a role in electrolocation as well as electrocommunication. Electrolocation is the art that allows fish to detect objects, obstacles, prey, and predators. As for electrocommunication, it can only happen between fish that are electroreceptive. The communication between electroreceptive fish is usually regarding information such as warnings of attack, changes in the environment, cry for help, etc. This current also helps the fish attract mates.

Fish that aren’t electrogenic but are electroreceptive also avail a number of benefits. Sharks, for example, cannot produce an electric charge. But they can detect even one-millionth of a volt inside water. This helps them detect their prey.

Fish in their natural habitats can find good food for themselves. But, when you have an aquarium at home, it is your responsibility to ensure a healthy diet. This post will help you learn more about a fish’s diet.

Although rare, there is still a chance that electricity produced by a fish can kill a human. An electric eel has the capacity to produce 600 volts. Even if this doesn’t kill the person, there is a chance of paralysis. Since the electric shock is transferred through the water, its effect is worse.

Which animals can generate electricity?

Fish are the only species that have the tendency to produce electricity. In this category, there are 5 further breeds that can generate deadly electricity. These include electric eel, black ghost knife fish, northern stargazer, electric rays, and electric catfish.

The pain that fishes feel is very different from the pain that humans feel. As for humans, pain is partly emotional and partly physical. For fishes, it is only related to the physical aspect. Fish have neurons that are called nociceptors. These neurons that technically ‘feel’ temperature changes, effects of a chemical, pressure changes, and any other harm. Basically, fish can more so detect pain than feel it.

Do fish get thirsty?

All living organisms need to stay hydrated. Water is an essential part of the entire ecosystem. Since fish live inside water, do they also need to drink it? Actually, fish do need to stay hydrated too, but they don’t have to drink water for that. Instead, their gills absorb all the water required for their bodies. So technically, fish never get thirsty.