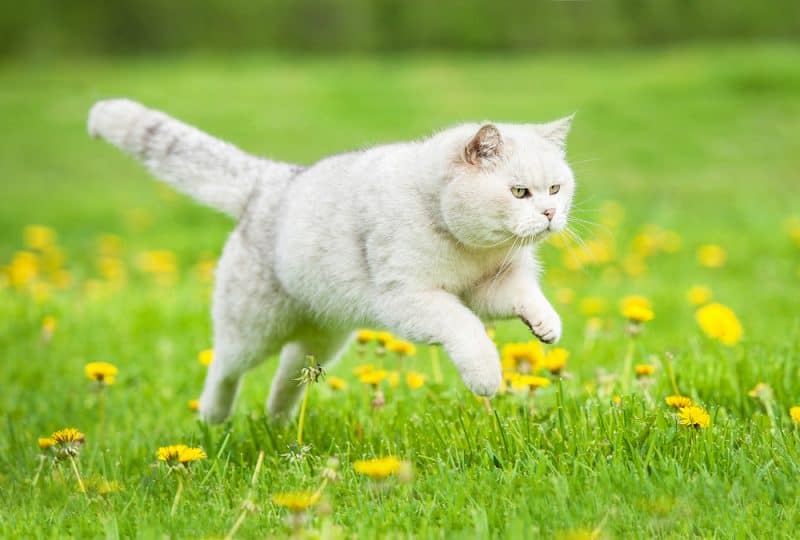 My three-week-old British Shorthair loves jumping on its tiny feet, up and down the whole house. It got me curious about its jumping abilities!

Here’s what you need to know about your British Shorthair’s unique jumping abilities.

Your British Shorthair Is Special 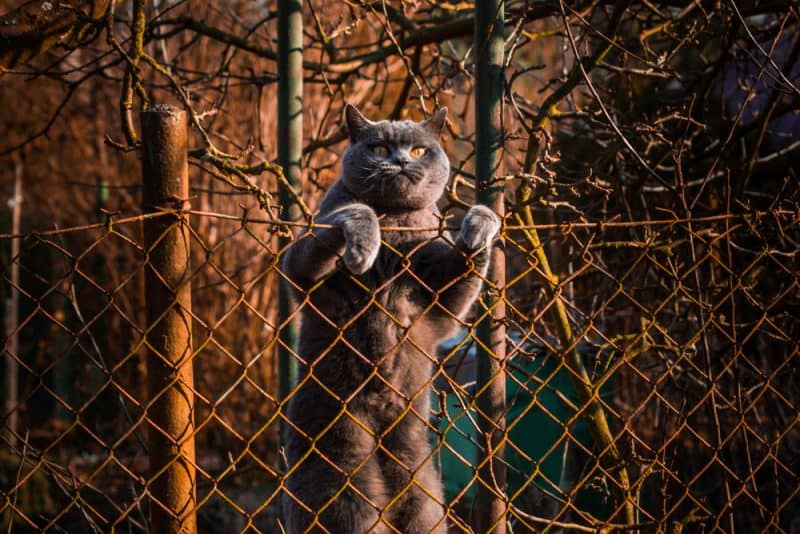 Here is a remarkable fact about British Shorthairs:

An average British Shorthair cat can jump up to six feet of its own height.

As a British Shorthair cat-owner, you will soon realize that your cat is quite unlike other cat breeds – they possess this remarkable trait of jumping to and from incredible heights. They can jump up to 7 to 9 feet high! British Shorthairs are usually medium-sized, domestic cats with a slow developmental and growth process. An adult British Shorthair cat is around 18 inches long, give or take.

They can even stand about 14 inches tall on their hind legs! A number of cat owners complain about the fact that British Shorthairs take the longest time to reach their adulthood ( even though every stage of their growth is totally adorable).

Once it is a complete adult, it does the most beautiful things with its body length.

Is your cat Jumping Up and Down the Counter-top? It Can’t Help It!

British Shorthair cats are agile creatures; they can’t resist leaping to extreme heights! Not only is their body length quite elongated nut also, but they also have very strong leg muscles, a flexible spine and a sturdy tail. These sturdy, little mascots are designed to leap, lunge, and jump because they are primarily hunters.

Cats in general and British Shorthairs, in particular, have this remarkable ability to land on their feet. It doesn’t matter how they fall; a free-falling cat will always realign itself mid-air and land on its feet!

Cats are known to have a 90% chance of survival if they fall from a 50-feet building!

It turns out they really don’t need nine lives; they are practically invincible!

British Shorthairs don’t get hurt even when they fall or jump from extraordinary heights because:

You must keep your cat from jumping onto or from dangerously high places like balconies.

It is possible for them to jump up to 9 feet, but they can get hurt too, so precautionary measures like locking doors and windows that lead to dangerous heights is always necessary. Cats don’t generally put themselves in dangerous situations, but that doesn’t mean that you can be careless since accidents happen all the time.

Why Jumping Is So Important to British Shorthairs 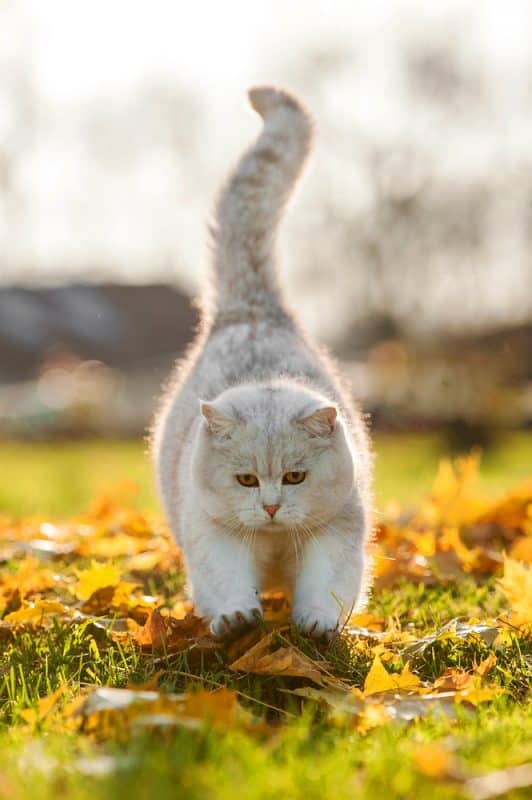 Cat owners are always worried sick about their cats. One of the major concerns of British Shorthair cat owners is their safety. And rightly so, who wants to see their cat in pain?

Stopping your British Shorthair from jumping or trying to train it not to jump is actually more bad than good for these cats.

Here is what you need to know:

British Shorthairs can easily get overweight if they don’t stay active.

Jumping is actually their own way of staying active. If you try to train them not to do it or discourage this habit, it will actually harm your cat’s health. It is essential that you create a safe, controlled environment for your cat to play around in and get exercise. You can easily create false heights in your own living room by stacking up pillows (or anything really, get creative!) and designing various obstacles all around the living room, almost like a racecourse.

Not only will this appeal to your British Shorthair’s incredible wit but also will satisfy its hunting needs. You can also hold your cat’s toy a few feet above its head and encourage it to leap up and snatch it from you. All these practices will not only help your cat exercise and stay healthy but also strengthen your bond. Cats share a special bond with their owners.

Certain cats, like the British Shorthair cat, are incredibly intelligent, and they crave quality time with their owners. You have to arrange for interactive games to feed their wit. An ignored British Shorthair can easily become lazy and will undoubtedly fall into unhealthy patterns.

Jumping is actually good for your British Shorthair, and you should definitely encourage it as it allows it to stay physically active. You must take the necessary precautionary measures though, like locking the doors and windows that lead to the balcony or dangerous heights.

Do British Shorthair cats like to be picked up and cuddled?

They are friendly and social but certainly not when they are picked up!

British Shorthair cats can jump up to remarkable heights. Their agile bodies, flexible spine, and sturdy legs make them excellent jumpers. However, they are known to somewhat clumsy when they climb, and they fall down a lot! So, they are certainly not good climbers, but they are excellent jumpers!

How heavy should a British Shorthair cat be?

So, it is very important to keep their weight in check by making sure they get enough exercise and an adequate amount of food.

Can I let my British Shorthair go outside?

You can certainly let your British Shorthair go out, explore, and play. However, you must accompany your cat at all times when it is playing outside the house. Make sure you take it to a clean and safe place to play while keeping an eye on it since domestic cats can get into tricky situations.