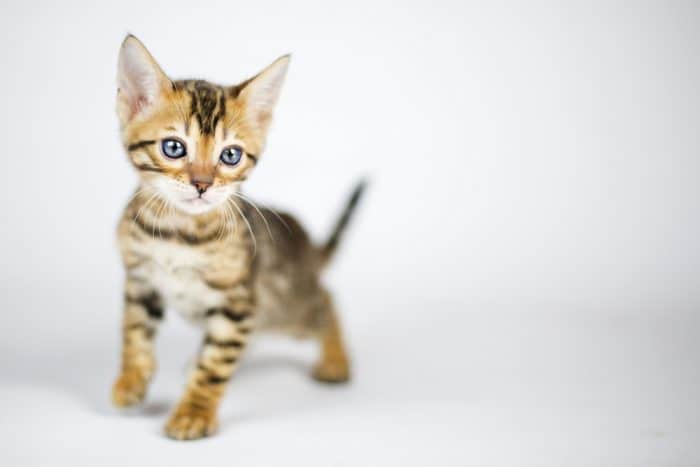 It is entertaining to watch an adult Bengal cat playing like a professional athlete, bursting with energy.

But the kittens put on a fascinating show jumping around like cute little puff balls!

You must be wondering:

How many kittens do Bengal cats have?  On average, Bengals have four to six kittens per litter. Although such cases are not very common, there are exceptions when the litter can be as small as one kitten or as large as twelve kittens.  The litter size is influenced mainly by health and litter history.

However, there is much to discover about the birth of these zestful furballs. Let’s have a peek into the reasons behind varying litter sizes. 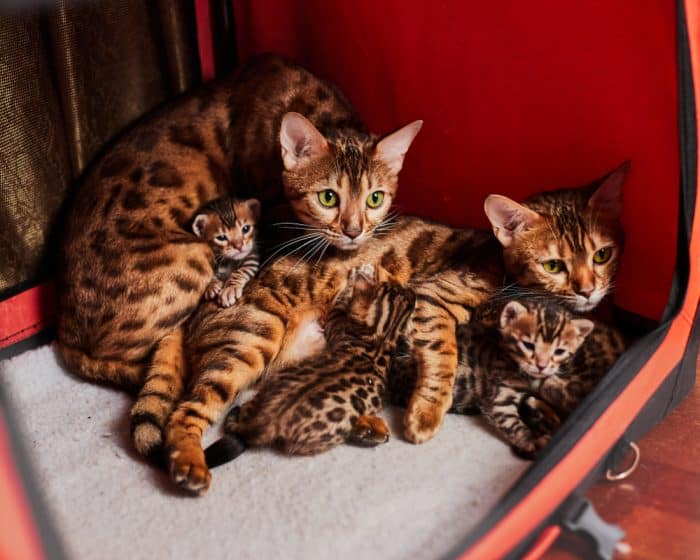 Some common variations in litter sizes are:

The number of kittens per litter is not something one can decide for one’s cat, but one can surely guess or make deductions, considering the following factors:

Health is one of the factors that affect the size of litter significantly.

A physically fit mother cat (also known as ‘Queen’) will most probably give birth to a larger litter of kittens.

Also, if the Queen is healthy, the kittens are more likely to be born healthy.

Good health of the mother Bengal results in a healthy litter as she passes on the nutrients to her litter.

If you think your female is not healthy enough, you should:

However, health is not the only factor that influences litter size.

The age of the Queen and the male cat (also known as Tom or Stud), is also an influencer of the litter size

The older the Tom and the Queen are, the smaller the litter is expected to be.

Furthermore, if the Queen is very young, the litter may be minimal due to immaturity.

Unlike most breeds, Bengal females retire by the age of four or six.

The health of the Queen determines whether she will retire early or at a senior age.

There are a few signs that indicate that your Queen has reached the age of retirement and can no longer give birth.

These signs of decreased fertility include:

On the other hand, Studs tend to retire at a slightly older age.

However, the fertility of males drops with age.

Also, after the age of retirement, it is best to get your cat neutered so that they can continue with a peaceful, happy life.

Litter history is yet another factor which can affect the size of your Bengal cat’s litter.

If there were any previous litters of your Queen, then it becomes straightforward to predict how many kittens it is going to have this time as the number is going to be near to the first one.

It is essential to know that the first litter can be a really small one, consisting of only one or two kittens.

This is because the mother Bengal is just not used to giving births and its body is adjusting to this.

Otherwise, the litter history of the Tom and Queen can also help.

You might want to count the siblings of both the parents as their litter size can also be influenced by it.

Moreover, the number of births per litter is also influenced by how frequently the female feline is bred.

If it is bred more frequently, it is likely for the Queen to give birth to a larger litter.

If you are planning on breeding your female Bengal, you might want to consider a few things first.

Firstly, make sure that if you want to breed the feline, she is at least one year old and has gone through a few heat cycles earlier.

Next, you should make sure that she is at the peak of her heat cycle and is ready to mate.

It is important to provide your female Bengal with a healthy, nutritious diet when it comes to breeding.

Moving on, you should find a compatible male for your Bengal and introduce them with one other.

It is important for you to chose a male with the right temperament so as to avoid the aggressive tendencies in the kittens.

Here are a few things to consider: 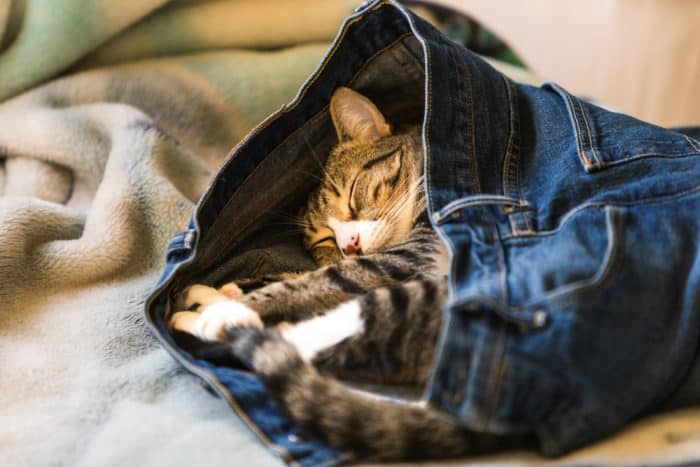 After the kittens have been born, a series of measures have to be taken to ensure their survival in the new atmosphere. At this stage, the kittens are fragile and require full attention from the breeder.

During the first four months, the kittens should not be separated from their mother as it is a very delicate stage and all the care needed, is provided by the mother cat.

However, if the kitten has been separated from the mother for some reason, you should provide special care to the kitten.

Keeping it warm under a blanket, providing it with formula every 2 to 4 hours, are a few methods through which you can keep it healthy during this period.

Although you can pick the kittens up between this period, it is not advisable as the bones are not fully developed at this stage. The kittens have a very weak frame.

Moving on, there are a few things that can go wrong with your kitten in this period.

These are the red alert signs. Upon noticing any such sign, you should immediately consult a vet.

One might mistake that there is nothing wrong with the kitten at this stage. However, consulting a vet is highly recommended even if there are slight doubts.

After four weeks of age, motor and coordination skills should have been developed to some extent. Therefore, they should be strictly monitored at all times!

Furthermore, by this time, you should start developing its habit of eating independently. You can:

Also, this is the right time to detect any behavioral issues which happen to be common in Bengals (aggression, biting, etc.) Once detected, you can decide on an appropriate plan of action to eliminate the personality disturbances.

When the kitten is five to eight weeks old, it should be able to chew its own kitten food, and it will be best to offer it with food 3 or 4 times a day.

At about six weeks of age, you should get the kittens vaccinated.

Taking the kittens to the vet should be a regular practice, and you should also try socializing it.

These socializing methods may include:

18 months-old kittens or younger tend to bite more often than others.

However, biting is also common in fully grown Bengal cats.

Biting is said to be a sign of playful aggression, and if your Bengal does it very often, you should consider buying it some toys as a source of distraction.

Also, biting is not something to worry about as it is just like scratching for Bengals.

They make a lot of different sounds to express how they feel and to communicate with their pet parents. Purring is one of those sounds.

Purring is considered to be one of the happy sounds produced by Bengals.

They purr when they feel satisfied, content, relaxed or relieved.

For instance, it might purr when you are scratching its ears or when you provide it with food.

How long do Bengal cats live? The average life expectancy of a domesticated Bengal cat is fourteen to sixteen years.

However, the lifespan of the cat may increase or decrease due to various reasons.

Usually, health deterioration is a reason for reduced lifespan, but it can also happen if you do not take proper care of your Bengal.

Another reason is, letting your pet Bengal roam freely in the neighborhood as it can increase the risk of catching diseases.

The life expectancy can be increased if you take care of it and it may live as long as 18 years.