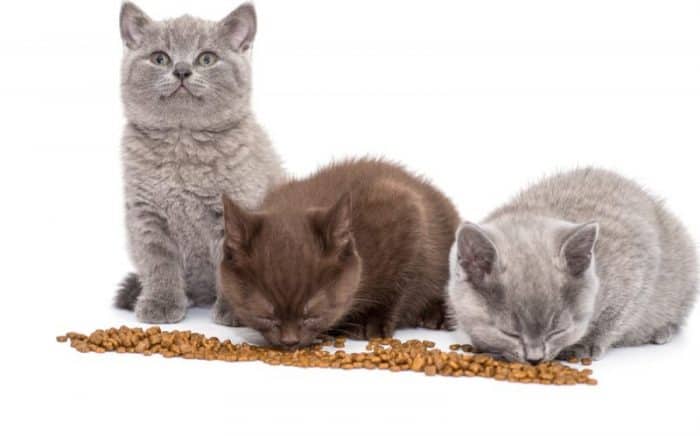 British Shorthairs have a tricky appetite: you never know when they are full!

Read on to curate a proper nutritional plan for your kitten.

How Much Should A British Shorthair Kitten Eat? 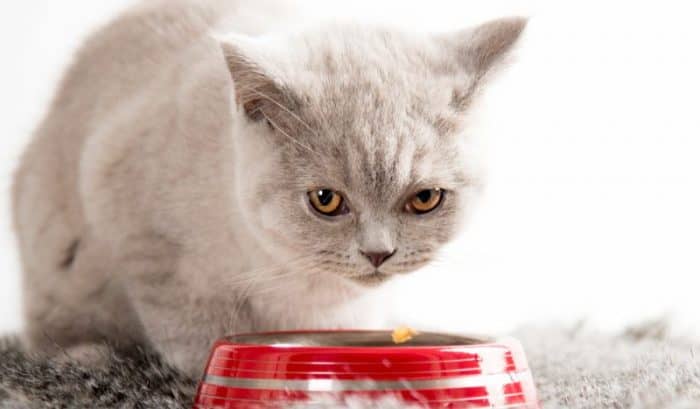 You are happy and snug with your British Shorthair kitten and rightly so, you have the cutest and most adorable kitten in the universe. Having a British Shorthair cat means having a cat with a healthy, hearty appetite. You have to make sure that the nutritional requirements of your cat are fully met, as this is the very phase of its growth and development. Although British Shorthairs are known to overeat and get obese soon, however, those chances are pretty slim for British Shorthair kittens. You should let them eat as often as they want to and they won’t gain any extra weight.

A British Shorthair kitten will burn off calories like anything, given their high-speed growth and highly active lifestyle.

Is Your British Shorthair Kitten Getting The Right Kind Of Food?

Your twelve week old British Shorthair kitten is an adorable little fluffball with an appetite of a monster. To satisfy its nutritional requirements, you need to find a nice and verified wet cat food brand. You must feed your kitten wet food which is high in protein. Make sure you keep your British Shorthair away from starches, grains, and potatoes – opt for a more proteinaceous diet. If your kitten gets used to excessive carbs it will acquire digestive tract disorders. Not only this, your kitten will keep wanting it until it’s way older and that is not good for a British Shorthair’s health as they are prone to obesity.

Look out for brands that have clean ingredients, don’t go for fancy “junk” food, go for the health benefits of it. Go for food products that have poultry, rabbit or duck. Many cat food products are marketed as being “meat” flavoured but are actually carbs and starches, you need to find yourself a good cat food brand that has meat as its main ingredient. Also, look out for the ingredient “Taurine”. Taurine is actually an amino acid and is found in the richest sources of protein: meat and fish and is extremely good for your cat’s health.

Things Your British Shorthair Kitten Wants You To Know 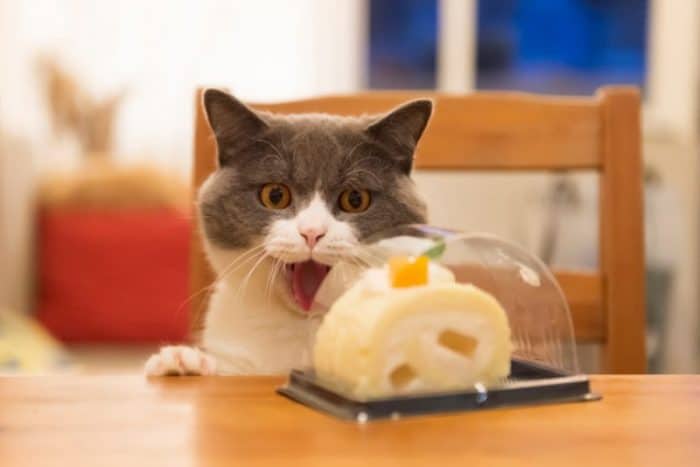 Kittens, just like small children, need a high-calorie food intake to match their energy requirements. British Shorthair kittens are not really picky about their food. They will eat whatever and whenever.

You can’t turn a blind eye on what they eat altogether.

You still need to be mindful of certain things, like:

If your British Shorthair cat doesn’t eat for the whole day or is picky about its food for the most part of the day then you should consider taking your act to the vet since this can translate to various health problems. You also need to keep an eye on your kitten, it may be stealing food from the bin. Kittens sometimes do that, they steal food from the bin or the other pet’s bowl and then they don’t want to eat their own food. This holds true especially if you have a dog, British Shorthair kitten might develop a liking for dog food which is certainly not good for its health. So keep an eye on this stealthy little fluffball and feed it on time so it won’t steal food.

Is Your British Shorthair Kitten Getting Enough Food?

You must feed your kitten three to five times a day. And that too, half a pouch of good quality, wet cat food brand. You don’t really have to worry whether your kitten is getting full or not because British Shorthairs are quite vocal in terms of their food, When they want food, be assured that they will let you know by their excessive meowing, clawing at their food bowl and by throwing tiny, little tantrums.

One thing that you need to be mindful of, however, is the cleanliness of the food and water bowls of your kitten. Make sure you clean out the bowls on a regular basis, kittens have a very sensitive digestive tract and you don’t want any unnecessary bacteria getting in there.

If the cat food has been out for more than a couple of hours, stop her from eating it. Give her a small portion of food because rancid food is dangerous for her growing immune system, wash the bowl afterwards. A very small amount of moisture in cat’s diet can cause dehydration and it’s worse for kittens, so give her small amounts of dry food.

An easy access to fresh, clean water should be ensured for her at all times. Avoid using plastic dish for food and water, they get scratched and there are more chances of germs in them. Use ceramic dish instead. Get her a kitty water fountain to encourage drinking, when she’s big enough. 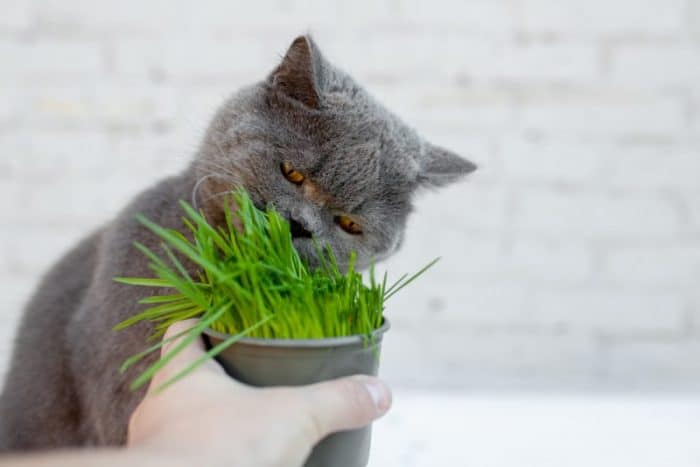 You can safely change the eating schedule of your kitten when she grows up a bit. When she’s five or six months old, you can drop her feedings from five to four. By seven or eight months, it can be dropped to two or three times a day. Two meals will be sufficient, once she’s safely past the one year mark. Be cognizant of the fact that this is just a rough guideline, some cats will want more, some cats less. Another thing to be aware of is that the British Shorthair is a slow-growing breed; your kitten won’t attain her full adult size until she’s around three years old. You don’t really need to worry too much about her weight till that time. Just feed her when she’s hungry and ensure that she has plenty of water.

British Shorthairs are quite well known for overeating and getting husky but this is rarely an issue in very young cats. Don’t worry about their weight because they’ll burn it off by running around your home and knocking things over. I have not seen very fat British Shorthairs under the age of five or six. The younger ones are simply too busy playing and chasing imaginary mice to gain weight. It’s good to keep an eye on your cat’s development but worrying too much until she starts getting old and lazy is unnecessary.

What should I feed my British Shorthair kitten?
British Shorthairs need a protein-rich, high-quality diet. They don’t need milk, whole grains or any kind of starches in their diet. Select a brand that has high quality, protein-rich cat food and figure out an optimal serving for your cat. Other than that, you just have to take care of the water intake of your kitten.

Is my cat a British Shorthair?
If you are not sure whether your cat is British Shorthair or not, you can match its physical features like its head shape, its coat and eye color, its weight and overall health. You can always conduct a DNA test to be sure.