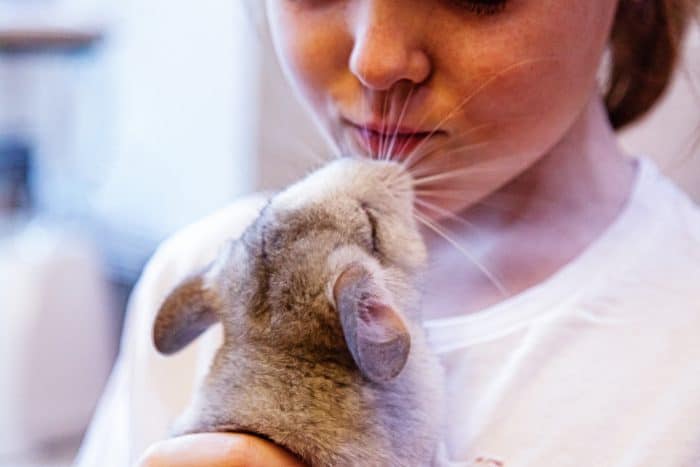 Let’s be honest and acknowledge that owning a pet is not everyone’s cup of tea, especially when it’s a Chinchilla.

As humans have distinct individual personalities, so do Chinchillas, and this is why they have much more to them as individuals than it is already known.

The Proper Way of Handling A Chinchilla 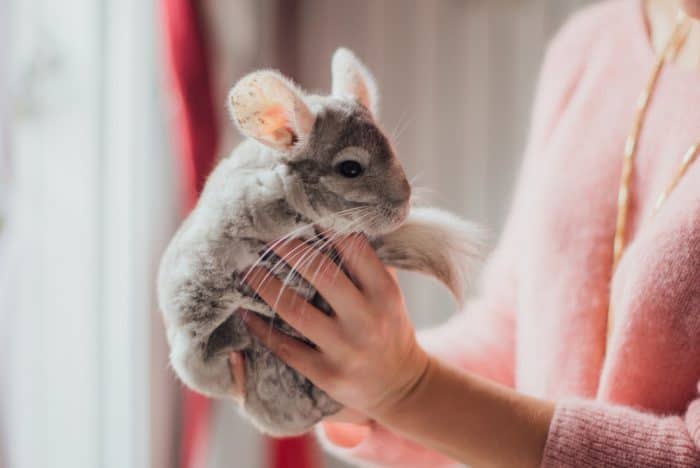 For as unique pets as Chinchillas, there are equally unique ways to handle them.

If Chinchillas don’t like to be held, it does not mean that you stop trying as its pet owner.

You should keep trying and touching them so that your Chinchilla gets familiar with your touch.

Moreover, take note of the following while handling your Chinchilla:

Chinchillas do not enjoy cuddling.

Providing Space For Your Chinchilla

As a pet owner, it is crucial for you to know that some Chinchillas are friendly by nature while others are not.

As a pet owner, it is upon you to provide your Chinchilla with enough space where they don’t feel invaded and threatened.

Give as much space as necessary to Chinchillas so that they get accustomed to their new environment.

Treat them with a soft and soothing voice and touch.

Feed your Chinchilla daily and clean its cage.

If you detect any signs of stress in them, then don’t hesitate in changing your pattern of treating them.

You should be able to meet their needs, be it their space or their not-so-cuddly nature.

Don’t Hold Your Chinchilla For A Long Period

Chinchillas like to play around you, but when it comes to holding them, they are not very welcoming of that.

Even a Chinchilla who is more friendly does not like to feel contained and be in your hands for a more extended period.

Chinchillas are explorers by nature, and they have tons of curiosity inside their little bodies, so they prefer exploring and jumping rather than sitting on your hands.

Be alert in case your Chinchilla is sending some signs to you.

If your Chinchilla squeaks or squirms, you should take that sign and distance yourself from it.

Hold your Chinchilla for a couple of times that is for a shorter period, rather than holding it for a single and more extended period.

Once your Chinchilla is at ease with you, you can start introducing it to other people. Give it some time to sniff the other person’s hand to decide whether to climb on that person’s palm or not.

Be Patient With Your Chinchilla 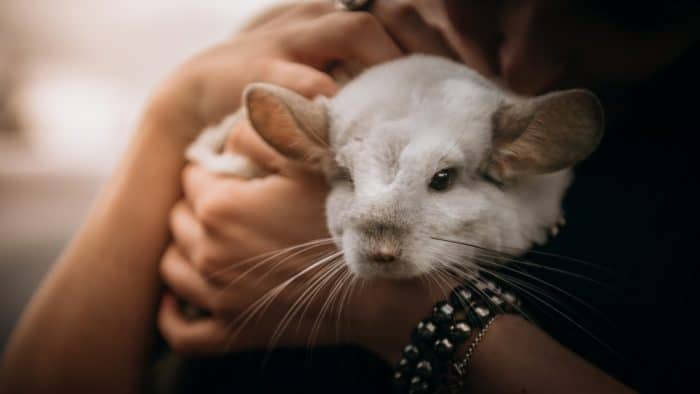 So now you know that every Chinchilla has an individual personality and all Chinchillas cannot behave in a certain way.

As a Chinchilla owner, it is vital for you to cater to its needs.

You have to be patient while handling your Chinchilla because if yours does not like to socialize much, you will have to invest most of your energy to tame it.

And then there are times when your Chinchilla would become so rigid that all your attempts to tame it would go in vain.

A lot of people ask me, “are Chinchillas affectionate.”

When you bring a young Chinchilla as your pet, it can be tamed easily according to your wishes.

But if in any case, you bring an older Chinchilla who has not been appropriately socialized, then you will have to do a lot more to make it feel secure.

If they are not willing to be tamed after many efforts, then let them be in their cage.

The best you can do is to feed them properly and keep giving them the space they are most comfortable in.

Detect Common Signs of Stress in Your Chinchilla

If it is, know that your Chinchilla is under stress and it wants you to be extra patient.

Quite a few times, people have asked me, “do Chinchillas like to play?”

I often tell people that they do like minimal play, but only when they’re comfortable with you.

There are other ways to know whether your Chinchilla is stressed or not.

While young Chinchillas are likely to urinate everywhere, spraying urine or peeing all over the place by Chinchillas is an indication to you that they are stressed and feel threatened.

If there is a change in your Chinchilla’s sleeping pattern and it is not sleeping at all, it means that your Chinchilla is stressed. It’s probably trying as hard as possible to be alert in case of any threatening encounter.

Training Chinchillas To be Held

As a diligent pet owner, you can train Chinchillas not to get frightened when they are being held.

There are chances that after following these steps, your Chinchilla might wait for it to be held by you.

It depends on you how you reciprocate their affection and give them a reason to become more affectionate with their pet parent.

In fruits, Chinchillas can eat apples, strawberries, pears, and bananas.

Chop and cut vegetables and fruits in tiny bites to give your Chinchilla.

Do Chinchillas bite? There is a difference between a bite and a nibble when it comes to a Chinchilla.

If a Chinchilla smells an especially yummy smell on your hands, it might start nibbling or even bite your hand.

This type of bite is different from the bite; it might give you out of fear and threat.

Do Chinchillas Stink? Unlike many other animals, Chinchillas do not stink, and they are odor free.

If they start leaving a smell, then either you are not cleaning their cage as correctly as it should be or they are sick.

If you feel that your Chinchilla has developed an odor, you should take it straight to the vet for any further diagnosis.

What Chinchillas like to Play With? Chinchillas are rodents, and every rodent needs to chew things to wear down their teeth that continually grows.

This is why Chinchillas like to play with things they can chew on.

Chew toys are fun for them for it will be good for your Chinchilla’s dental health.