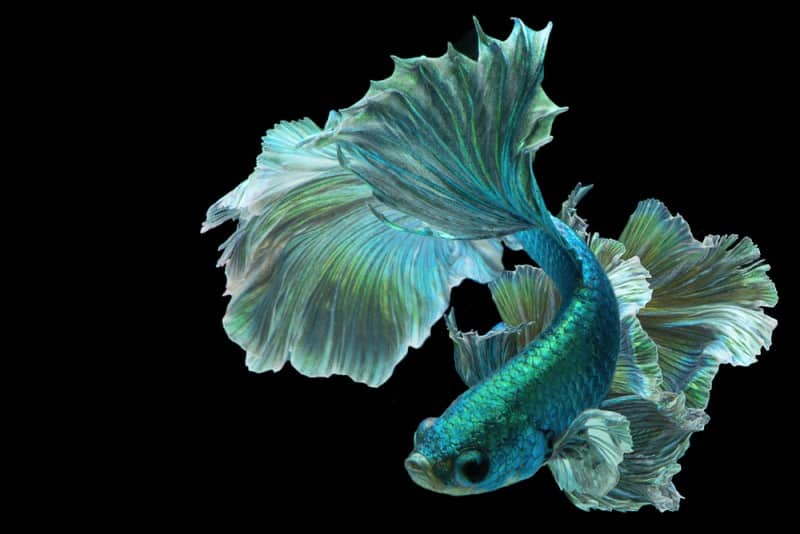 Bettas are one of the most unique and most magnificent fish in the world. They are soothing for the eyes to see swimming through and forth in the aquarium.

Their brightly colored bodies and long flowing fins increase their beauty. They have an unusual sleeping pattern and behavior which puts forward a question in the owner’s mind, is my betta really sick or just sleeping?

If you’re confused about this, chances are that your betta is just sleeping if they’re lying down. However, if you see signs like fading colour, loss of appetite or irregular swimming patterns, it could mean they’re sick or dying.

Read on below to learn more about your betta fish in the following article.

What’s the sleeping time of your betta

Betta fish are diurnal creatures. These are the ones who like to stay awake during the day time and take rest at night time. Try making sure you turn off the light or your aquarium at night time and turn it back on around 8 hours later when the betta would probably have woken up. It can be hard to do that so you can purchase a timer and set it to turn the lights on and off in the aquarium.

It can be hard to set the timer to assume timing but it can be easily done by just observing the sleeping hours of your betta fish. It will take a few days for you to get the accurate timings of your betta’s sleeping schedule. Even if you can’t turn off the lights, bettas can sleep with the light on, it will be hurtful for the fish but they won’t sacrifice sleep just because the light was on.

How much do they sleep

This actually depends on your betta. Depending on how much comfort they’re getting when it’s time to sleep, they will usually take longer to fall asleep than humans. They are very light sleepers just like cats. They do like resting more than sleeping just like cats, you might find them resting a lot of times but not sleeping, as they prefer to sleep at night with the lights are off.

At night times you should avoid tapping on the aquarium and turn off the lights so the betta can try to sleep. Try no to stress them out with loud noises at night time as it’s their sleeping time and they can be disturbed from it and not get enough sleep that they require.

Is it important to stay awake the whole day?

This is a normal thing to wonder about being the owner of a betta fish. Well yes, it is necessary for the betta to stay active and put throughout the day and exercise much as well as play games. This can be easily done by making the habitat of the betta more interesting and fun by placing more toys and better driftwood in the tank that the betta fish would play in.

Playing less and resting more can lead to the lethargic routine of the betta fish which isn’t safe for their health. The fish should exercise on a daily bases and play a great deal of time as well so they don’t get unfit. Staying in a lethargic routine can cause them to gain weight and this could lead to constipation in the betta fish. Due to this the fish might stop eating and can get really sick, so to stop this from happening in the first place, don’t allow them to stay put, but exercise as much as possible.

How to know if your betta is sick

There are many things being an owner you should look out to make sure your betta fish is healthy and these signs are required to be shrewdly observed to know about the betta’s health. Apart from observing unnatural acts of your fish, you should also know what those unusual habits mean and what you should know about them. Various uncertain behaviours are listed down for you to look in your fish:

When your betta is getting sick, the color from its skin might fade away and it will appear colorless. The betta can also lose its color altogether and this will be a hard time for you but you have to take your fish to the vet to get it checked.

The normal and healthy appearance of the fins is when they are seen as a whole. When the betta is not fit or unhealthy, its fins will develop holes or small rips. The betta’s fins can also be seen to be clamped down to her body when she’s not feeling well. But when the betta is completely fine the fins are fanned out properly.

Looking at your betta and observing her changed behavior will give you the idea of her being more lethargic. If the playtime is lessened, but resting time is increased, it means that the routine is being lazier.

Looking out for your betta and finding her at the bottom of the tank more often is also a sign of lethargy. It can be caused by the water temperature being at extremes, which could be too low or too high. Make sure the temperature is suitable for the fish to stay active most of the time.

Check your betta for signs of repelling their food as this can be a major sign of sickness. Betta would refuse to have their food due to upset tummy and this is when you know your fish is sick.

Bettas seems to catch on Ich. Ich is a kind of parasite that the bettas can get and result in allergies. These parasites can be spotted as they are white in color and they usually come around the head and mouth. Look out for these parasites on your fish and make sure they’re not suffering from them.

Being a betta owner, you must know about the visits of your fish to the top of the tank to get some air. She might be doing it now more often and it may seem unusual, this is how you can know your fish is suffering from breathing problems and isn’t comfortable in the environment.

Looking at your betta performing unusual tasks like rubbing or scratching their body against the walls of the tank or the plants and driftwood present in the tank. This is a strange thing for your betta to do and they might be sick and doing this. Taking a visit to the vet won’t hurt in this situation as the fish could get more hurt.

Eyes of the betta may appear to be proptosis in times, this isn’t a healthy sign for the betta. The eyes could also be protruding from the head, and this is not normal to happen either. Also, look for the unusual rise in the scales on the skin of betta. Another important thing to look at is the gills of betta, if they can’t be closed properly, they might be swollen and the fish might be in pain. These are all the signs of sickness in betta you should look out for.

You have a great sense of beauty, and that’s the sole reason a betta fish ended up in your aquarium. They are one spectacular creature with unique and attractive features. Having them at your home and looking at them swimming across the tank can be soothing for the vision. It’s also claimed that watching the fish go to and forth reduces stress in a human. Doing that with the view of such a pretty fish is a great thing to do.

Keeping such a sensitive fish at your home is surely a treat for the eyes, but it is your job to keep them healthy and look out for their health. They can get sick because of a very minor mistake of yours and it could end up pretty ugly. Your own silly mistakes towards your fish can make you wonder is they’re dying or just sleeping.

Learning about your pet is the first thing that you should do after getting them home. Their sleeping patterns, dietary routine, signs of sickness, and many more things should be present in your mind. Learning all the small details about your fish isn’t only important for you but it’s also necessary for the health of your fish.