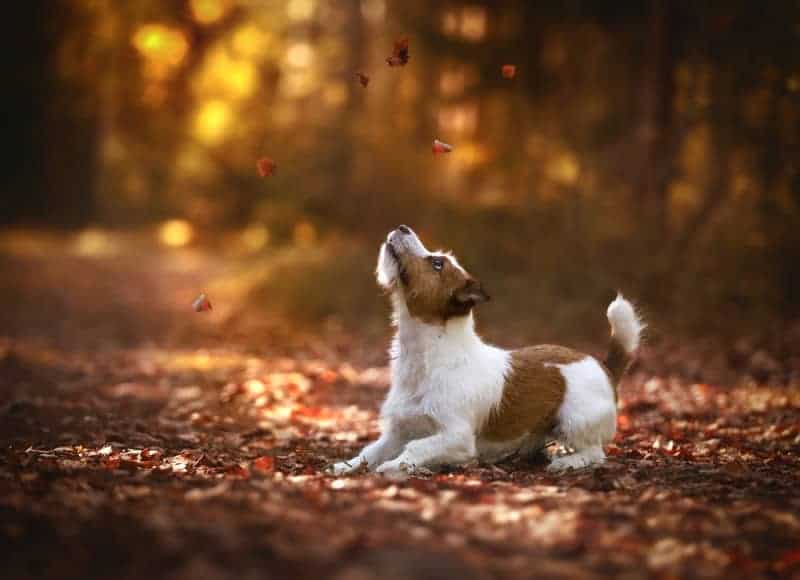 Those of you, who watched the famous sitcom, Frasier, from the late 90s, would remember Eddie the dog, as one of the most entertaining characters in the show. He was smart, quirky, and overloaded with cuteness. For those of you, who don’t know, Eddie was a Jack Russell Terrier, one of the two dog breeds I am going to compare today. If you have been trying to decide between a Jack Russell Terrier and a Labrador Retriever, then you have come to the right place, my friend. I am going to give you an in-depth analysis of the two breeds today.

The pressing question is, which of the two breeds is better? Well, I don’t really like calling one breed of dog better than another, because they’re all so versatile and different. Let’s rephrase a little, shall we? Which of the two breeds is more desirable as a pet? For me, the answer is the Labrador Retriever, undoubtedly. Yes, Jack Russell can be everything that Eddie was, but still, if I had to keep a dog as a pet, I wouldn’t pick a Jack Russell over a Labrador. Why? You’re about to find out.

Labradors and Jack Russell Terriers are very, very different dog breeds. If dogs came with packaging and instruction manuals, Labradors would be like a furniture piece from ikea -almost anyone can assemble it, and it is bound to be reliable. Jack Russell Terriers, on the other hand, would be one of those DIY items you order online, because it looks adorable, but when you open it, it has 100 different parts, and the instruction manual is in traditional Chinese! They are beautiful little pooches, but they are not for everyone.

Labradors are from Labrador. Confused? I’m in a bit of a quirky mood myself today. Labradors hail from the Labrador region in Canada. They were bred as sporting dogs, and were quite adept at swimming and fetching prey from grassy fields. Recognised as a distinct dog breed in the early 1700s, it was not introduced to Europe until the 1830s, when it was brought to the region by merchant ships coming from Canada. It instantly became a much-liked breed, and for obvious reasons. The Labradors back then were not much different from the ones now, and we know how irresistibly cute they are. To date, Labradors have remained the overall most favourite dog breed according to most official rankings.

The earliest Jack Russell terrier was bred as a Fox hunting dog in 1795 by Reverend John Russell. The first few ancestors of the breed had a coat colour that made it difficult to distinguish them from the foxes they were supposed to hunt and chase away. In 1815, the Reverend purchased a Fox terrier named Trump, whose temperament and coat colour were both ideal, according to him, and she proved to be the beginning of a formal breeding program for Jack Russell Terriers as we know them today. The breed was recognised as a distinct breed in the 1850s. 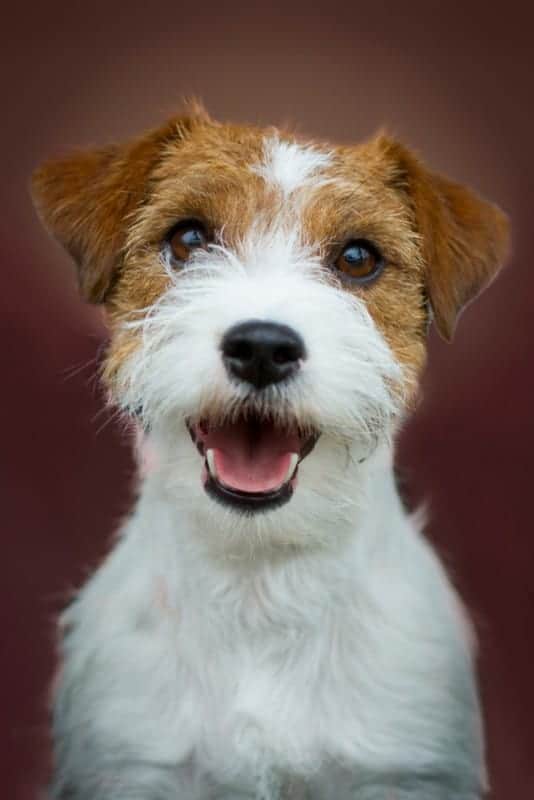 The Labrador is a medium to large-sized dog and can weigh up to 36 kilos on average. Being highly prone to overeating and obesity, you may find a Lab much heavier than this too though. The females tend to be smaller in size than the males. Since their main purpose was to assist during hunting, they are built to be resilient and muscular. Labradors have big, strong heads, muscular bodies, a strong tail, and webbed feet. They have short but dense coats that are highly water-resistant. They can be black, chocolate, or cream coloured.

The Jack Russell Terrier is a much smaller breed, with weight averaging about 6 to 8 kilos. However, since it was designed to be a worker dog, don’t let its small size deceive you. The Jack Russell Terrier is an incredibly strong and sturdy dog with a muscular body and a strong bite. Its coat can be rough, smooth, or a combination of both. Irrespective of coat type, it is usually predominantly white with tan or black patches covering the eyes, ears, and part of the tail.

Labradors are an overall healthy and resilient breed of dogs and live to be between 12 to 14 years old. But their large size means that lack of activity would almost inevitably cause bone and joint problems in them. They are somewhat prone to hip and shoulder dysplasia, arthritis, and some muscle and eye problems. They are also incredibly fond of eating and don’t know when to stop, which predisposes them to obesity, further increasing their arthritis risk. For this reason, make sure you don’t get blackmailed by your Lab into overfeeding it and always practice portion control.

Jack Russell Terriers are also a very healthy breed and have an average lifespan of 13 to 16 years. They don’t commonly have many health problems, but a small percentage does have recessive genes that can cause problems in the lens of the eye, deafness by birth, ataxia, patellar subluxation, and bleeding disorders like Von Willebrand disease. However, these problems are overall uncommon.

Labradors are incredibly intelligent, and generally have a calm, gentle and kind temperament. They are predictable, reliable, and would never break out into a fit of uncontrollable rage unless really provoked. In fact, one of the many reasons why they are so popular as pets is because they get along well with almost everyone, be it adults, children, or other pets in the household. 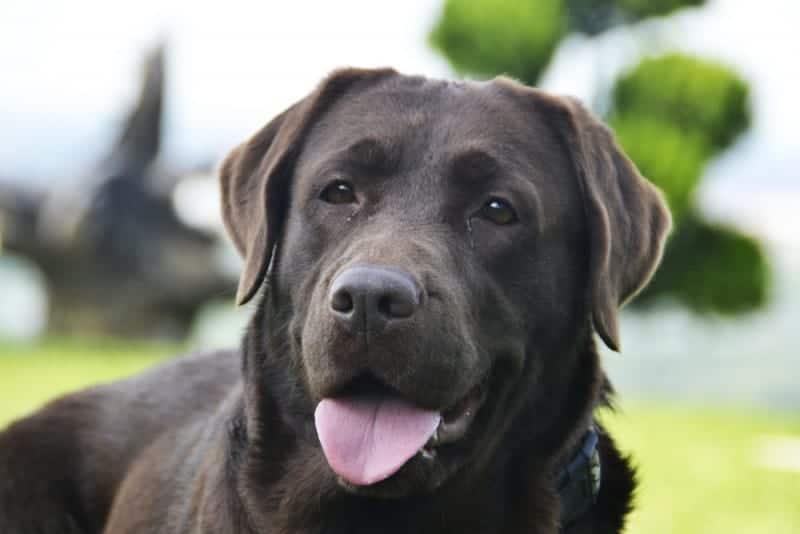 The Jack Russell Terrier comes with a bit of an attitude of its own. Unlike the Labrador Retriever, anger is almost an inherent part of the dog’s nature. In fact, since it was initially bred to be a hunting dog that would keep foxes away, anger was a desirable trait. They are intelligent too, but will quickly experience mood swings and irritability if subjected to inactivity or an irregular routine. For this very reason, I mentioned in the very beginning, that a Jack Russell Terrier may not be everyone’s cup of tea!

One is a sporting dog; the other is a working dog. One was designed to fetch prey, the other was designed to chase foxes away. Basically, both Labradors and Jack Russell Terriers were designed to be physically active breeds, and if you intend to have either as a pet, you will have to take time out for regular walks to the dog park. Perhaps because of its size, the Labrador may require more exercise, but even Jack Russell Terriers don’t fare very well if kept inactive.

A Labrador may be heavier on the pocket than a Jack Russell Terrier. Labradors tend to be pricier, and will also cost you more in terms of food and vet bills.

One downside to having a pet is finding pet hair almost everywhere in the house and in the car. The problem with dog hair is that it is very difficult to remove, and tends to produce an unfavourable smell if left uncleaned. For someone like me, grooming is extremely important, not just because of this reason, but because it is essential for maintaining a healthy coat as well. Here, the Labrador wins the competition. Jack Russell terriers tend to be heavy shedders. Although, both don’t require very heavy duty grooming and maintenance, but Jack Russell Terriers still may need to be groomed more than Labradors in comparison.

Labrador, Labrador, Labrador! I think the terms ‘playful’ and ‘affectionate’ have almost become synonymous with Labradors whenever talking about dogs. Amusingly, even my friend, who has never had a dog and aren’t even pet enthusiasts, almost invariably talk about how Labradors are the ultimate happy dogs. It’s not a secret. The whole world knows it, by now! Labradors are 30 kilos pure love. Okay, now I’m beginning to sound extremely biased. Don’t get me wrong. Jack Russell terriers are also extremely playful, affectionate, and loyal. If the comparison had been with most other smaller dog breeds, the Jack Russell Terrier would have been an undisputed winner in this department for me. But hey, competing with Labradors in terms of affection really is tough. 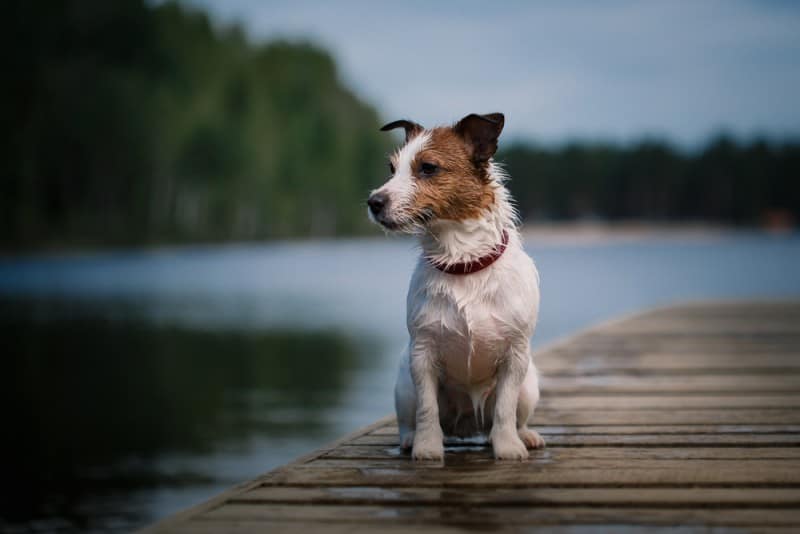 Jack Russell Terriers are loud and vocal. They tend to bark a lot. Labradors are vocal too, but not as much. I’ve already talked about anger. Anger is a fundamental part of the Jack Russell Terrier’s nature, but it won’t get angry at the people it loves. Basically, Jack Russell Terriers have a temper, but they also have a lot of love to give. However, Labradors are generally not known to be angry. Labs are also very easily trainable. On the other hand, due to their inherent stubbornness, training a Jack Russel Terrier can sometimes be a bit of a challenge, especially when it comes to obedience training. For these reasons, the Labrador also comes out as the winner in this department.

Which one is more protective?

Labradors are much more curious than Jack Russell Terriers. In fact, they tend to roam around and explore almost every nook and cranny in the house, and still won’t be at peace. A potential problem here can be the fact that they’re also quite mouthy and may chew up your furniture and shoes in the process of exploring. Now, this curiosity can be a positive for some, and a negative for others. For me, it can be a bit of a nuisance at times. In terms of hunting urge, the Jack Russell Terrier wins by a landslide. It is a hunter by nature, and Labradors don’t really have much of a hunting drive.

Friendliness with children, strangers, and other pets

In all three departments, Labradors tend to do better than Jack Russell Terriers. The latter isn’t always necessarily unfriendly, but I mentioned that it has attitude and temper problems. These can be a hurdle at times. After all, children and cats can both really push you to the limit oftentimes. While a Labrador will be gentle and patient enough to just sit and survive through the ordeal, a Jack Russell Terrier may not always be so nice.

By now, I think it is fairly clear what my final verdict is going to be, but let’s just recap the major characteristics once before I actually say it.

So, at the end of the day, while both Jack Russell Terriers and Labradors make good pets, even for first-time dog owners, overall, Labradors are a clear winner in this comparison as far as I’m concerned.