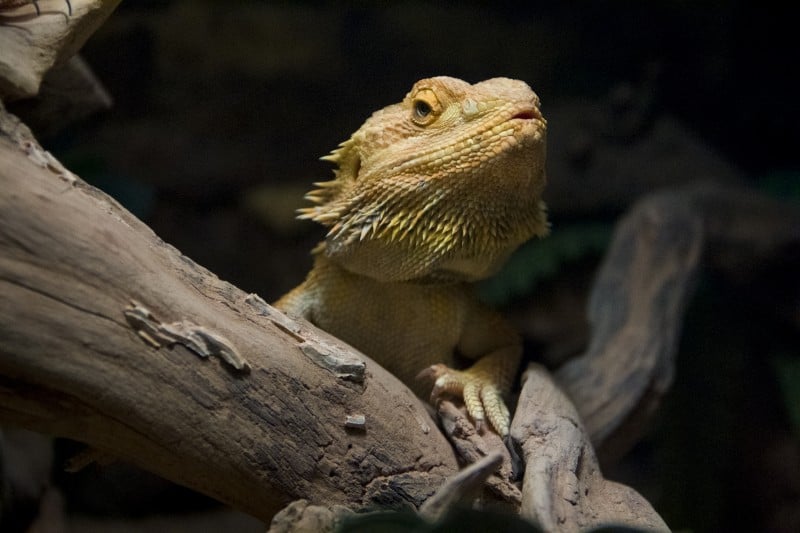 If it has a beard, it must be male.

That rule doesn’t really hold in the animal kingdom. Species like bearded dragons sport their spiky beard quite proudly regardless of their sex. And no one even judges them for it.

So, the question is:

How to sex a bearded dragon?

Hemipenal bulge is one of the most accurate indicator of your dragon’s gender, but it isn’t the only one. Also, it may not appear until your dragon is a certain age.

If you want to know more about bearded dragons, check out this excellent book on keeping and caring for a healthy bearded dragon here.

So…In this article, we will learn some more about the hemipenal bulge and also explore other ways to sex a bearded dragon.

At What Age Do Hemipenal Bulges Appear?

To answer this question, we need to understand what hemipenal bulges are. Hemipenal bulges are formed due to the presence of sex organs, also known as hemphenes, in reptiles. Male bearded dragons have testes that make for two bulges on the sides, while females have a uterus that appears as one bulge in the middle.

Quite naturally, these organs aren’t fully developed until beardies hit a certain age. You may not be able to see any bulge in a juvenile bearded dragon. Even for someone with an expert eyes, it is impossible to tell for a dragon younger than 4 months.

It is easier to see the bulges once your dragon is 6 months or older, but that is just for the experts. If you aren’t an expert breeder, it is better to wait till 6 months just to be sure. While the bulges are essentially there even in 2 month olds, they are not prominent enough. You might just end up assuming the wrong gender.

Speaking of assumptions, age is another thing you shouldn’t assume about your bearded dragon. In order to sex your dragon, you need to be able to determine their age as well. Don’t rely on what the breeder or seller told you, learn to accurately determine your beardie’s age.

Determine the Age of Your Bearded Dragon

Luckily, age is easier to determine than the sex of your bearded dragon. Before we explain, it is important to reiterate that you should always ask about age when buying a bearded dragon or any other pet for that matter.

If you are buying from a breeder, they are mostly likely to tell you the right age. Good breeders may even tell you the sex of your new pet, and they are usually right about it. Sellers who aren’t breeders are often unaware of the age, and sometimes even lie about it.

Don’t fall for it. You can catch their lies then and there. To determine a bearded dragon’s age, there are just two things to consider.

Size: Your dragon must be at least 10 inches long. An average 6 months old bearded dragon is never shorter than 10 inches. If yours is, the chances are it’s not even 6 months yet.

Remember, the larger they are in size, the easier it is to see their bulges.

Weight: A 6 months old bearded dragon weighs 200 gm or more. It’s the same for both male and female dragons.

Now, you know when is the right time to even attempt to sex your bearded dragon. Wait for them to grow big enough to avoid any misjudgment on your part. It’s important to make an accurate judgment when you are planning to breed these wonderful creatures.

Let’s move back to the methods to determine your bearded dragon’s sex. Of course, it’s clear that it may not be as easy as sexing a ferret or a chinchilla.

Back to the Bulge

Expert breeders can see the bulges even with an eye closed. They can see them in dragons as young as 5 to 8 weeks.

For first timers, however, bulges are a little difficult to find even when the dragons are fully-grown healthy adults. It may just be beginner’s anxiety – but don’t worry! There is a trick to be absolutely sure.

You just need a flashlight or you can just use your mobile’s light.

Just turn off all the lights in the room and lift your dragon’s tail just the way we described above i.e. 90 degrees from a flat surface.

Now shine some light on the top side of the tail and look for shadows underneath. For a male, you will be able to see a ‘U’ shaped shadow. For a female, you will see a shadow in the middle.

A Word of Caution: Be gentle when lifting your dragon’s tail. Never bend it more than 90 degrees. Otherwise, you will end up hurting their spine. If your dragon is too restless, do not force-bend the tail while it’s wiggling or resisting in any other way. This sort of resistance is common in younger dragons or dragons who aren’t too familiar with you yet.

Another Physical Difference: The Femoral Pores

There is another physical difference that can help you determine your bearded dragon’s sex. It’s their femoral pores.

Femoral pores are exocrine glands that excrete pheromones. Like most species, bearded dragons use pheromones to attract their mates and also to mark their territories. Both male and female beardies have these pores. You will have to turn them over to see them.

If the pores are pronounced and noticeable, like black dots, you’ve got a male dragon. If the pores aren’t too prominent and run from knee to knee, you have female beardie.

Like all other species, there is a difference in how male and female bearded dragons behave in general. However, like for all other species, it may not always be the most accurate way to determine their gender. It is an interesting observation, nonetheless.

One of the most interesting behavioral traits of a male bearded dragon is showing off its beard. It is believed that male dragons not just puff their beard more often, they also turn their beards black more often. Generally, it is a way to establish their dominance and authority, but it can also be a way to get attention.

Here is a video of a bearded dragon black bearding in 2 seconds.

Similarly, female bearded dragons are believed to be diggers. Normally, they dig when they have to lay eggs but according to some owners, their female dragons often dig for no reason.

Again, behavior may not be the most accurate indicator because it isn’t entirely impossible to find a female who turns her beard black and a male who loves to dig.

It is true in some cases but generally, they are both the same size. However, with better environment and food, some females can grow larger than a male who didn’t enough food or a favorable environment. Get them a good, spacious terrarium to keep them healthy and happy.

Should I get male bearded dragon or a female?

It is mostly a matter of personal preference. However, male bearded dragons are social but also tend to get more aggressive during breeding season. They may even get too territorial at times. Female bearded dragons tend to be calmer, but they can lay eggs even if they haven’t met a male.

Should  keep my male and female bearded dragon together?

It is not a good idea to keep your male and female bearded dragon together. A male dragon may become too aggressive during the mating season and dominate the female beardie. Without the right environment for breeding, this can be a stressful situation for both the dragons.

The gender switching capabilities of bearded dragon are complicated. The male dragon can lay eggs and act as a female while genetically staying a male. Experts believe that global warming is making more and more dragons switch genders.

Now you know how you can sex your bearded dragon with accuracy and certainty. Just make sure you wait long enough for your beardie to become an adult and also grow familiar to you. No matter which method you use, make sure your dragon is comfortable with you touching and analyzing its body. The process should not be hurtful or stressful for the beardie – but if you fear that would be the case, it is best to seek an expert’s help.