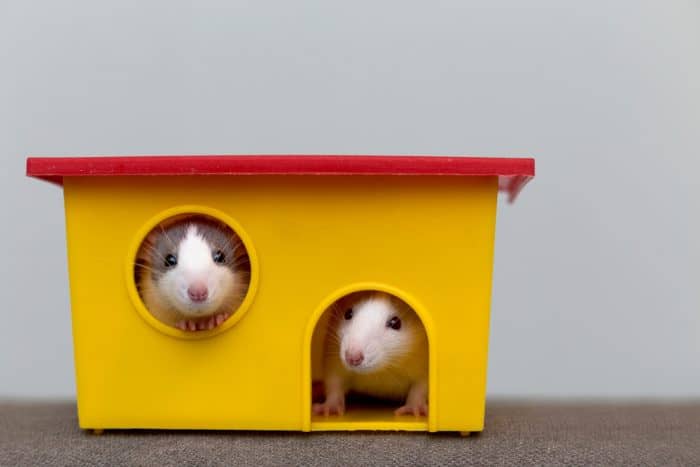 One question that I get asked a lot is, “what hamster should I get- a male or female one?” The gender of a hamster does matter; even the smallest factor could make a big difference.

So, should I get a male or female hamster? The gender of a hamster is relatively important because of their connection to personality. Like humans, the personality of hamsters are also different. The male hamster being rather mellow and a tad smelly. On the flipside, there is a female hamster which could pose a challenge for first-time hamster owners.

If you’re looking to buy a hamster, you should also consider the option of buying a guinea pig. Here’s my take on which one you should buy.

In this article, we will help you make the decision of choosing between a male and a female hamster. I urge you to take all the time in the world to make this decision. 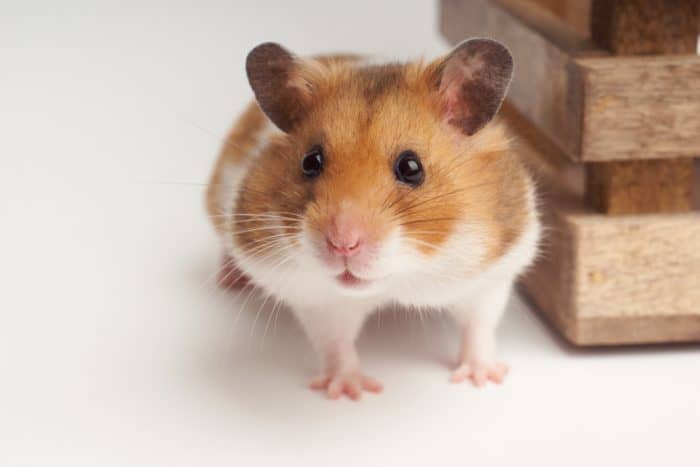 Males are usually renowned for their aggressive nature, but that is not the case with a male hamster. As you read ahead, you will learn that a male hamster has much more to offer.

Generally, male hamsters have a mellower personality. When you initially bring them to their new home, you’d notice they are very calm.

A drawback of their laidback attitude is that the male hamster avoids exercising.

This mellowed attitude does have a drawback; male hamsters don’t play with you as much as a female hamster.

For majority of the time, they just eat and get obese. This is why you’d notice they have a wider jaw which also lets them chew more.

Additionally, you would learn that they detest hamster balls and exercise wheels because of their overweight body.

A male hamster’s laid back attitude makes it easier for children to handle them on their own.

It also makes it easier for you to take care of the hamster without expecting any biting.

If you need a hamster for cuddling, you should buy a male one. Here’s my article on whether hamsters like to cuddle or not.

Overall, male hamsters are seen as friendly and easy to handle pets.

To summarize, a male hamster is easy to handle and lays around rather than play. If this is what you aspire of your hamster, by all means, get yourself a male hamster.

If you ever sniff your hands after handling a male hamster and compare it to the smell left from the female hamsters, you will notice a distinct smell.

A male hamster tends to smell more than a female hamster. This unique smell is much stronger.

Male hamsters have this distinct smell because of the small vents which make a scent-gland. These glands are found under their thigh.

What does this have to do with male hamsters?

By nature, male hamsters are territorial, and they release this scent to distinguish themselves from other hamsters.

At times, you can notice the greasy scent gland when the male hamsters are stressed.

For a pet present, dealing with shedding is a painstaking hassle.

Male Syrian hamsters, in particular, have a long and thick coat which requires a bit of grooming.

Unfortunately, as they age, they begin to lose hair.

A male hamster that is about a year or a year and a half old will start losing hair on their back, stomach, or their legs.

To make matters worse, they could have flaky skin and dandruff. 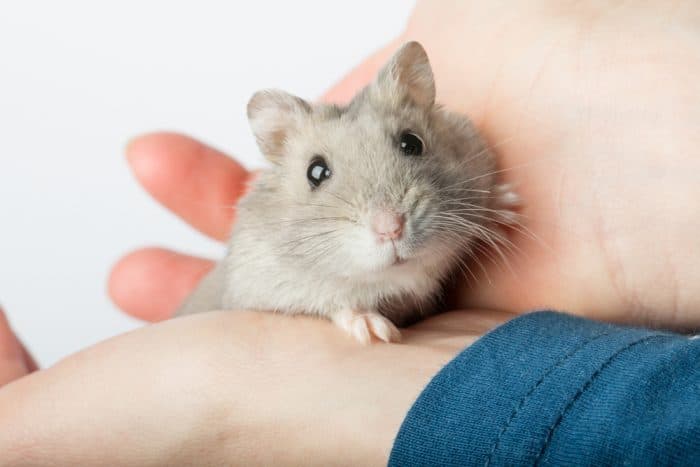 Females are known to be more passionate than males. Similarly, a female hamster is intensely passionate about territory.

As you will read more, it will become clearer if a female hamster is the right choice for you.

1. The personality of a female hamster

A female hamster has built itself a reputation for their ferocious personality. They are more aggressive in nature.

How aggressive are they?

This may vary from one female hamster to the other.

Keeping their aggressive nature aside, they aren’t big fans of cuddling either.

Moreover, they are skittish and intolerable. It’s quite fun to watch them strut around in their cage.

Combine their thin body with their aggressive attitude; it becomes impossible to handle them.

You have to be really careful while handling them because they will try to bite you. You can check out this article that I wrote on how to stop hamsters from biting.

Hamsters sleep in the day and stay awake at night. If you try to wake them up, they would get upset and let out a high pitch squeak.

However, female hamsters tend to squeak more often and get a worse attitude for the remainder of the day.

The female hamster doesn’t smell as much as male hamsters, but they do have a strange odor when they feel hot.

For roughly four days, a female hamster goes into heat, and during those days they release a musky odor.

On the colder days, you might smell a different odor. Why?

Sometimes a female hamster would urinate in the tubes or other things to leave their mark. At a younger age, male hamsters also spray their urine everywhere.

Does the Breed of a Hamster matter?

Now that we have reviewed each gender in general. Now let’s go into a little more detail. Hamsters are a lot like people when it comes to their personality.

Every hamster has a unique personality.

A large portion of this personality may vary based on their breed.

For instance, if you are thinking about male vs female dwarf hamster, I’d urge you to think twice before buying a female- especially if this is your first pet.

To make it easier for you, we have listed down the breeds of a hamster. You can check out the differences a breed can make for the two genders.

A Syrian hamster is also known as a golden hamster.

A male Syrian hamster is not so different from what we just described. They are laid back and calm.

On the flip side, a female Syrian hamster is a bit more aggressive.

However, the female Syrian hamster behavior is a bit more territorial. They are also larger than a male hamster.

Both male and female hamsters like to stay on their own and are known for being territorial.

From the deserts of north China, comes a Chinese hamster. Unlike the Syrian hamster, there is not a lot of difference between a male and a female hamster.

Moreover, there isn’t a larger difference in their length. They are both around the same size.

Overall, the only difference between the two is how they get along with same-gender hamsters.

Normally, hamsters don’t like company at all. But if you leave a male hamster with another male hamster, they may get along.

This is not the case with female hamsters. They will remain aggressive irrespective of a hamser’s gender.

I’d suggest you to keep the hamsters separate regardless of their gender, male or female. Hamsters, in general, like to stay on their own.

The second most popular choice for hamsters as a pet are dwarf hamsters.

There is a small difference in size between a male and a female dwarf hamster.

However, this is barely noticeable. When you get either of them, it will seem like the same size.

Similar to a Chinese hamster, if you intend to keep two hamsters together, select two male hamsters.

A male roborovski has a pungent smell, they are smaller in size, and they are submissive in nature.

On the other hand, the female Roborovski have a less distinct smell and are comparatively larger in size.

Like winter whites, there is a small size difference that is difficult to catch.

Generally, if you had to ask me which gender to choose, I would tell you that it doesn’t matter on the hamster. Unless any of their personality or odor are a matter of concern.

It all comes down on you. A female hamster is naturally territorial, but they could become less aggressive depending on how you treat them.

Most owners of hamsters believe there isn’t a noticeable difference between the two genders. They are more or less the same.

What type of hamster is the friendliest? If you manage to tame a Syrian hamster, you can expect to build a strong and friendly bond with them. Their renowned nickname ‘teddy bear’ is a big tell that should convince you.

Do male Syrian hamsters smell? Yes, they do in fact, smell. It is a natural and normal part of a living being. You may not notice it, but they have a strong and musky scent that comes from their scent glands.

What is the best type of hamster for a beginner? The teddy bear hamsters are the most common type of breed of hamsters kept as a pet. They are the popular choice amongst the majority of the people. They are a perfect choice for first-time pet parents.

Do hamsters get lonely? Not really, hamsters are not lonely when they are left on their own. They actually prefer isolation. Over time, hamsters came from the desert and learned to protect their stuff from other hamsters. This might be the reason why hamsters don’t prefer roommates.

Do hamsters like to be petted? Hamsters are insanely cute, but those cheeky animals are also small and fragile. Meaning they can easily get hurt or injured. While petting the hamster, you need to use your index finger and gently stroke their back.