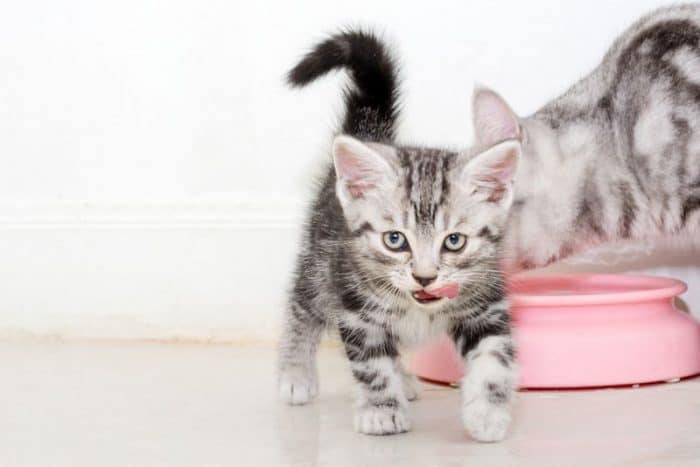 Looking for a pet cat seems quite easy, doesn’t it? But in today’s continuously evolving world of cats, one is often confused between the several cat types available.

If you are someone who adores American Shorthairs and is in search of a complete in-depth article about their looks and behavior pattern, then you have arrived at the right place. Read ahead and explore!

Originating from North America, the American Shorthair was initially known as the DomesticShorthair. They are categorized in the pedigreed breed of cats which means they have been specifically bred to exhibit certain physical traits.

The American Shorthairshavea muscular, athletic, and powerfully-built body due to which the American Shorthair is classified as a true breed of working cats. These cats range in size from medium to large and generally weigh about 7-12 pounds. However, the males are significantly larger than the females. Their body is slightly longer as compared to their height.

The American Shorthair has a broad face which makes the face appear round, or in some cases, oblong. The nose has a medium length and has the same width for the entire length. It has a concave curve. The chin is very well developed, forming a perpendicular line with the upper lip.

The ears are slightly rounded at the tip and are medium in size. They are wide-set but are not too large at the base, having twice the distance between them than that of eyes. The eyes are also moderately apart and come in a variety of colors such as:

The eyes are large and wide with the upper lid shaped like half an almond and the lower lid is shaped like a fully rounded curve. The outer corners are slightly higher than the inner corners.

Along with being vividly colored, the American Shorthair also come in a large assortment of coat patterns.These vary from tortoiseshell (with little or no white markings), calico, bicolor, tricolor, tabby, smoky or shaded.Chocolate, sable, lavender and lilac-colored coats are only possessed by crossbred American Shorthair.

One can easily identify a cat’s breed on the basis of its personality. Some of the prime personality traits of the American Shorthair are:

Known for it’s calm and adaptable nature, the American Shorthair is a moderately active cat. It has a middle-of-the-road temperament and does not demand excessive attention. It is extremely friendly, gentle and affectionate.With its low vocalization, it does not bother or irritate its owner with meowing all day long.

Usually, the American Shorthair does not like being carried around. It likes to be a master of its own will and make use of its four feet. Therefore, an American Shorthair may not be the best option for people looking for a lap cat.

To determine your cat’s breed, you need to carefully observe its behavior towards:

The American Shorthair is a family cat. It is very affectionate towards the family that it is raised in. Its laidback and playful nature makes it a perfect choice for families with children. If treated politely and with respect and care, it develops a bond with children as well. The American Shorthair often even learns tricks from the children and enjoys their keen and undivided attention.

Coming towards behavior with strangers, the American Shorthair is not a cat to hide under the bed in a stranger’s presence. It has a sociable nature and it tends to greet guests with a curious glance.

Despite being a skilled hunter, the American Shorthair can learn to leave birds and other small pets alone if raised together or introduced at a young age. These cats also adjust well with cat-friendly dogs. However, if you’re ever in doubt, it is best to separate the two to avoid any unfortunate consequences.

American Shorthair is an easy to care cat and has no special requirements other than its regular grooming sessions.

However, an inefficient and irregular grooming routine can lead to:

Therefore, to have a happy and maintained cat around your house, you must fulfill the required tasks in cat grooming.  These are:

A cat’s fur needs to be brushed on alternate days to avoid hairballs and knots in their coat. Whereas bath should be given once or twice a month depending on your area’s climate. Nail trimming has to be done at least once a week or more if your cat’s nail growth is rapid. This prevents any possible risks of damage to the cat or by the cat.

Also, just like humans, cats also need regular teeth brushing otherwise they can be easily infected with dental problems which lead to hindrance in eating, eventually resulting in poor health.

American Shorthair are food lovers and will warmly welcome any meal at anytime. Thus, people owning American Shorthair frequently face the issue of overweight or obese. To overcome this difficulty, one should set proper timings as well as follow a designed food plan or vet prescription for meals.

I’ve been using this cat food formula from Hill’s for all my cats that become overweight. Till now, it’s worked like magic while my cats still feel energized and full.

Cats are most happy when they are provided with hygienic conditions and to do so, one has to clean the litterbox daily. This process involves the removal of old and used litter which is replaced by fresh litter. If the litterbox is left dirty, it could lead to the spread of germs and diseases.

The completion of these simple tasks makes your cat joyful and understanding. Cats view grooming as a gesture of affection and develop a deeper connection with their owners.

There are some diseases that certain cat breeds are more susceptible toor tend to inherit from ancestors. Therefore, to some extent, diseases also assist us in identifying a cat’s breed.

American Shorthair is naturally strong in this regard; they do not get sick often.

However, this comparatively efficient immune system fails to protect this cat breed from hereditary diseases like HCM that is Hypertrophic Cardiomyopathy. It is a heart issue in which the heart muscle thickening results in blockage of vessels and heart failure.

Another genetic disease in Shorthairs is called Hip Dysplasia which is a deformation in ball and socket joint. The joint is not formed properly hence there is an increased movement in the joint.

It is important to keep a check on internal or external parasitic invasion on your American Shorthair’s body. Parasites like fleas, ticks, and ear mites can infest in its ears and skin. While hookworms, roundworms, heartworms, and whipworms can easily get into its system by the consumption of contaminated or unclean water, by being bitten by an infected mosquito or by walking on contaminated soil.

This can further lead to the manifestation of various bacterial and viral infections in your cat.

These parasites can be easily transferred to your family and cause pain, discomfort, and even death of your feline friend. Therefore, it is highly important to take preventative measures like:

Breeds that are often mistaken as American Shorthair due to a number of similarities are:

Similarly, due to their short coat and athletic body, the Egyptian Mau is also often mistaken as American Shorthair. It is to note that, the Egyptian Maus have a significant “mascara” look extending from the outer corners of the eyes to the ears.

The tail length of the American Bobtails and American Shorthair is almost the same, hence they are often confused with each other as well.

Is it possible to predict whether my kitten will have short hair? Yes! One can easily predict whether a kitten will have short hair or not by examining its paws. Long-haired kittens usually have tufts of fur between their toes. There is a sprout of long hair sticking out from both the front and back paws. Therefore, if your kitten lacks them, it probably belongs to a shorthair breed.