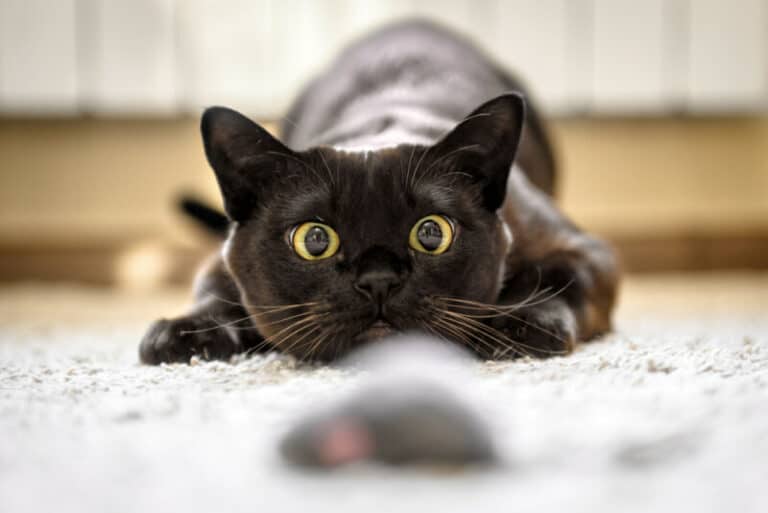 Cats have many ways to express themselves through body language, but their signals can be hard to read sometimes. So, what’s your cat trying to communicate when it’s on its back? This article gives a comprehensive explanation of this odd position. Read on to find out!

A Display of Submission, Trust, and Happiness

A cat’s stomach is the most vulnerable and sensitive part of its body. In times of imminent danger, a cat will prioritize the defense of its stomach before everything else. With many vital organs lying just beyond the cat’s belly, the risk of fatal injury is greatest here.

Submission, trust, and happiness are reasons your cat may lie on its back with its fuzzy belly exposed. A cat lying on its back will also spread its legs open, relax its tail and look up at you with a joyful expression. It may display vulnerability and won’t appear jumpy or agitated.

It also means your cat feels safe and may be open to receiving a gentle belly rub. Be gentle and cautious because you don’t want to betray the trust your cat’s showing.

Sometimes a cat lies on its back for mischievous reasons. An unexpected flop down onto the floor could signal that your cat is feeling feisty, so read its other body language cues before getting any closer.

Notice your cat’s tail for a reliable indicator of mood. A tail that flicks back and forth indicates a heightened state of activity. It’s a good signal that it is playtime, not petting time. Like a built-in toy, some cats may bring their tail between their legs to bite and paw.

A cat’s eyes can reveal so much about its current mood. For example, glowing eyes that glare at you intensely indicate that you’re in the crosshairs.

Every cat has its favorite lying position. Some cats enjoy curling up into a tight ball, and others prefer a comfy stretch lying on their backs.

Sometimes cats sleep on their sides and roll over onto their backs while asleep. Other times they stretch out belly-up and get so comfortable that they drift off into dreamland. Either way, it’s one of the cutest sleeping positions cats assume.

It’s pretty easy to tell when a cat on its back is just trying to relax and rest. It will relax its legs and shut its eyes. If the cat’s asleep, its breathing will be slow, and you might hear some gentle snoring.

A cat in heat may lie on her back to indicate she is ready to mate, especially around male cats. It’s easy to tell if this is a mating ritual, as cats in heat will show several other symptoms of their readiness to mate. These include making intense loud vocalizations and a desire to leave the house.

Spayed cats don’t go into heat, so if your cat is spayed, her position is not for mating.

It’s best to avoid touching your cat’s belly if she’s in heat. In this state, she’s very sensitive and unpredictable. Touching her belly could rile her up, causing her to bite or scratch you. Save the belly rubs for when your cat’s out of the heat and calmed down.

Do pregnant cats lie down on their backs?

When your cat is pregnant, it may or may not lie on its back—depending on how long your cat’s been pregnant. When cats have a belly full of kitties, they’re less to lie on their backs. That’s because they won’t be comfortable.

Super pregnant cats typically lay on their sides. That’s probably the comfiest position for them. Lying on their backs puts extra weight on their insides, making breathing harder.

Pregnant cats can also be protective of their unborn kitties. Since laying on their backs is a vulnerable position, they may not want to give easy access to their belly full of kitties.

Typically cats don’t like belly rubs. While there are some exceptions to the rule, hating tummy rubs is a common theme among cats.

If you’ve tried to pet a cat on its stomach, you’ve probably also felt its wrath. A cat with an exposed belly is vulnerable, so having it touched makes it feel like it needs to protect itself.

The hair on a cat’s belly is also a bit more sensitive. So when you’re scratching the cat’s belly, it can become overstimulated and want you to stop. While it may seem like your cat is asking for a belly rub, resist the urge to pet its stomach. 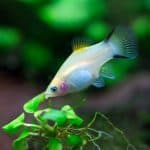 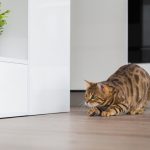 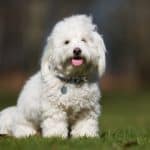