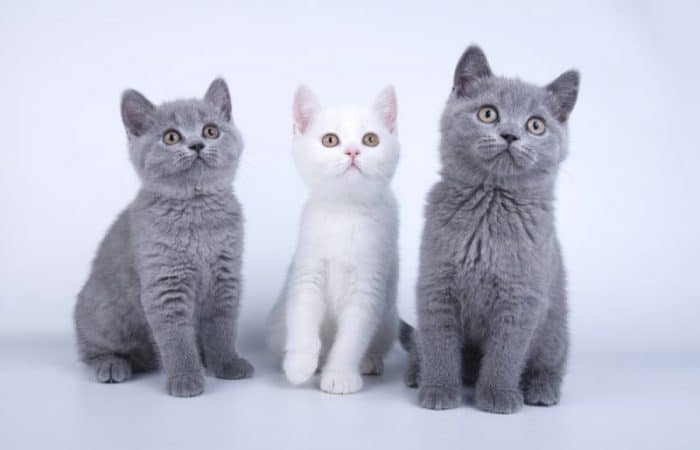 After researching, exploring and spending a pretty penny on a cat of a high-class breed, no cat owner wants to see them grow up to become feral and a nuisance in general. For this reason, it is important to get pet cats neutered after a certain age.

Similarly, Neutering is important for male and female cats of the British Shorthair species however the question is when should it be done?

There are two opinions that contradict:

The Whole Deal with Neutering

After considering both schools of thought from vets and breeders, the consensus reached is to have them neutered as they reach the age between 4-6 months.

It is after 6 months for males and after 4 and a half months for females that they start developing habits such as going through heat, avoiding human interaction and becoming aggressive.

One of the main reasons pet owners avoid early neutering and wait around 1 year is because they are afraid that their cat might have stunted growth and lose the gruff features which makes them so attractive. 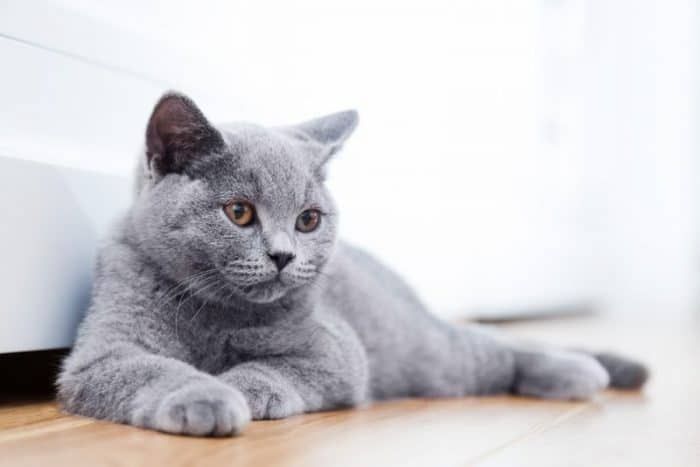 Indeed losing those jowls is something that happens if the production of testosterone (in males) in their body is stopped at whatever age so slow growth shouldn’t be a problem. They are naturally a breed that grows more slowly.

On the bright side, this brings out their well-rounded face and the blocky body more. In the case of females, having them sprayed at an early age is better since their breed can carry babies as young as 4 months and a half.

There are fewer risks involved for them as they are naturally less bulky and rounded than males.

However, having babies early saps the nutrients from their bodies and they do not grow well after that. This makes the cat weak and they have plenty of health risks as well.

Getting a male British Shorthair to undergo an operation after the age of 1 will still have the same effect but they will already have developed habits which make them unfriendly. It will be harder to break them once they are already dominant in the cat.

A lot of people simply do not get their cats neutered as they are unaware of the merits and demerits. If you wish to know more about neutering, then stick around.

How does Neutering Help?

Of course, the age at which cats should be neutered matters but what are the benefits of having your cats neutered? There is a difference between the domestic cats and wild cats which is only there because domestic cats are neutered or sprayed.

Naturally, cats are feral and harmful but after being treated, they can be kept safely in houses and they are friendly to their owners.

To domesticate an animal, neutering them is important so that they behave and are loveable. It removes their instinctive behavior which pushes them to mate, mark their territory by spraying and even get into fights with other animals.

Therefore, keep in mind that:

The only time when cats should be neutered is when you wish to breed from them or you are breeder by profession. Even then, keeping them in a safe protected environment is essential.

It is possible for them to get into fights which might give fatal injuries. It is actually approved by vets and scientist that animals which are neutered and protected live longer.

A British shorthair female is prone to danger at a very early age which is why it should be isolated if not sprayed. Even a breeder must wait till at least one year before letting the cat carry babies. 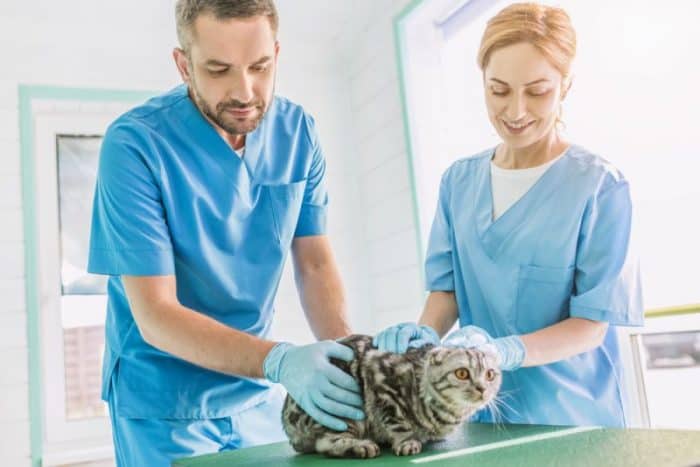 It’s best to take them to the vet early few months or so when they are grown up so that they can examine the cat and tell you if neutering would be possible.

Of course, this depends on how early you wish to neuter your pet British shorthair. It is suggested that you get them after they have gotten all their treatments completed.

This will indeed require you to trust the breeder you get the cat from. Sometimes, in order to maintain the feral beauty of a cat, they lie about having cats neutered.

Such cats are attractive and do not look as docile as the neutered ones. Make sure to visit the vet and explain this concern to them even after buying a guaranteed neutered cat.

If you think otherwise, then 4 to 6 months is the best time for treatment as before that, the kitten’s body is not mature enough to survive the operation.

Before that mark, having a kitty neutered or sprayed might give them urinary tract infections and extra slow growths given that the British shorthairs are already slow in aging.

After What Age Does it Become Difficult to Get Rid of their Behavioral Problems?

Many problem cat personalities can go away once they are treated but here’s the catch:

Issues such as being in heat and feral behavior might go away but they can still remain a bit distant from their owners and have actions like spraying.

They will become less frustrated and calmer but old habits are hard to die. For a British shorthair, that age is about 1 to 1.5 years as that is when they will become much more difficult to deal with.

Since a pet doesn’t only need to adjust to your home and that alone; it needs to adapt to the community you live in and survive with other pets if you or anyone nearby has them.

The unneutered pets can become a nuisance for your other pets and the people of your society. They might harm or attack them and even get into fights with strays.

There may be a hoax you hear about amongst a lot of cat owners who declare that after a certain age, neutering provides no benefit to the pet.

This is inaccurate as late neutering takes less of an effect but it will not be a waste of time, money and resources.

The more you wait to treat them, the more problematic they can become.

People have many other simple queries when they are looking for a cat to adopt or breed. Those questions have been asked and already answered in detail.

Is it safe to breed a cat at home?

Breeding animals is certainly a difficult and demanding job. It is advised to let professionals let take of this business as breeding improperly might lead to reproductive health problems.

This work requires a hundred percent attention since feeding, cleaning, and keeping the cats protected during this time period is important.

Raising a cat is also an expensive hobby which is why if you cannot afford to look after the children, do not breed them at your place.

Some babies, if not looked after well might die at an early age which burdens your heart, therefore, it’s best not to try when you do not have the right amount of knowledge.

Of course, if you are aware of the things you need to deal with and have vet friend who is willing to help you out, it’s okay to breed them in limited amounts at your home.

A trait that is common and persistent in every cat is that they feel the need to mark their territory and protect what’s there.

It’s a completely natural habit which is there so that in the wild they can protect their female mate and kittens. But no one would like to have such a mess created in their homes.

They stand in corners with their tails straight up and let out an oily, yellow liquid which has a very unpleasant odor and can be quite difficult to clean up.

These features are what make it difficult to clean up furniture or other places that have been marked. This marking habit is what’s known as spraying.

What is a British shorthair’s life span?

The life of your British Shorthair can stretch from a minimum of 14 years to a maximum of 20 years with proper health care, exercise and of course by neutering them.

A regular kitty can be considered a senior at an age as early as 7 years but a British Shorthair would still be in the prime of their health.

They do eventually show signs of maturing around 10 years or so. This is why for the owner, it is best to contact a vet and make suitable changes in their lifestyle.

They are bulky and sturdy so the owner does not have to worry about any in breed illnesses either. Injuries and other common diseases may persist in the species though but not to fret. None of their diseases is incurable.