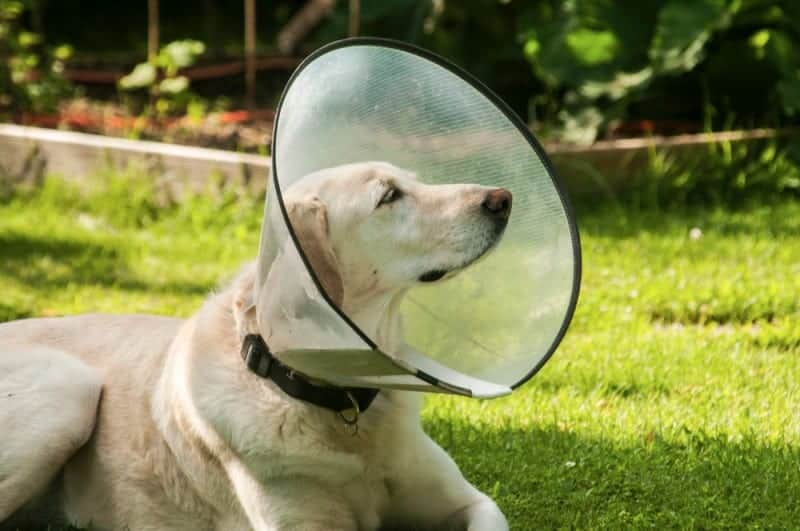 If you’re here, then you’re probably confused about when to neuter your Labrador. Don’t worry; we have all the answers for you. Keep reading to find out!

Should you neuter your lab right away or at a certain age?

Veterinarians actually recommend waiting until your Labrador is at least 2 years old or until it’s fully grown. This is because hormones are important in the development and maturation of a dog’s body. Early neutering is usually associated with many risks such as cardiac tumors, bone cancer hypothyroidism, and many behavioral issues. For female dogs, they should be spayed before their first heat cycle, which is at 6 months since the first heat cycle occurs at 7 to 12 months.

When To Neuter Your Labrador? (Video)

Taking care of your dog’s biological mechanisms is very necessary, and interfering in natural processes such as puberty can be tricky. To make sure that you’re doing the best thing for your lab, read till the end!

We’ve established that after puberty is the best time to get your dog neutered. Reproductive organs are not just important for good reproduction; they are also vital for the maturation of a dog’s body. Specific hormones from these organs are beneficial to your lab’s bones and teeth among other things. And this abrupt discontinuation of the hormones can disrupt growth.

Many studies have shown that early neutering can cause abnormal bone growth. The Journal of Pediatric Endocrinology and Metabolism released a research in 2000 that stated the following:

“At puberty, estrogen promotes skeletal maturation and the gradual, progressive closure of the epiphyseal growth plate, possibly as a consequence of both estrogen-induced vascular and osteoblastic invasion and the termination of chondrogenesis.“

Other than health concerns, early neutering can bring about behavioral problems such as noise phobia, fearful behavior, and aggression.

Enough about neutering, let’s move onto spaying, which means to remove the female dog’s reproductive organs. Neutering only refers to male dogs. As mentioned before, its best to get a female dog spayed at around the age of six months. This can actually reduce the risk of mammary breast cancer.

If you’re the owner of an intact pet, there are some precautions you should take. Since every dog is different, the effect of neutering will slightly differ in each dog too. After the age of one, most dogs are mentally and physically matured. Some breeds faster, but labs usually take around a year or so.

Apart from that, diet, exercise, emotional trauma, and other previous health complications should ALL be considered very carefully to make sure that none of it affects the neutering/spaying process. The best way to determine the right time is to contact a reputable breeder or consulting a vet.

Types of neutering for males

Now that we’re done with this timing mess, let’s move onto the types of sterilization options. It’s important to educate yourself on the types of neutering processes before diving in blindfolded.

The following are for male dogs only:

Starting off with the most common method for males; complete castration. This procedure consists of surgically removing the testicles of a dog.

As the name suggests, there is nothing surgical about this method. Zeuterin, approved by the FDA for dogs 3 to 10 months old, is injected into the dog. Doing this disrupts about 40% of the tester one production, leaving the dog sterile, but not at risk for any health issues. Although this seems like an amazing method, it’s neither available everywhere nor is it widely known.

It is common with human males, but not so much with male dogs. This surgical method is less invasive than castration. It leaves the testicles intact and only the sperm tube is disrupted. This allows the health benefits of testosterone as well as the sterilization.

On to the ladies!

If you’ve read the subheading, you probably know where this is going.

It sounds like a difficult word, but it’s actually the most common method. The only thing done is the removal of both; ovaries and uterus, thus preventing future mammary tumors and uterine infections.

It’s almost the same as Ovariohysterectomy, but only involves the removal of ovaries. There’s no particular advantage to this method over the other, but it’s just more common in Europe.

This is basically a vasectomy for female dogs, it prevents pregnancies, but the supply of sex-hormones remains constant. This would put them at risk of sex hormone-related diseases.

In this method, the ovaries are well spared. The uterus is removed, and only a part of the cervix remains. The sex hormones’ supply will be constant, but there won’t be any pregnancies or blood during a heat cycle. The only risk is that they may get mammary tumors as the ovaries are still intact.

Recovery and taking care of your pups

Whatever procedure you choose to go with, your beloved pets will definitely need some sort of aftercare, and if you’re a first-timer and absolutely clueless, we’ll help you out. These are some tips to make your job easier and make your dog more comfortable.

Will neutering a dog calm him down?

Sex hormones cause behaviors such as marking territory. But without these hormones, your dog won’t do things like that as far as the behavioral changes will go. It won’t calm him down if your dog gets excited really easily. As for female dogs, there will be no hormonal changes, and your dog will be less nervous. It also won’t attract unwanted male dogs.

Do neutered dogs get fat later on?

No! That is a myth. The loss of hormones will slow down their metabolic rate, but there won’t be any excessive weight gain as long as they enough. They may want to eat less.

How long does it take a dog to recover from neutering/spaying?

On average, it takes about 14 days for the incision to heal completely. But you should restrain their physical activity for at least a month afterward.

Will my dog feel pain during the surgery?

During surgery, your dog will be fully anesthetized, so they will not feel pain. There may be some pain after the surgery, but your vet will provide the appropriate medication. Overall, it will be a painless experience for your dog, only uncomfortable at most.

Your dog goes through a lot of stress during this process, which can make you scared and confused. Don’t worry, your dog should be back to normal very soon. All you need is some patience.