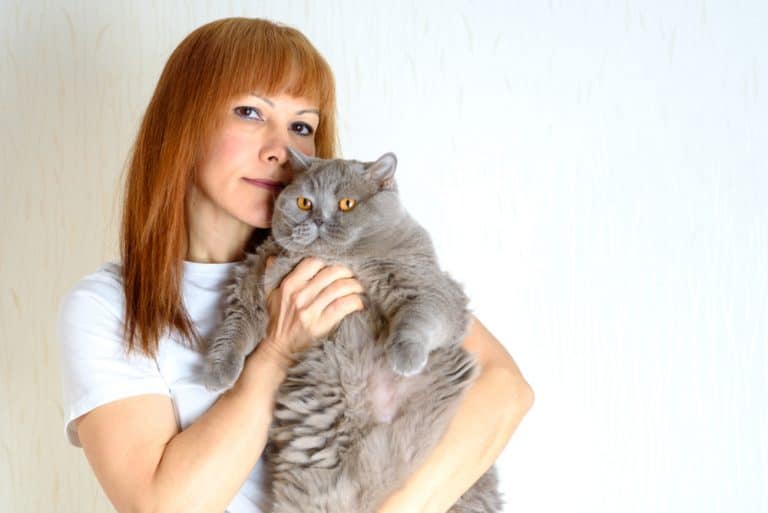 Let’s dig deeper into the British Shorthair’s temperament and see what really drives its personality.

British Shorthairs seem to be the ideal cuddle buddies:

They are short and fluffy; they are round and cute; they are incredibly affectionate.

They hate being picked up!

British Shorthairs do not have any proximity issues. Your British Shorthair will stay at your heels the whole day, they love playing with you, they get along with each and every family member, and they love spending time with them. But they are not lap cats. They are affectionate, but they don’t like the usual, physical ways of expressing affection.  They have this streak of independence; they are not the type of pet that craves attention and physical affection. Picking it up or hugging it will not only cause discomfort to your British Shorthair but also might hurt your feelings as a pet owner.

You will have to find a midway.

The solution is easy:

There is a meager number of British Shorthair cats that might be an exception to this strict no-picking-up,  no-hugging rule. Such exceptions do exist but are quite rare. Typically, your British Shorthair will shy away from physical contact. It might let you cuddle with it, but it certainly hates being picked up.

Here is what happens when you pick your British Shorthair up:

It will do stiff, unlike other cats who curl up and start purring, your British Shorthair will start squirming and will try to leap off of your arms.

Even though this breed is famous for holding its composure and being extremely tolerant, it will start hating you low-key if you force it to snuggle with you.

British Shorthairs are very affectionate cats, and they will shower you with love in their own subtle way. Forcing them to do things that they hate doing will only create ridges between you and your beloved pet.

British Shorthairs aren’t indifferent to their owners or their affection. Quite the opposite actually. They simply adore their family, their owner, and their home. The only difference is that they have a different way of showing and accepting love, and as cat owners, we should respect that!

Your British Shorthair will form a very strong bond with you right from the start. It will be there for you and with you at all times, trotting with you at your heels, curling up right next to you when you are tired and simply laying down in your favorite spot and playing with you during playtime!

This cat will not jump into your lap when you come home, but it sure will be there, waiting right by the door, to greet you in an affectionate way.

You can show your love to your cat in the following ways without offending it:

Training Your British Shorthair To Be Affectionate

There is a simple answer to this seemingly innocent question, no, you can not! Pets always reflect their owners. If you want a cat that is affectionate, likes being hugged, and picked up, enjoys cuddles, you must pick a lap cat, a different breed that is compatible with you.

If you have multiple cats, you will see that British Shorthairs really compliment lap cats. They get along with them really well, owing to their friendly and patient nature. The constant attention-seeking nature of different cat breeds can be satisfied by introducing them to a British Shorthair friend. One will patiently endure and shower affection, be a constant source of emotional support while the other will make sure that the lazy British Shorthair gets enough exercise.

Picking Up Your British Shorthair

If it wriggles or scratches you, let it go.

Don’t be harsh with your British Shorthair because your misconduct can alienate your cat from you. In times of dire need, you can just scoop your cat up even if it doesn’t want to. It’s okay, British Shorthairs are known to have big hearts – your cat will forgive its human.

How long do British Shorthairs live?

British Shorthairs have a very polished temperament. They are patient and tolerant, independent and reserved, extremely loving and caring for their family and above all their wit! British Shorthairs really enjoy interactive games and hunting games to satisfy their mental needs.

How do I know if I have a British Shorthair?

They have a blue-gray coat color with complimentary blue-gray eye color. British Shorthairs are also called British Blues due to their unique coat color. You can easily spot a British Shorthair at any pet shop owing to their striking appearance. You can also take your pet for a DNA test to the nearest pet to find out its breed.

British Shorthairs are very headstrong and independent cats. They don’t need their human to pet them or look after them the whole day. They can take care of themselves, even entertain themselves on their own. They can easily (and gracefully) handle short periods of loneliness. You can leave your cat alone at the house for a period of 5 days, and it won’t mind at all. However, for longer periods of time, you can’t leave a British Shorthair alone because there is a high chance that it will get depressed. 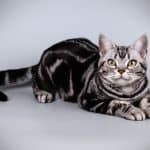 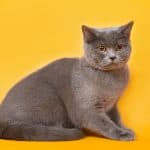 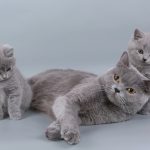 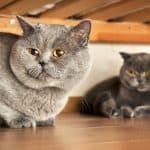