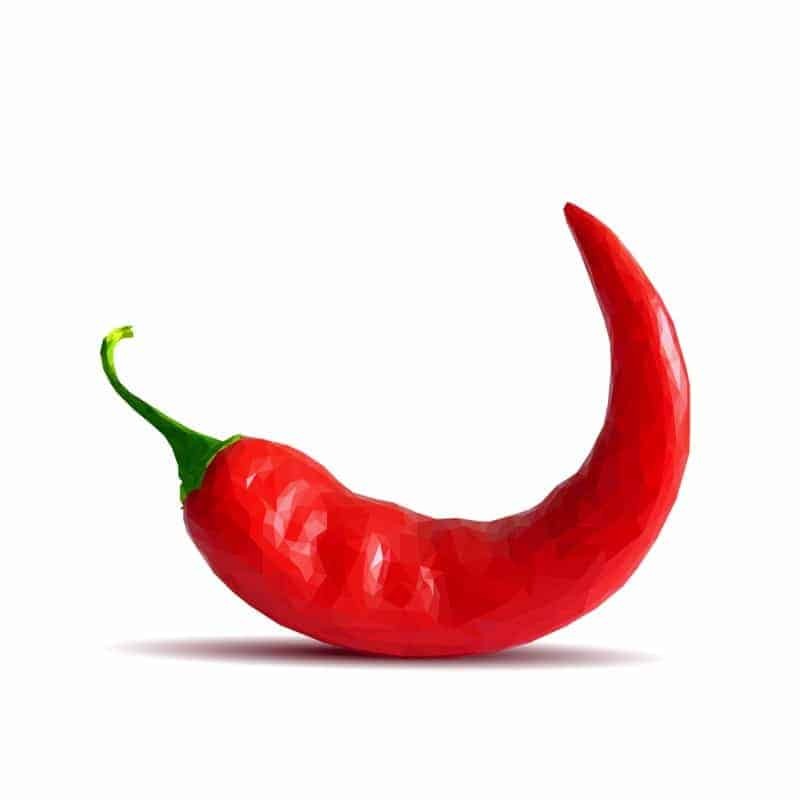 Dogs are our babies. We cannot imagine anything happening to them. But, just like babies, they go out and do something that they weren’t supposed to, leaving us concerned and panicked.

For example, your dog ate chili peppers. Should you be concerned? Although chili peppers are not toxic to dogs, they are not beneficial either. Furthermore, eating chili peppers, or anything “hot” for that matter, can be an uncomfortable experience. So, it’s best to be avoided.

What do chili peppers do to dogs? What other foods should never be fed to dogs? If you have similar queries, I suggest you to read further so that the next time your dog does something that it shouldn’t have, you are prepared.

To get a better understanding of the issue at hand, let us step back and ask more fundamental questions, such as:

Do dogs feel the heat from chili peppers?

Dogs are known to have fewer taste buds than humans. This has led many to believe that dogs do not feel the heat from chili peppers.

However, the truth of the matter is that dogs do feel the heat caused by chili peppers. In fact, they might even feel it more intensely than humans.

Consequently, by eating even mildly spicy foods, dogs can experience a great deal of pain. Therefore, it is best to avoid feeding anything spicy to your dog to avoid discomfort or other extreme symptoms.

What happens when a dog eats a chili pepper?

The heat caused by chili peppers and other hot foods is caused by a substance called Capsaicin. While the sensation of heat caused by Capsaicin feels different to different individuals, we have already established that it is on the extreme end of the spectrum for our four-legged pals.

So, when a dog ingests a chili pepper, it’s nervous systems sends a reaction to its mouth. This reaction is what causes the feeling of heat and discomfort in the mouth and throat of the dog.

Similar to humans, dogs too have different tendencies towards spice. For example, as a general rule, larger dogs have been seen to handle spicy foods better than their smaller counterparts.

If your dog ate chili, you need to monitor it for some time to see any odd symptoms.

Because of the heat, your dog might cough, drool, or even foam at the mouth. Its eyes might start watering or he might start pawing at its face to rid it of the pain it is feeling.

Your dog might even start gaging, but none of this is a cause of concern.

Spicy foods can also disturb the stomach resulting in diarrhea.

If your dog ate anything spicy, say a chili pepper. You don’t need to panic.

Give your dog some milk to lick so that some of its pain may be relieved. If you see its eyes watering, wipe its face with cold water. Also, wipe down its paws so that even if it paws its face, the burning sensation does not transfer.

After the initial remedy, observe your dog for a while.

If any of the symptoms mentioned earlier persist, you may need to visit the vet.

But, how can you be sure?

The truth is, you know your dog better than anyone else. So, if you realize your dog is not behaving like its usual self, like being disinterested in activities it used to enjoy, there is something wrong. The best course of action is to take it to the vet for an examination.

However, after initial distress, your dog seems to be fine. There shouldn’t be a need for concern.

Regardless of the symptoms, it is best to keep your vet aware of the situation. The more descriptive you are the better. That way, your vet will be able to give you actionable advice depending upon your dog’s breed, size, history, etc.

Dogs are naughty. they tend to do things that they shouldn’t. So, if your dog has a thing for the chilis, make sure it does not have access to them.

Even if your dog is fine with eating chilis, you should not let it eat them. Because chilis can disturb your dog’s digestion and can lead to other problems. Moreover, there are no nutritional benefits of chilis for dogs. Therefore, abstinence is best.

Here are some of the things you can do to make sure your pup has no access to chilis, especially when you are not around:

People usually keep pepper lying around in the kitchen, unsupervised. For dog owners, keeping peppers in a refrigerator is a better option. This would keep them away from the paws of dogs as most dogs cannot open refrigerators.

After cooking, it is normal that a chili pepper or two falls on the kitchen ground without anyone noticing. This can be dangerous because your dog might eat it, being the adventurer it is.

The best way to avoid such a scenario is to clean after yourself. This is also true for other things such as kitchen utensils such as knives or electrical equipment that can be dangerous.

If you have a garden with chili plants, construct a fence around it so that your dog does not have access to it.

Housebreaking is a must for all dogs. And while housebreaking, you should also teach your dog about certain areas of the house that are prohibited, such as the kitchen.

Another great idea is to teach your dog the “Leave it!” command. So, if you find your dog picking up chili or anything else that it shouldn’t, command it to leave it immediately.

Disulfides and thiosulphates are two compounds present in onions that are toxic to dogs. If your dog eats enough amount of onions, it can cause damage to the red blood cells. In extreme cases, onions can also cause Heinz body anemia, Methemoglobinemia, and Hemolytic anemia.

However, when it comes to onions or other toxic human foods, the size of the dog matters a lot. To get a sense, a huge number of human recipes contain onions. And dog owners feed a lot of them to their dogs without facing any adverse consequences.

So, eating a little onion, might not be a reason to panic after all.

Can I give my dog Cayenne pepper?

Experts have found cayenne pepper to be toxic to dogs. Nevertheless, others argue that if given in moderate amounts, cayenne pepper does not pose any danger. In fact, they argue, it can provide certain benefits.

Cayenne pepper is certainly harmful to dogs and should be avoided at all costs. Whether your dog ingests it or comes in contact with it, it can cause burning sensations in the mouth or skin.

Moreover, cayenne pepper is also found to be abundant in certain human foods such as buffalo wings. Therefore, avoid giving your dog such foods as well.

Why shouldn’t I give my dog chocolate?

However, the damage caused by chocolate depends upon the kind of chocolate, the size of the dog, and the amount of chocolate eaten.

For example, if you give your dog milked chocolate, it might not be as dangerous as giving it dark chocolate. But, you should not give white chocolate to your dog.

What to do if my dog eats a lot of chocolate?

If your dog ate large quantities of chocolate, you should try to induce vomit within two hours of ingestion to rid your dog of the poison.

After that, take your dog to the nearest vet immediately. And tell him exactly what kind of chocolate and how much of it did your dog eat.

3 thoughts on “Dog ate chili pepper. What to do? Will he be Okay?”