Being a pet parent is a great responsibility. You must be mindful of your pet’s health because they can’t tell you when they feel unwell. Finding mucus in your dog’s urine can be worrisome because you don’t know what it means.

The mucus may be a symptom of an infection, or it could just be that your female dog is in heat.

A healthy dog’s urine is clear or slightly yellow with no trace of mucus, pus, or blood. If you notice anything unusual about your dog’s urine, you should not dismiss it. Consult your veterinarian as soon as possible.

Keep reading to learn more about why your dog could have mucus in its urine.

A dog’s urinary system is very similar to a human’s. The kidney creates urine, which flows to the bladder through two tubes called ureters. The bladder is an organ at the back of the abdomen that holds urine and expands as it fills up. The urine leaves the body through the urethra. The urethra is present above the vagina in female dogs and within the penis in male dogs.

Due to their anatomy, female dogs have a higher risk of developing Urinary Tract Infections (UTIs). Since the urethra is close to the vaginal and rectal areas which contain a host of bacteria, the bacteria can travel into the urinary tract and cause infections.

Mucus is a slimy, gelatinous fluid that the body produces to moisturize, protect, or clean certain body parts. Organs such as the nose, lungs, and stomach have a layer of membranes that produce mucus. It protects the body from foreign objects such as dust, debris, or harmful substances. When you breathe, allergens and dust stick to the mucus, and the body expels them by coughing or sneezing.

Mucus in your dog’s urine can mean many things. Let’s explore some of them here.

Causes of Mucus in Dog Urine

If you notice mucus in your dog’s urine, it could indicate the following:

Other bladder infection symptoms include difficulty urinating, whimpering while urinating, straining, cloudy urine, incontinence, and increased thirst. If the infection is severe, it can also cause fever and lethargy. If you notice any of these symptoms, along with mucus in urine, consult your veterinarian as soon as possible. Mild bladder infections may clear up themselves at home. However, treatment for a severe infection involves antibiotics and anti-inflammatory medication, which require a visit to the vet.

Although the kidneys and bladder are connected, bladder stones are not similar to kidney stones. Recent studies show that diets that cause highly acidic urine can put dogs at risk for developing bladder stones. Chemicals such as calcium, citrates, and oxalates in the urine can also cause bladder stones.

The symptoms of bladder stones are similar to bladder infections but can also cause bloody urine. The stones can cause internal bleeding by harming the lining of the bladder. Larger stones can even obstruct urine, causing the bladder to rupture.

The symptoms of a UTI are very similar to a bladder infection, so consult your veterinarian to confirm whether it is a UTI or a bladder infection. Dogs with health issues such as diabetes, kidney disease, and Cushing’s disease have a higher risk of developing UTIs. Unlike humans, a dog suffering from a UTI sometimes might show no symptoms. It is important to visit your veterinarian to detect such illnesses early.

Vaginitis is the inflammation of the vagina in female dogs. It has many causes, including infections or injury. Some dogs also develop vaginitis, which resolves after their first heat cycle. However, vaginitis can occur at any age in spayed or unspayed dogs. The common symptoms of vaginitis include inflammation in the vaginal area, discharge such as mucus, and licking of the vaginal area. To diagnose vaginitis in your dog, your veterinarian will run tests and evaluate symptoms and medical history.

Usually, vaginitis is easy to treat, and most dogs recover fully in two to three weeks. Treatment options vary based on the cause of the inflammation. Antibiotics and daily vaginal douching are enough to treat the condition in most dogs. Spaying can reduce the risk of vaginitis if your dog is an adult. In some cases, treatment may involve surgery.

Pyometra is a condition that occurs in unspayed female dogs causing the uterus to become infected, which also causes mucus in the urine. Pyometra is a life-threatening condition commonly occurring after a heat cycle in older, unspayed dogs. During heat cycles, the uterine lining thickens. This process is similar to the thickening of the uterine lining in humans during the menstrual cycle. As the lining thickens, it becomes difficult for the uterus to contract and push out fluids. Female dogs who undergo frequent heat cycles can develop an infection in the uterus.

The symptoms of Pyometra vary based on whether the cervix (the tube that leads from the uterus to the vagina) is open or closed. If it is open, you will notice a foul-smelling mucus-like discharge. If not, the infection can build within the body and infect surrounding organs. When left untreated, Pyometra can lead to death.

Dogs suffering from a yeast infection in the lower urinary tract can show symptoms such as mucus in urine, lethargy, nausea, difficulty, pain when urinating, and incontinence. Since the symptoms are similar to a bacterial infection, your veterinarian can determine the cause using tests such as urinalysis. Treatment involves antifungal medication and probiotic supplements.

If you want to be sure, monitor your dog for other signs of a urinary or bladder infection. Dogs at the end of their heat cycle generally produce some vaginal discharge. If the discharge is clear or mucus-like, there is no cause to worry. However, contact your veterinarian immediately if you notice bloody discharge or pus.

The sudden appearance of discharge when your dog is not in heat could also be problematic. In any case, your veterinarian can provide a definitive diagnosis.

Like humans, dogs can develop Sexually Transmitted Diseases (STDs) such as Herpes and Brucellosis. Breeding populations are susceptible to developing STDs, but these are rare in dogs. You can consider that your pet may have an STD if they have recently mated and symptoms arose after the event. Additionally, bladder and urinary infections can present similar symptoms, so you should visit your veterinarian for a confirmed diagnosis. Dogs with STDs can experience inflammation in the genital area, which can be very painful.

Most canine STDs are readily treated using antibiotics but require prompt treatment. If left untreated, the disease poses many risks to your pet’s general health. The infection can spread to other parts of the body without treatment.

The three most common STDs that affect dogs include:

These diseases are rare in spayed and neutered dogs. They generally affect breeding populations and unspayed dogs mating with stray, wild, or feral dogs.

Finding mucus in your dog’s urine is never a good sign and you should take your pet to the veterinarian as soon as possible. Some conditions can also be life-threatening if left untreated. The best course of action is prompt diagnosis and treatment. If your dog is not spayed or neutered, you should consider having them spayed or neutered. A major cause of mucoid discharge in your pet’s urine is issues related to the reproductive system.

If your dog has successfully recovered from a bacterial or fungal infection of the bladder or urinary tract, you should take some preventive measures for the future. Ensuring your pet stays hydrated and feeding them a diet with probiotics can prevent infections in the future. A healthy and balanced diet with the right amount of minerals can prevent bladder stones in the future. 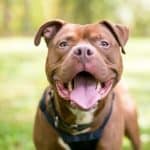 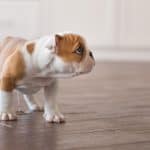 Why does my dog lick its pee?