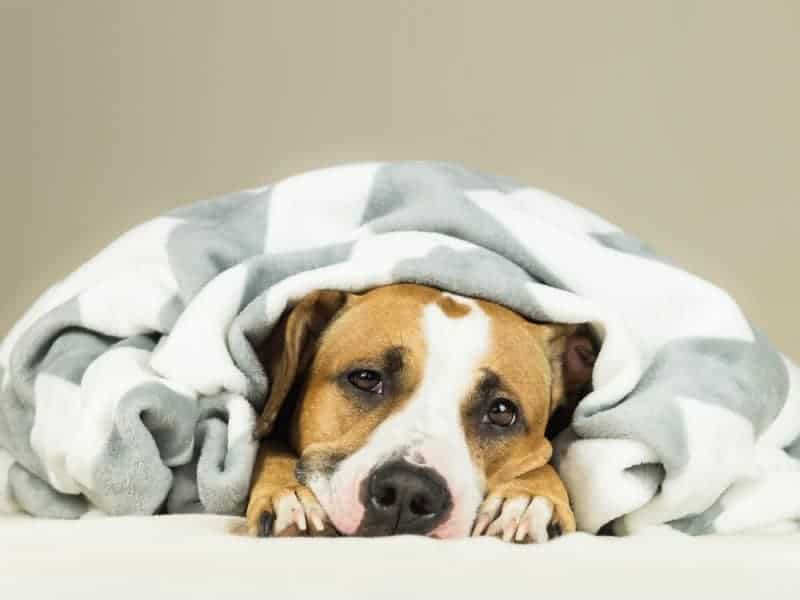 Bird poop is everywhere. On the sidewalk, in the park, and also in our backyards! It’s not a rare happening that a dog will stumble upon bird poo and taste it, out of curiosity.

Now that your dog did eat bird poop one way or another, you might be wondering if it is poisonous. There is no simple way to answer this question. In some cases, dogs can get affected by bird poo whereas other times, it is completely harmless. In a few cases, just inhaling the bird poo can also trigger harmful effects. On the contrary, sometimes even eating it will pose no threat.

What are the chances that there will be a side effect? More importantly, how will you figure out if there is a problem and what should you do next? This article will answer all your queries and more!

Side Effects of Eating Bird Poop 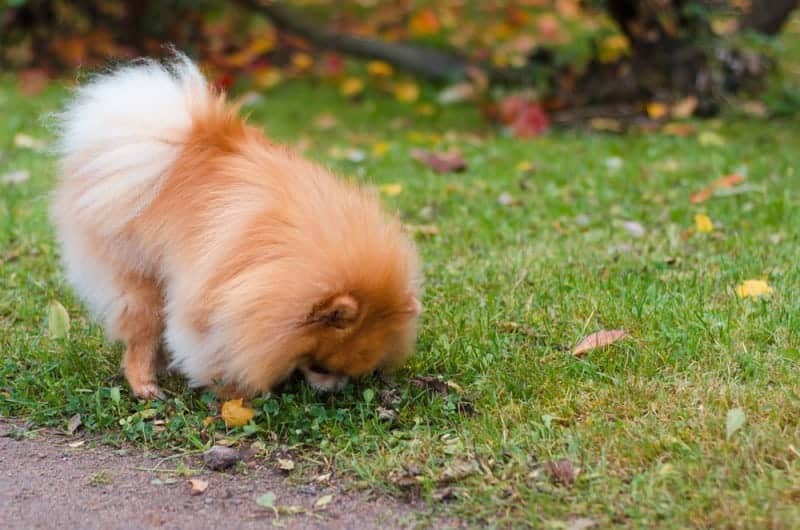 The effects of eating bird poop are mainly dependant on which bird’s poop it was. If it is a house bird, there is no risk at all. Pet birds are usually vaccinated, free of infections, and rather healthy. Therefore, their poop is free of viruses.

If the bird droppings were outside your home, there is a possibility of minor to major health problems. Basically, the problem arises when the bird itself was infected or sick. Such birds’ poo is also a source of transferring bacteria. In case the droppings did come from an infected bird, your dog could get affected by salmonella, giardia, histoplasmosis, and coccidia.

These problems may not arise instantly. Similarly, vomiting, diarrhea, and lethargy are also possible side effects. Once again, these issues can show up within a week of ingestion or inhalation.

The good thing is:

Most healthy dogs have a strong immune system. They are able to fight back the bacteria. However, in the case of puppies or weak dogs, the infection may win against the dog.

Another good news is that there are very limited side effects of eating bird poop. The shorter list means that each problem can be identified easily and consequently, it can be treated accordingly. Your dog can only be affected if the bird’s virus is relevant to dogs too. This means that certain viruses and bacteria can only thrive in certain animals. Infections like the West Nile Virus that have attacked the bird have no consequences on dogs.

Why Do Dogs Eat Poop? (Video)

The most important aspect of this entire scenario is to be aware of the symptoms. Since bird poop doesn’t always make dogs sick, most owners tend to ignore it. Moreover, the symptoms don’t usually become visible instantly. As previously mentioned, you have to stay cautious for at least 7 days. Look out for these symptoms and red flags so that you can get your dog treated as soon as possible.

Histoplasmosis is the most dangerous infection out of all possibilities. This medical condition will make your dog lethargic. The color of the dog’s eyes and gums will appear different. Also, a swollen or enlarged liver can be noticed. The most common symptoms are cough and breathlessness but since they aren’t very unusual signs, pet parents sometimes dismiss them without notice.

As for coccidia, the symptoms include diarrhea, vomiting, and general pain in the abdominal area. The signs aren’t obvious which is why it is hard to figure out if the dog is suffering from coccidia. If you know that the dog ate bird poop and then you notice vomiting and diarrhea, schedule diagnostic tests immediately.

In the case of giardia and salmonella, the symptoms are pretty similar. Fatigue, nausea, cramps, loss of appetite, gas, and bloody stools are all red flags.

Any changes in the dog’s energy or behavior should be noted. No matter how small the change seems, move onto the steps of treatment instantaneously. The dog may not have been infected with one of these illnesses, but there is still a chance of sickness.

What to do if Your Dog Ate Bird Poop 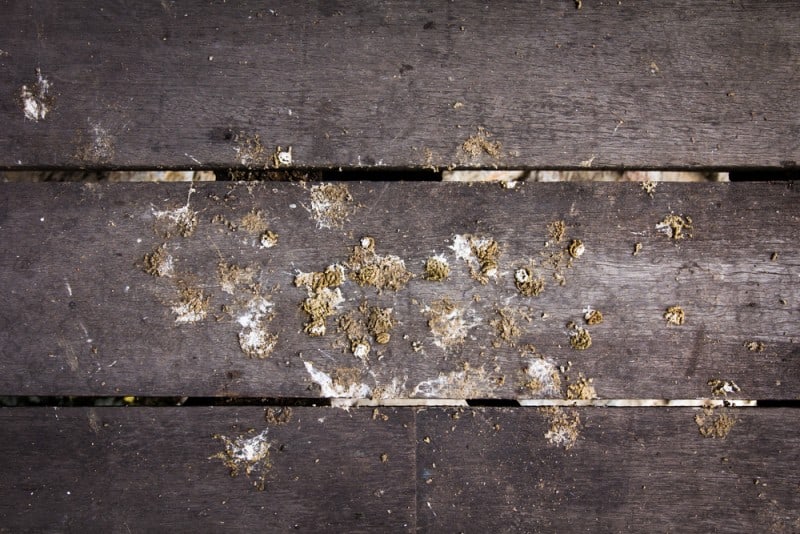 Now that your dog has eaten bird droppings and you’re also noticing the aforementioned symptoms, you’ll probably be in panic-mode. If this happens, here’s what to do:

Of course, the first step is to schedule a visit with your vet. If that’s not possible, head to any nearby, trustworthy vet clinic. The professional will conduct relevant tests to diagnose the problem. Your dog will probably have to take doses of antibiotics to fight against the bacteria.

Other than what the vet does, you can also help the situation. A probiotic supplement diet is recommended. It will boost your dog’s immune system so that it can fight against any possible bacteria. Moreover, put in more effort to make your dog’s diet well-balanced in terms of nutritional value. Keep the dog hydrated. The most common symptoms are vomiting and diarrhea, both of which can dehydrate your dog. Therefore, the regulated water intake is important.

Do not self-medicate. Stay away from DIY remedies and over-the-counter medicines. You should only opt for medicines if the vet recommends them based on the test results.

How to Stop Your Dog from Eating Bird Droppings

For whatever reason, dogs love doing gross things. They’ll eat anything out of curiosity. In order to discipline your dog against eating bird droppings, you’ll have to go through some tough training.

There isn’t really a justifiable reason behind dogs’ interest in poop. Sometimes it is stress, other times it is boredom, but mostly it is just their curious nature. Basically, you cannot eliminate the problem by eliminating the cause in this case.

All that you can do is train your dog to be extremely obedient. Then, keep the dog under supervision in places where it may find bird poo. Whenever you think the dog is about to inhale or ingest bird droppings or any other harmful thing, order the dog to move back, sit, stop or something else.

Keep your dog on the leash when you’re visiting risky areas. In fact, use the leash even if the place isn’t risky. Because the truth is, bird poo is everywhere, even in spots where you wouldn’t have imagined! Preferably use a short leash so that you can keep an eye on what your dog is grazing. 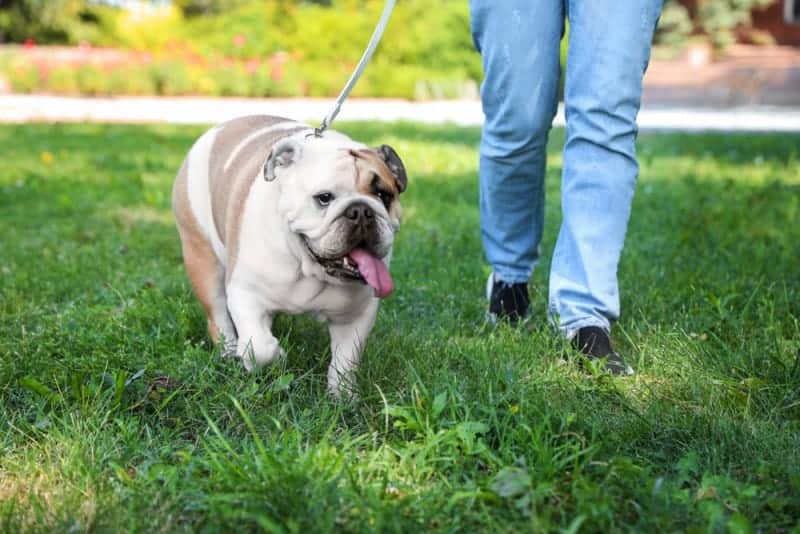 To further minimize the chance of your dog’s interaction with bird poop, you can take these preventative measures. If you have a house bird, preferably keep it in a place that your dog cannot reach. If you cannot do that, use a cage skirt. Use an extra layer under the cage that will catch all the droppings. The lesser the bird poop falls on the floor, the lower the risk of your dog eating it.

Whether the poop is coming from your pet bird or from outside, keep the floors clean. Wherever your dog can roam, you should wipe clean regularly. The porch and balcony are the places with most bird poo. Don’t just sweep them, but also disinfect these places once every few weeks.

You should also stop attracting wild birds to your home. Bird feeders and birdbaths are a definite no. But, if you still want them in your garden, then don’t allow your dog to go in that area. Plus, don’t take your dog to places where you know there are a lot of birds. Lakes, farms, and parks are all risky areas. For when your dog visits such locations, be near the dog at all times to be able to command it against eating bird poop.

What to do if a dog eats a bird?

It is best to keep your dog as far away from birds as possible. Usually, a dog is only able to eat a bird when it’s already dead. They do not have the ability to hunt a healthy, flying bird. In such a case, there is a risk of Salmonella infection. Diarrhea is also likely. Although it isn’t fatal, you should refer to a vet.

Can dogs get giardia from bird poop?

Yes, there is a possibility that this might happen. In case the bird was infected with giardia too, its poop will be a source of transfer. The infection can transfer through ingestion as well as with contact. Sometimes, just the inhalation can already put your dog at risk.

Can dogs get sick from eating dead animals?

Quite a few problems are attached to the eating of dead animals. Dogs can develop a sickness called Botulism if they eat raw meat or dead animals. In case the dead animal’s meat was infected, there is an even bigger risk. Viruses and bacteria transfer to your dog’s system and symptoms start showing up within a week.

Why is my dog eating poop all of a sudden?

Contents show
Side Effects of Eating Bird Poop
Why Do Dogs Eat Poop? (Video)
Symptoms and Red Flags
What to do if Your Dog Ate Bird Poop
How to Stop Your Dog from Eating Bird Droppings
Preventative Steps
Related Questions