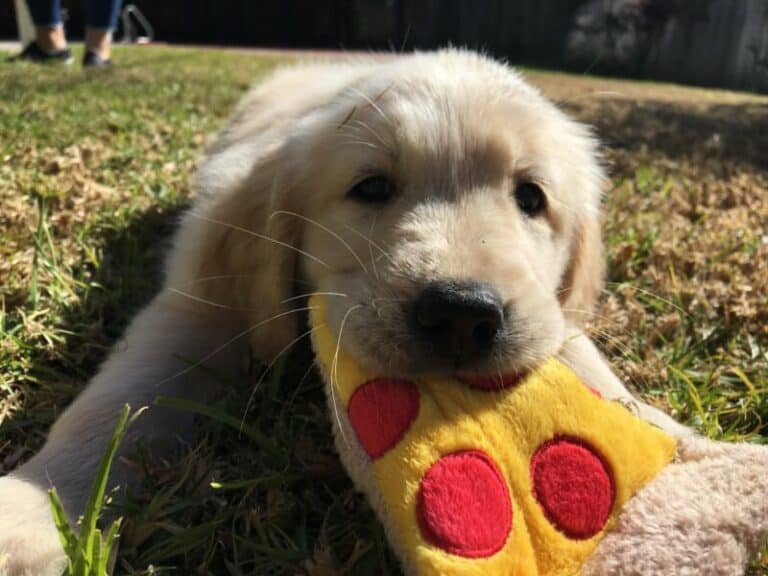 Most dogs are capable of eating a lot of different things, but sometimes your canine pal might come across some foods that are harmful to them. Common fruits and vegetables that humans consume on a daily basis contain certain chemicals that dogs have a tough time digesting.

For example, tomatoes are a sweet nutritious treat that we humans pair with all kinds of cuisine but their leaves, tubers, and fruit have Tomatine. It’s not that poisonous to dogs but eating too many tomatoes might make your dog sick. And you wouldn’t want them to suffer, would you? The same goes for many processed foods we consume, such as frozen pizza.

What is Frozen Pizza?

Frozen pizza was all the craze in the United States back in the 1990s, even though it made its debut back in the early 50’s. Flash-freezing food made it convenient for homeowners to snack away without having to wait for a restaurant to deliver.

The idea was simple and using your average oven or microwave to cook these pizzas made this food fairly popular. It was convenient and effective at saving time. Unfortunately, this laidback attitude towards cooking your own food led to a trend of negligent pet owners feeding their four-legged friends unhealthy amounts of frozen pizza.

Ingredients for an Average Frozen Pizza

Your average store-bought frozen pizza consists of the same usual ingredients that humans consume on a daily basis, but some of them can be harmful to your dog. These include:

While flour is Relatively safe for a pet, it can cause an allergic reaction if your pet just so happens to be allergic to it. It can cause problems with digestion and bloating. Wheat-flour is somewhat beneficial to some dogs, but only if consumed in moderation.

Some harmful preservatives commonly found in from frozen pizza include:

Both of these additives are pretty harmless to your pets when consumed in trace amounts but an unregulated dose might end up making your canine very sick, very fast.

It’s hard for any modern person to stay away from this ingredient as it’s something you find in almost any consumable product on the market. You can even find dextrose in trace amounts in the medicine your vet prescribes. It’s dangerous if your pet consumes a large amount, as it can lead to complications like bloating, weight gain, and indigestion issues.

Sodium Nitrate is an additive that has been linked to cancer in animals and can induce a blood disorder if ingested in large quantities, known as methemoglobin production.

BHA is another harmful ingredient that pet-owners should consider avoiding at all costs. It’s a vital part of what makes up your average slice of store-bought frozen pizza. It’s FDA-approved, but several vets claim that it is carcinogenic for dogs. Some states like Florida have even classified this additive as a chemical known to cause cancer.

Sugar is a killer that is addictive and dangerous for both humans and animals. It is present in many store-bought food items, especially frozen pizza. Be careful about the amount of sugar you feed your dog. Sugar is also present in the form of carbohydrates, which are not healthy for your dog in large amounts. Modern dogs that feed on carbohydrate-rich diets suffer from a variety of health problems, such as diabetes, obesity, and pancreatitis.

Should You be Worried?

Yes, you should be worried about your pet eating frozen pizza. You need to make sure they haven’t ingested enough to make them sick. It should be fine if it was just one slice, but if you suspect they’ve eaten too much, you should consult a vet immediately.

Your canine friend might end up dealing with stomach pain and digestion issues. Keep an eye out for any signs indicating sickness and take them to the vet immediately. If your dog has only eaten a little, it is unlikely he will get very sick. You can treat a mildly upset stomach with medication and bland food, such as boiled chicken.

In case your pet has eaten a large amount of frozen pizza, they could get very sick. You should contact your vet immediately and take your pet to the hospital if/when they show symptoms. Diarrhea, stomach pain, bloating, and vomiting are concerning signs that require immediate medical attention.

Prevention Is Better Than Cure

Be careful of the areas your dog has access to. The cupboards, fridge, and garbage all include food or other items that are not safe for your dog to eat. Ensure that there is no way for them to access these areas.

Try to keep your pets out of the kitchen and make sure they stay away from food that you’re eating. Feed them at the appropriate time and make sure you know what they’re eating.

Recovering from something like eating a slice of frozen pizza is not a daunting task but if your pet ate a bit too much, it might take them a good while to recuperate. Consult your veterinarian about the best course of action. If your dog gets very sick, they might need to stay in the hospital until they recover.

If your dog is only somewhat sick, it’s possible he might not even need medication. You can feed them a bland diet and probiotic-rich foods, such as yogurt, for a speedy recovery.

In case your dog loves frozen pizza and is always looking for an opportunity to eat it, you can make them a dog-friendly pizza following this recipe. 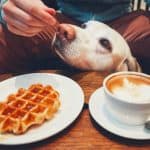 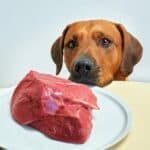 My Dog Ate Raw Frozen Meat – Should I Be Worried? 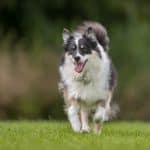 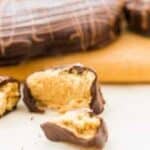