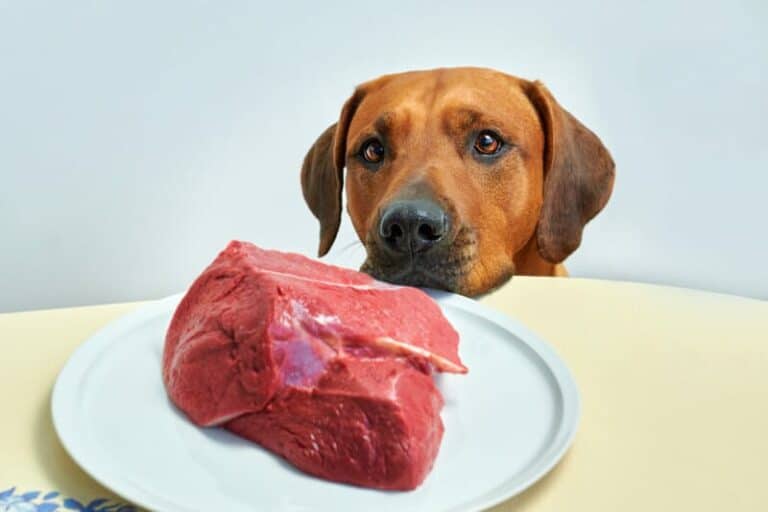 Imagine you are in the kitchen, defreezing some meat for dinner. You turn your back to reach for the fridge and the next thing you know, the tray of meat is on the floor and your dog is eating the raw frozen meat.

You are probably concerned about your dog and unsure of what will happen to them. If you’re ever in this situation, restrain your dog by holding them from their harness or collar and carefully remove any meat from their mouth. If you find that your dog ate raw frozen meat, read on to learn why raw frozen meat – let alone just raw meat – isn’t safe for dogs.

Raw meat contains certain kinds of bacteria that can lead to gastrointestinal salmonella infections and campylobacteriosis in both humans and dogs. In fact, researchers at the University of Georgia have found that up to 20% of chicks produced may test positive for salmonella. Moreover, raw frozen meat could also be tough to chew on and potentially damage a dog’s teeth or weaken them.

While dogs are naturally carnivores and may tolerate raw meat better than humans do, there’s still a risk. A dog that has never eaten raw meat is much less likely to tolerate a significant amount of it. Many dog breeds, like the Pitbull and Chihuahua, also have sensitive stomachs and may be unable to digest raw meat without getting sick.

How This Affects The Humans In The House

Dogs that consume raw meat also shed dangerous bacteria in their stool. These bacteria are a risk for human household members, especially the young, the elderly and the immuno-compromised.

According to the American Kennel Club (AKC),  raw diets are not appropriate for dogs who share their homes with young children or people with compromised immune systems. Meticulous care is required in the handling, preparation, and sanitation of raw food. Dogs with pancreatitis, cancer, or other diseases may require cooked food. Furthermore, the AKC also advises that puppies are better off having cooked food.

The American Veterinary Medical Association also discourages “the feeding to cats and dogs of any animal-source protein that has not first been subjected to a process to eliminate pathogens, because of the risk of illness to cats and dogs, as well as humans.”

The answer depends on how much raw meat your fluffy friend has eaten. A few licks are enough to pass on unwanted bacteria, but might not make most dogs sick. If your pet has eaten a large amount of raw frozen meat including bones, this is a big cause for concern. While raw bones tend to be easier to digest than cooked ones, a small dog can still suffer mechanical trauma to their digestive tract, even potentially experiencing a complete bowel obstruction. Additionally, large quantities of fat may lead to the same issue that occurs when dogs eat gobs of fatty turkey during Thanksgiving – pancreatitis.

What Happens If Your Dog Eats Raw Frozen Meat

A few side effects associated with eating eating raw frozen meat are as follows:

Diarrhea: Diarrhea is the most common sign after consuming raw meat. Soft stools are to be expected but unending watery stools are a serious cause for concern.

Vomiting or regurgitation: The dog’s body may attempt to get rid of the material through vomiting shortly after ingestion.

Dehydration: Electrolyte loss and dehydration may prove to be an issue if the vomiting and diarrhea are extensive or persistent for a prolonged period of time, especially for smaller dogs.

Fever, loss of appetite and lethargy: These signs become more of an issue if salmonella or campylobacter is involved. If your dog has an infection or the bones have injured his digestive tract, these symptoms can occur within a few hours of ingestion.

In most situations where the ingestion of raw frozen meat is small-volume, your vet will recommend that you watch your dog carefully over the following week for signs of vomiting or diarrhea. If these arise, or if your dog ate a large amount, you should definitely visit the vet. In case these symptoms are persistent for over a week, your pet might need thorough medical care and attention.

Most dogs who eat raw frozen meat recover without any or few complications. Most pets recover relatively quickly at home once medications and fluids are administered.

To prevent this from occurring again, you should never leave your dog unsupervised around raw frozen meat. If your dog had access to it through the freezer or garbage disposal, you should secure those areas. Some dogs are especially clever and mischievous, so keep certain ingredients out of their reach while cooking in the kitchen.

You should also consider training your dog to prevent such accidents. If your pet jumps up on the table or kitchen counter while you are preparing food, set boundaries. Keep certain areas in the house off-limits and discourage behaviors that can put your pet at risk. Our pets aren’t aware of what’s best for them, so it is our responsibility to ensure their safety. 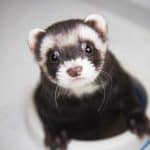 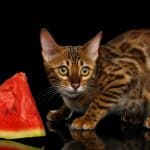 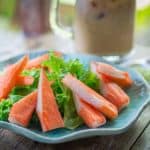 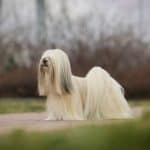