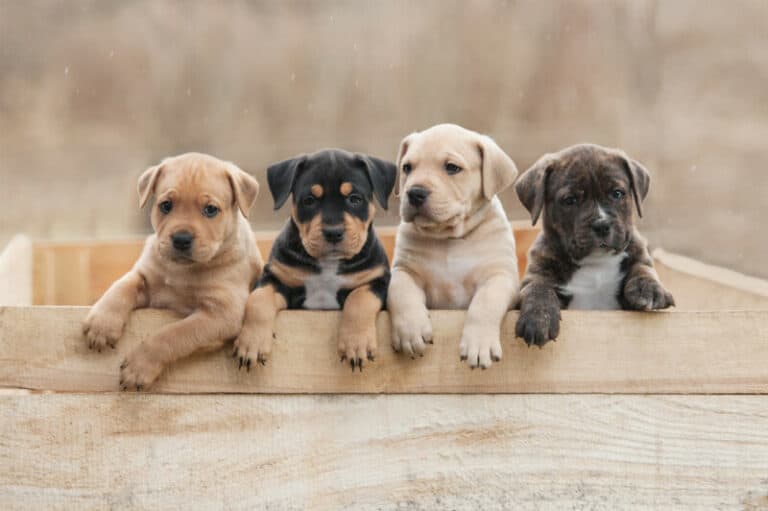 We often hear about dog pups being separated from their mother once they’re a few months old. Is there a reason puppies can’t be together with their mother forever? Do puppies miss their mother when they’re separated?

Puppies are usually separated from their mother when they’re bought or adopted by new owners. Pet owners typically adopt 1 to 2 dogs, whereas a litter can have as many as a dozen pups. Occasionally, a mother will reject her pups due to weakness or disease.

In this article, I’ll talk about why puppies are often separated from their mothers and tell you whether or not it’s okay for a puppy to stay with its mother forever. Keep reading to find out.

Can a Pup Stay With Its Mother Forever?

To tell you the truth up front, yes, pups can stay with their mother forever. As they often do in the wild! In groups of undomesticated dogs, pups usually stick around with their mothers for up to three years.

However, when it comes to domesticated dogs, pups are typically separated from their mothers when they’re a few months old. There are several reasons for this.

Most Owners Prefer Having 1 to 2 Dogs

Most dog owners have 1 to 2 dogs. And it’s obvious why. There’s a lot of responsibility associated with owning a dog.

Dogs need a balanced, nutritious diet, a regular exercise routine, and lots of playtime. They need regular health checkups and medical care, which can cost quite a bit in the long run.

It’s true that some dogs are couch potatoes that can’t be bothered to move, but most will require daily physical and mental stimulation from you.

On top of that, dogs have predatory instincts that need to be kept in check. Needless to say, owning a dog can be a demanding task!

So when dog owners looking to buy or adopt choose a pup they like, it ends up being separated from its mother and littermates.

Of course, the new dog owners do not intend for the pup to be separated from its family.

Raising a Litter Of Puppies is Difficult

Another very common scenario where a pup ends up separated from its mother and littermates is when a female pet dog has an unwanted pregnancy.

You’ve probably experienced this one before; a friend or family member offering pups for adoption because they weren’t ready to care for them.

A litter can have as many as 12 pups, with 6 being the average, so it makes sense why owners give them away. Raising a litter of pups is no easy feat. It’s a long-term commitment not many are prepared for.

As I mentioned earlier, most pet parents prefer having 1 to 2 dogs. Owners who aren’t ready to care for all the offspring have no choice but to offer the pups up for adoption or take them to an animal shelter.

The above scenario is a large part of why neutering and spaying are so important – these operations prevent unwanted pregnancies and reduce the number of homeless dogs.

Mothers Can Reject Their Pups

When a female dog rejects her pups, it’s usually due to weakness or illness. She can reject a single pup or even her entire litter.

Sometimes, a hormonal imbalance can result in the mother’s maternal instincts failing to kick in, in which case she will have no innate desire to nurse her pups. Dogs that bear via C-section are more likely to develop this problem.

Pups that have been rejected by their mothers have to be nursed by the dog breeder. If this happens in a domestic setting, it’s best to get in touch with an animal shelter.

Will a Mother Reject a Pup Touched By a Human?

The claim that animals will reject offspring touched by humans is a myth. You can safely touch your dog’s pups if she is comfortable with you doing so.

Keep in mind that mothers are usually very protective of their pups, so you may not get the positive response you were hoping for. It’s best to leave the pups alone until they’re a few weeks old; they’re delicate and easy to inadvertently hurt.

Have a look at some frequently asked questions before you go.

Do puppies miss their mother?

Puppies are very strongly attached to their mother for the first few months after birth and will miss her when separated.

However, dogs don’t have the mental capacity for such emotions like humans do. Most pups will only miss their family for a few days and, at most, a few weeks.

After that, they’ll naturally settle in with their new family without a problem.

Interestingly, pups who stay with their mother and littermates for longer can recognize them even after years of being apart.

When should puppies be separated from their mother?

Most experts agree that pups should not be separated from their mothers until they are eight weeks (two months) old.

Some suggest waiting until 3 months of age. Any sooner than eight weeks, and the pup is likelier to suffer from long-lasting mental side effects, such as separation anxiety. 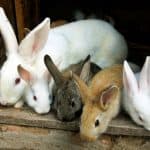 At What Age Can you Separate Baby Rabbits from Mother? 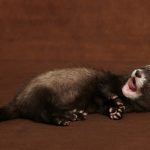 How to stop Ferrets From Pooping Everywhere? 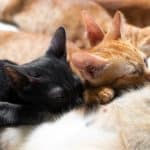 How can I get my cat to stop nursing from its mother? 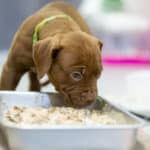 How Much To Feed a Pitbull Puppy