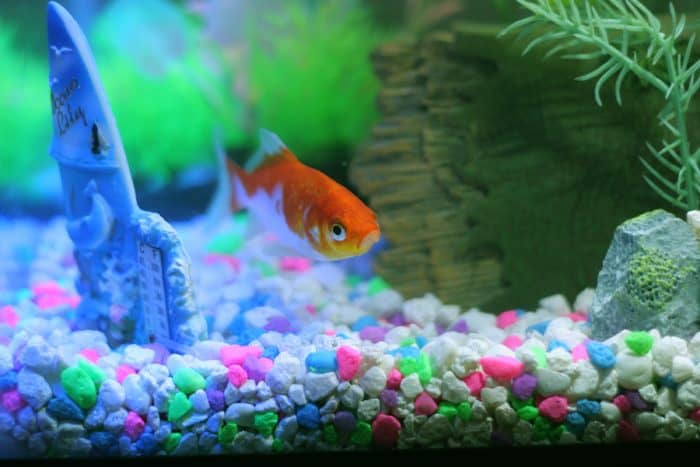 Want to add more tank mates for your mollies, but avoid any fights between them?

Which types of fish can be take mates for mollies? Though produced in the wild and evolving for domestication, their temperament or behavior which has become one of their distinct characteristics is still peaceful compared to other types in its genus as sphenops.

Now let us check some good tips for choosing the perfect tank mates for your molly fish in order to keep them safe and healthy.

Mollies are less demanding, easy to breed and only consume a smaller tank capacity of approximately 10 gallons or more. For beginner fish keepers, the black molly is highly recommended as they are hardy fish and are easy to keep.

Their characteristic of getting used to different and evolving water conditions have taken the test of their strength through time and have made them fully adaptive from brackish, freshwater, to even salt-water conditions.

Molly fish diet is described omnivorous, meaning it is easier to maintain as it can feed on any food available.

Mollies are actively moving sphenops types, so to successfully keep a group, you will need a 13-gallon capacity tank (50 liters) to avoid crowding and comfortably grow your mollies with a stable biotic balance in their habitat.

Molly fish can live with the following in the same tank:

Mollies are most compatible with each other inside a tank with just a small number of males and several females.

All Molly varieties may differ in appearance and size but the ways of breeding, caring and compatibility for all of them are always leveled the same. The Molly fish is distinguished easily because of its elongated body that is a bit flattened from the sides, having relatively larger eyes and upward mouth.

It does not look as flowy and artsy as guppies or the other ornamental fish in its early days, but they gain their maximum size and beauty roughly during its second year after birth.

The male fish grows only up to 3 inches long (6-7 centimeters), while the females may grow to as large as 4 inches (about 10 centimeters) at the age of about 6 months.

Most of them are colorful, but the Black Molly fish does not have any glitter or spots on its body which makes it distinct and easy to identify among others because of its “coal-black” color.

Molly fish are active, yet peacefully tempered, provided that its tank is not too small for a group to roam around, as it can show a moderate sign of aggression towards its kind or at times the other creatures in the tank, that’s why it’s better to keep it back in a group having more number of females (a common rule for all live-breeders).

This is needed to avoid stressing the female mollies from males that would haunt them all the time, while if situated with more males in a small-sized tank, they might haunt fellow males. So to balance, female mollies should dominate in number.

Every fish species has a water condition requirement for their survival, even so for the Molly fish. These fish are active. Therefore, their tank should not be crowded at all.

To successfully grow and keep them, 13 gallons (approx. 50 liters) is a perfect size. Mollies adapt to any new condition in its tank parameters perfectly.

Mollies cannot withstand rapid changes in temperature, so there should be a maintained temperature range of 25-27 degrees Celsius, pH/ acidity levels of 7-8, water hardness of 20-30 dGH.

Some resource aquarists even recommend putting in some salt in the tank’s water especially if the molly fish lives alone or when they are in quarantine for parasitism or sickness.

They also like the condition of fresh water, that’s why it is better to renew water regularly maybe once a week per ¼ of its volume to rid the water of ammonia, nitrites, nitrates, or any nitrogenous compounds in the tank.

It’s better to make a thickly planted fish tank because mollies like consuming scrap algae from tank plants, with proper air and filtration, as well as open, and well-lighted area of situation.

Mollies are classified as omnivores. They feed on live, frozen or artificially processed fish food. They need a large amount of vegetable fibers, found in algae or vegetables itself.

The wild molly fish consume a lot of algae in its diet which is duly manifested in its daily behavior of scraping algae accumulated in its tank glass or decors.

Aside from the processed, ready-to-eat fish flakes available in the market, you can give pieces of boiled cucumbers, squash, or lettuce leaves, as the vegetable component is very important in the fish’s diet.

You may also add regular live food for the fish such as bloodworms, tubifex or brine shrimps. Ensure a high quality of food set for your pet mollies to avoid them from getting ill or catching infections as well as keeping the tanks clean and conditioned.

Molly fish is a known live breeder like Guppies, meaning after mating, the mother molly gets pregnant and then gives birth to live babies.

Mollies do not require any special condition for breeding, because merely keeping a few males and more number of females in the tank is enough to keep on reproducing the species.

With a well-conditioned habitat for them, mollies usually get pregnant every month. The male molly fish becomes mature for reproduction at about the age of almost 12 months, while the females start their fertility age within as early as 6 months of existence.

The male molly uses its gonopodium (male fish reproductive organ) which has a tube that’s designed in a hook-like fashion to securely fertilize the female which increases its chance of successful breeding. Female mollies carry the fertilized eggs for 35- 45 days.

The molly fish also starts hiding and becoming lazy during pregnancy. Once the fish keeper notices such changes in the behavior of the female molly, it is advisable to put them in a separate tank provided with the same conditions as that of their former tank.

Most often, the birthing process happens early in the morning. Large-sized pregnant females may give birth to up to a hundred fry (baby fish) all at once. But this number is, at times, affected by the fish’s age and size.

Juvenile offsprings don’t swim upward right away after birth, so they stay on the leaves of tank plants for a while before coming out in the wider parts of the container. During this time, they are very sensitive to contamination, so it is advised that the tank water should be renewed more often than usual.

To let the young molly fish grow fast, feed them with some microworms, or processed high-quality food specially made for the young offspring.

What type of Molly fish should newbie fish keepers buy? Black Mollies are a great choice; they are low maintenance, easier to feed, and breed.

Will the Molly fish survive in a bowl? This might not be possible because mollies have a bigger size, more frequent pregnancies, and increased activity; so it could be challenging to raise it in a fish bowl.

Are Mollies aggressive? Not a lot, but they are really active so most of the time, you’ll see them moving.

How long do mollies live? If you care for them properly, they can live for as long as 5 years!