Wolf Worm is another term for a botfly infection. For cats, this infestation is often more disgusting than severe — but that’s not to say that serious complications can’t arise. Keep reading to learn more about wolf worm infections in cats.

What Is Wolf Worm

Wolf Worm has many names, including botfly, warbles, and Cuterebra. It is the common name for the North American rabbit or rodent botfly.

There are at least twenty-six known species of Cuterebra found in the United States, Canada, and Mexico. The larvae of these parasites, which develop within the tissues of their animal hosts, are called warbles. These parasites usually feed on rodents like rabbits and rats. Adult female botflies lay their eggs at the entrance of rabbit burrows and rat nests. When the eggs hatch, the larvae attach to a host through the nose, mouth, or open wounds.

A cat that ventures into a rabbit warren or a rat den can come into contact with these parasites.

After the female botfly lays its eggs near rabbit burrows, the larvae infest these creatures. They enter the body of the host through wounds and orifices. After a couple of days, the larvae migrate to other body parts and continue their development.

The larvae complete their development within the host cat in 30 days. After this period, they leave their host and develop into a pupa (cocoon-like structure). Adult botflies hatch from the cocoon and rarely live for longer than two weeks.

How Cats Get Wolf Worm

Cats are accidental hosts for Wolf Worm and usually contract the parasite when hunting rabbits or rodents. When they explore these animals’ living spaces, the larvae can attach to them easily through openings such as the nose and ears. The head and neck are where cats are most often infected. However, the larvae can also migrate to the throat, eyes, or brain and cause severe issues.

Cats can contract this painful condition at any age, and infested cats can’t infect other cats. Cats that spend time outdoors near areas where rabbits or rodents live are susceptible to a Wolf Worm infection.

In its early stages, the infections most often go unnoticed. Most cases only become noticeable after the larva enlarges and a prominent lump is visible or felt beneath the skin. Closer inspection will reveal a small breathing hole carved out by the larvae. As it develops, you can also see a gray-brown worm covered in black spines in the lump. These symptoms occur in most cases where the larva migrates to the neck region.

In case the larva migrates to your pet’s nose, you will observe the following symptoms:

If the larva makes its way to your cat’s eye, you will notice these symptoms:

Regardless of where the larva migrates, your cat will be lethargic and show little interest in food. If you know your cat could’ve come into contact with this parasite, consult a veterinarian immediately.

Often, a physical examination is enough to diagnose Wolf Worm in cats. The swelling and worm are visible, and no special tests are required. If it is difficult to detect lumps, veterinarians will use special tests to find the parasite. For example, your veterinarian will do a rhinoscopy procedure if the parasite is deep in your cat’s nose or throat. A small camera is passed through the nose to detect parasites.

If your veterinarian suspects the worm has made its way to your cat’s brain, they will perform a CT scan or MRI (Magnetic Resonance Imaging). These tests scan your cat’s brain and spinal cord while she is under anesthesia.

Treatment of Wolf Worm in Cats

The first step of treatment always involves the removal of the parasite. Unless the worm is inside your cat’s brain, your vet will perform surgery to remove it. After identifying the lump, your vet will use forceps to remove the larva. Never try to remove the larvae yourself; always seek veterinary help if you suspect your cat is suffering from Wolf Worm. The larva will retreat from the forceps, so the removal requires extra care and precision. If any part of the larva is left behind or broken into pieces can result in secondary infections.

Your vet will make an incision and carefully remove the larvae, after which they will irrigate and debride the wound. Sometimes, the cat needs stitches to close the wound after surgery. Often you will need an  Elizabethan collar at home to prevent your cat from licking the surgical site. Additionally, your vet might also prescribe antibiotics and pain medication.

After surgery, vets usually prescribe antibiotics to treat any secondary bacterial infections caused by the larva. If the larva is inside your cat for an extended time, your cat will need a course of antibiotics. If the larva has made its way to your cat’s eye, your veterinarian will prescribe medications for eye treatment, such as antibiotic drops or steroids. These medications may either be oral or available as eye drops.

If the larva has made its way to your cat’s brain, treatment becomes difficult but not impossible. Your vet will inject your cat with Ivermectin, a medication that will kill the worm inside your cat’s brain. When the worm dies, it can cause a lot of inflammation and even a severe allergic reaction (anaphylaxis). Your cat will receive an antihistamine such as Diphenhydramine to prevent allergic reactions. Since the swelling is severe, your vet will prescribe oral steroid medications such as Dexamethasone and Prednisone. If you follow your vet’s guidelines and give medicines on time, your cat will recover much faster.

The Cost of Treating Wolf Worm

The surgery to remove the larva is usually pretty simple since it lives near the neck region. If it is located just beneath the skin, the surgery can range from $250-$700. The surgery can be more complicated if the larva lodges in inaccessible areas. The total cost will include the surgery and any medications prescribed for treatment.

If the larva has been inside your cat’s eye, it will require extensive treatment at a higher cost. Along with advanced surgery, your cat will need long-term medications and frequent visits to your veterinarian. The cost of everything should range from $1500 to $3000.

If the larva is in the brain, treatment costs depend on the severity of the condition. Your cat will require intensive care, including hospitalization, MRIs, and medications. The longer the larva has lived inside your cat’s brain, the more damage it will do. You should consult your veterinarian about the cost of treatment in this case, but it could range from $3000 to $5500.

Wolf Worm can be very destructive if not caught early. Diagnosed early and treated promptly, there are rarely any long-lasting complications. However, you must never try to treat Wolf Worm at home. Do not try to remove the parasite yourself, and always seek a veterinarian if you suspect your cat has Wolf Worm.

Anaphylactic shock is a severe allergic reaction with symptoms such as increased heart rate, severe respiratory distress, vomiting, drooling, seizures, coma, and even death. If your vet accidentally breaks the larva during surgery, they can access medications such as antihistamines, steroids, and anti-inflammatory drugs. However, if you attempt the surgery at home, you will not have access to these medications. Do not put your cat at risk willingly.

Other complications can also arise from Wolf Worm. When a larva completes development and leaves your cat’s body, an open wound is left behind. This open wound could require stitches and antibacterial medications. If left untreated, bacteria can fester within the wound and cause infection. If you suspect your cat has Wolf Worm, take her to the vet immediately. Do not wait for the infection to worsen, as it can have serious consequences. Prompt treatment leads to faster recovery at a lower cost to you and your pet.

Many complications could occur if the larva is inside your cat’s brain. Your cat may develop anaphylactic shock after the larva dies, but your vet can use antihistamines and steroids to combat the reaction.

How to Prevent Wolf Worm in Cats

After reading about Wolf Worm in extensive detail, you probably never want your cat to come in contact with this parasite. Along with vet bills, medications, and complications, there are many consequences to prolonging treatment if your cat has Wolf Worm.

The best way to prevent Wolf Worm in cats is to keep them indoors. The parasite feeds on rabbits and rodents, so their living spaces contain the Wolf Worm’s eggs. Cats love chasing rabbits and rats, which is how they come in contact with this parasite. Keep your cat indoors and supervise her time outdoors, especially if it is not within the confines of your backyard. After outdoor visits, bathe your cat and ensure she stays clean.

You should routinely check for lumps and other unusual developments. If you suspect your cat has Wolf Worm, consult your veterinarian immediately. 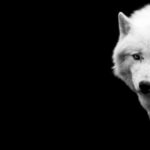 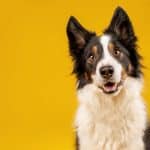 Is That White Spot on My Dog’s Nose Normal? 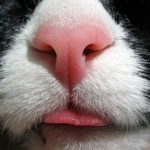 Why Does My Cat’s Nose Get Wet When Purring?