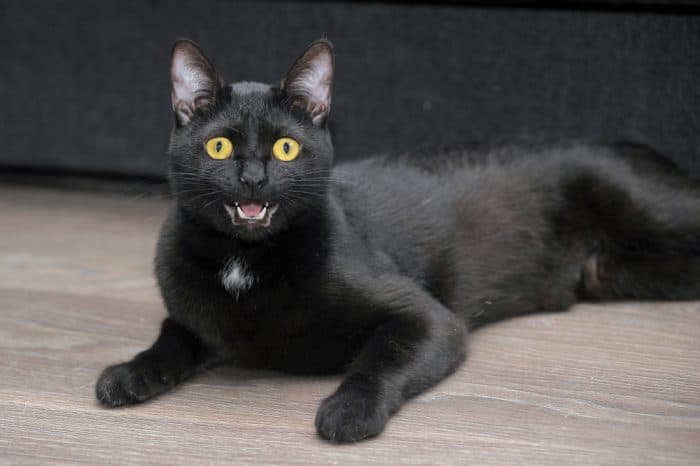 The fact that cats respond to what you say and even find a way to convey their message is nothing less than a miracle.

Cats are an excellent companions for  introverts.

They can talk, play and have loads of fun.

Bombay cats are one of the talkative one’s.

Are Bombay cats vocal? Do they meow a lot? Bombay cats are much more vocal than other cats. They are talkative and often meow when they are hungry, about to jump on someone’s lap or want attention, etc.

Being vocal, helps Bombay’s to express their emotions and feelings. 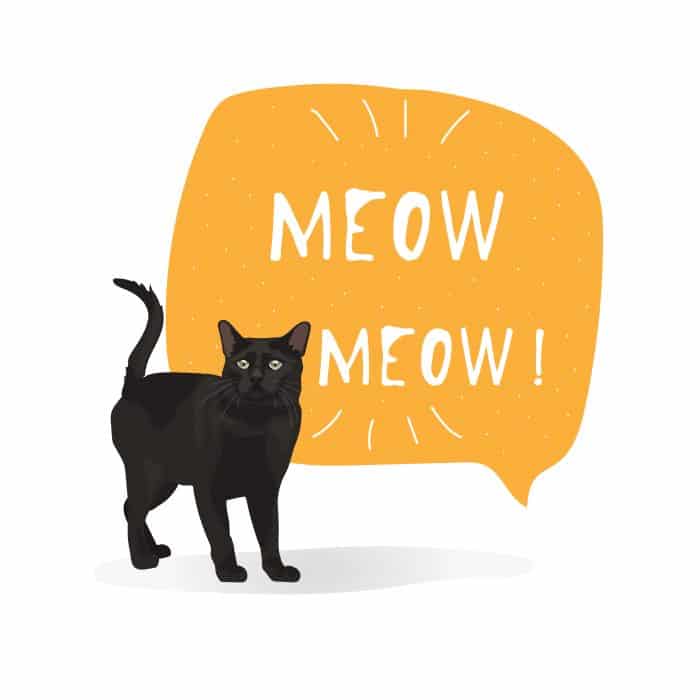 A Bombay cat’s meow is distinctive.

These cats are talkative but not noisy.

So it’s essential to pay attention to your cat’s meow.

The important thing is that not all Bombay cats have this characteristic.

Bombay cats can express their feelings by communication

They are vocal and meow a lot.

They will let you know they are sad, happy or excited.

It won’t be difficult for you to analyze their state.

Mostly Bombay cats do Meow before jumping into someone’s lap

most of the time before jumping they meow may be because of excitement or letting you know that I AM COMING.

Secondly, when they are starving, they scream for food.

Yes, you will have to hear MEOW whenever they are hungry

Even if you are sleeping, they will jump on your bed and will ask for food.

Conversation With Their Favorite Person

Bombay cats also respond when their favorite person is talking to them.

So yes, they can hold a relatively long conversation.

Their way of talking gives an expression that two humans are talking to each other.

Their vocal range is quite broad.

Because of this tendency of communicating and expressing emotions Bombay cats can be great companions, if you are a loner.

Your cat  will come to you, will start rubbing their heads on your body, just to start a conversation or share their opinion regarding something.

The language barrier isn’t really a problem for them.

Bombay Cats Are Vocal When They Need Attention

Bombay cats are famous for always trying to get the attention of people the around them.

So one of the common strategies they use is that they become vocal.

In order to get your attention, they meow constantly.

In case you get irritated by Bombay cat’s meow, I would suggest  buying a good toy for your cat to keep her distracted.

Bombay Cats Meow When They Are In Pain

Almost all the cats meow when they are in pain, so do Bombay cats

If something hard falls on them, the first thing you will hear will be shrieking MEOW.

More often than not, they continuously cry even it often reaches to the level that it starts irritating you.

There can be various reasons for crying at night.

Keeping in mind these specific breed characteristics it is also essential to know that within one breed, cats can have different nature.

The name BOMBAY CAT is  inspired by the black leopard of India.

Therefore they are named after a port in India.

Bombay cat is sometimes also called mini panther because of its appearance.

They want a lot of time and attention.

Bombay cats are confident and friendly.

They enjoy spending time with people around

They also want to be petted by you.

And Bombay cats like to be close to owner most of the time that is how they show affection.

Bombay cats are very much faithful to the person who owns it.

They can not only live with humans but can tolerate dogs too.

Bombay cats are not mean but dependent and sometimes clingy too

Though these cats want to dominate

Bombay cats like to play with children, elders, toys and even other cats

They get upset when they are mistreated

Bombay cats are smart enough to surprise you

They will make you understand different things

They rarely get aggressive.

These traits make them unique.

How to identify a Bombay cat

Their ears are of medium size, and the head is round

Their hair is always short because the parents had short hair

Bombay cats eyes  are mostly of between gold and copper color range and sometimes blue too.

These black silky fur and button like copper, gold, and occasionally blue eyes of Bombay cats will distinguish them from other cat breeds.

However, their charming and swaying walk is another way to differentiate Bombay cats from other cats.

Why do cat meow in the heat? When the cat is in heat, she meows because she is probably looking for a mate.

1 thought on “Are Bombay Cats Vocal? Do They Meow A Lot?”